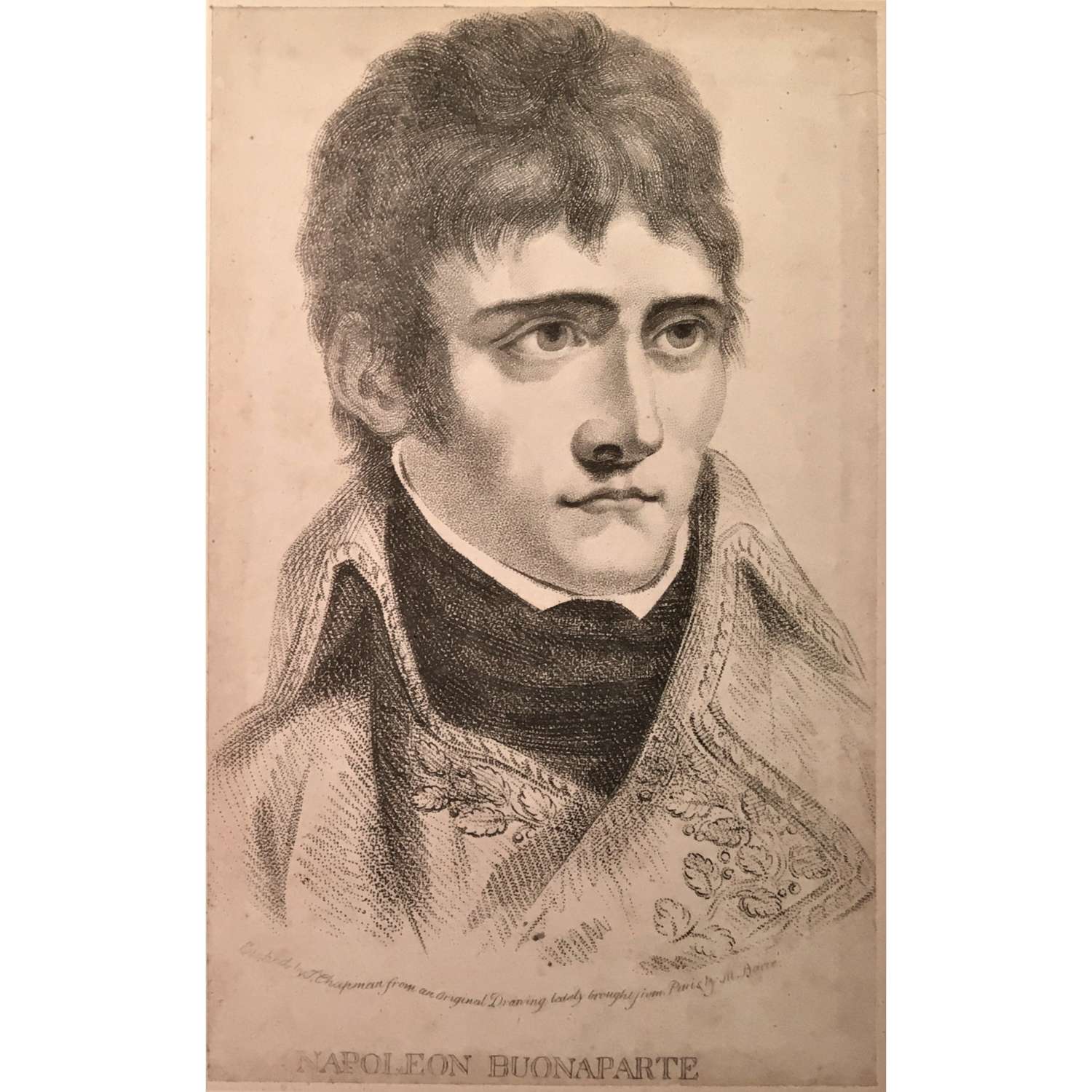 Stipple engraved portrait of Napoléon Bonaparte bust-length, looking to the right, wearing his uniform as First Consul, being a jacket with high collar embroidered with oak leaves in gold braid. Lettered beneath the image with the subject's name and the meandering publication line "Etched by J, Chapman from an Original Drawing lately brought from Paris by M. Barré." The print appeared as the frontispiece to "The History of the French Consulate, under Napoleon Bonaparte..." by William Vincent Barré (1760?-1829), Published in 1803.

The original drawing, on which this image was based, was brought to London from Paris by William Barré in 1803. Barré had been Napoleon's personal interpreter but was obliged to flee France having written some scurrilous verses about his employer. He fled to England where he became an outspoken critic of Napoleon's regime, writing his "The History of the French Consulate, under Napoleon Bonaparte". 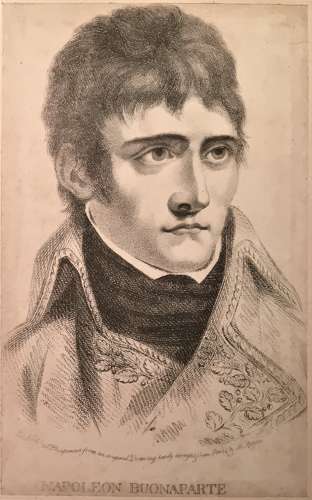