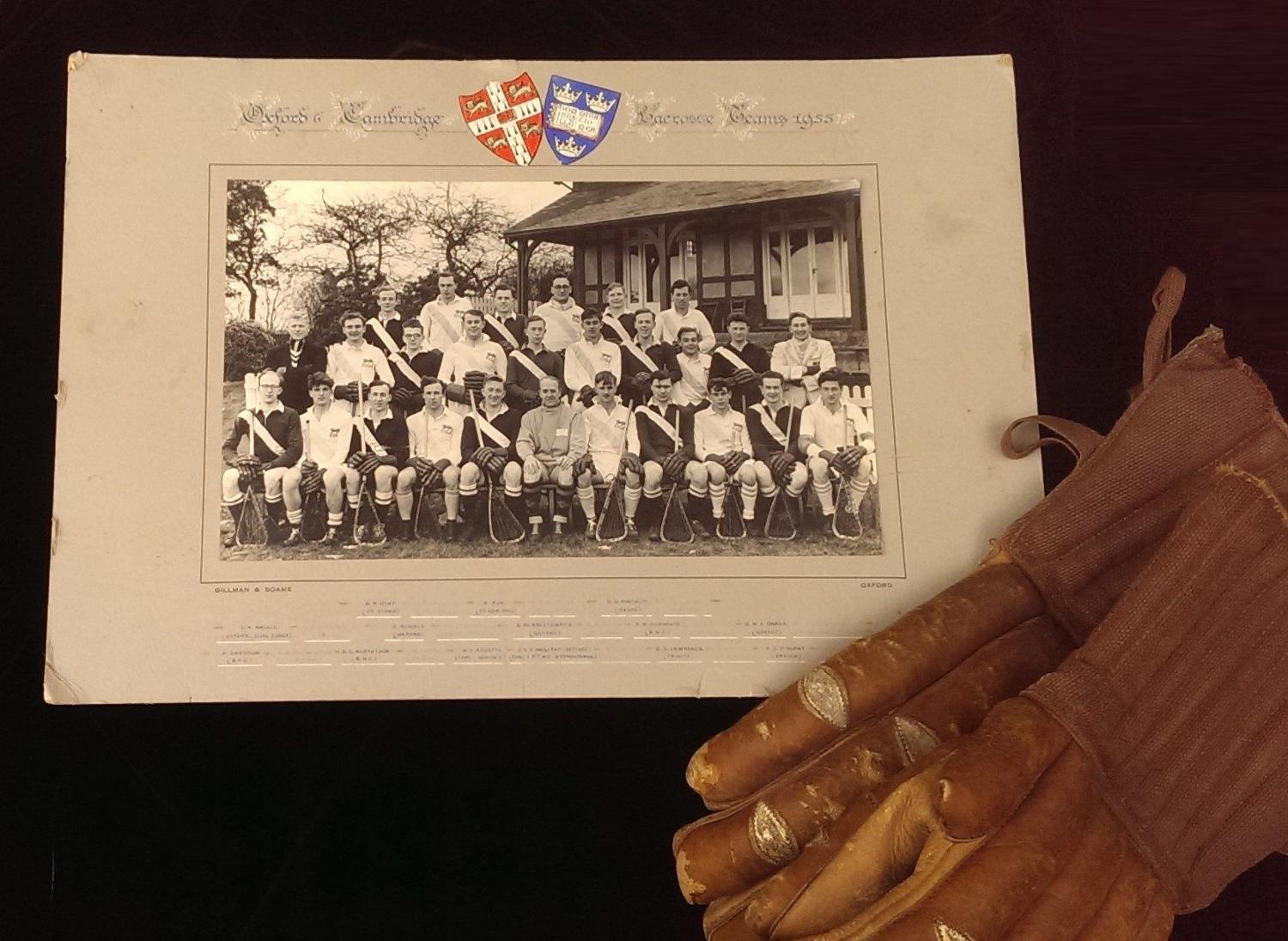 An Historic Vintage Photograph of the 1955 Oxford and Cambridge Varsity Lacrosse Teams by Gillman & Soame of Oxford – Together with a pair of size 9 (approx.) leather lacrosse gloves by Alec Watson & Mitchell's Ltd of Manchester

Mount with university crests and calligraphic heading and listing of the names and colleges of 27 players.

Notes:
An historic photograph of the Oxford and Cambridge men’s Varsity Lacrosse teams of 1955. This match is one of the oldest rivalries in Lacrosse. Cambridge University’s men’s lacrosse team was founded in 1882, making it the oldest university lacrosse club in the United Kingdom, and one of the oldest clubs in the world. The first fixture between Cambridge and Oxford clubs took place in 1903 and 2018 saw the 102nd Men’s Varsity Lacrosse Match. The 1955 match (the year of this photo) saw Cambridge’s biggest win at 25-4.

It is interesting to note that the referee “J N S Melland” is 'Nevill' Melland (1904-1990), a nephew of the Liberal PM Herbert Asquith. Nevill Melland was the son of Norman Melland (1865-1933) – the man who first introduced the game of Lacrosse to the UK from Canada.

Amongst other things, 'Nevill' Melland was also a member of the GB Ice Hockey team at the 1928 Winter Olympics. The Oxford Captain, named as “W. N. Adsetts”, went on to become Sir (William) Norman Adsetts OBE (born 1931). Many of the other names also had distinguished careers.

The 1950’s lacrosse gloves associated with this photo were made by Alec Watson & Mitchell's Ltd of Manchester, the best sports shop in that city.

Acquired by the Lacrosse Hall of Fame & Museum, USA