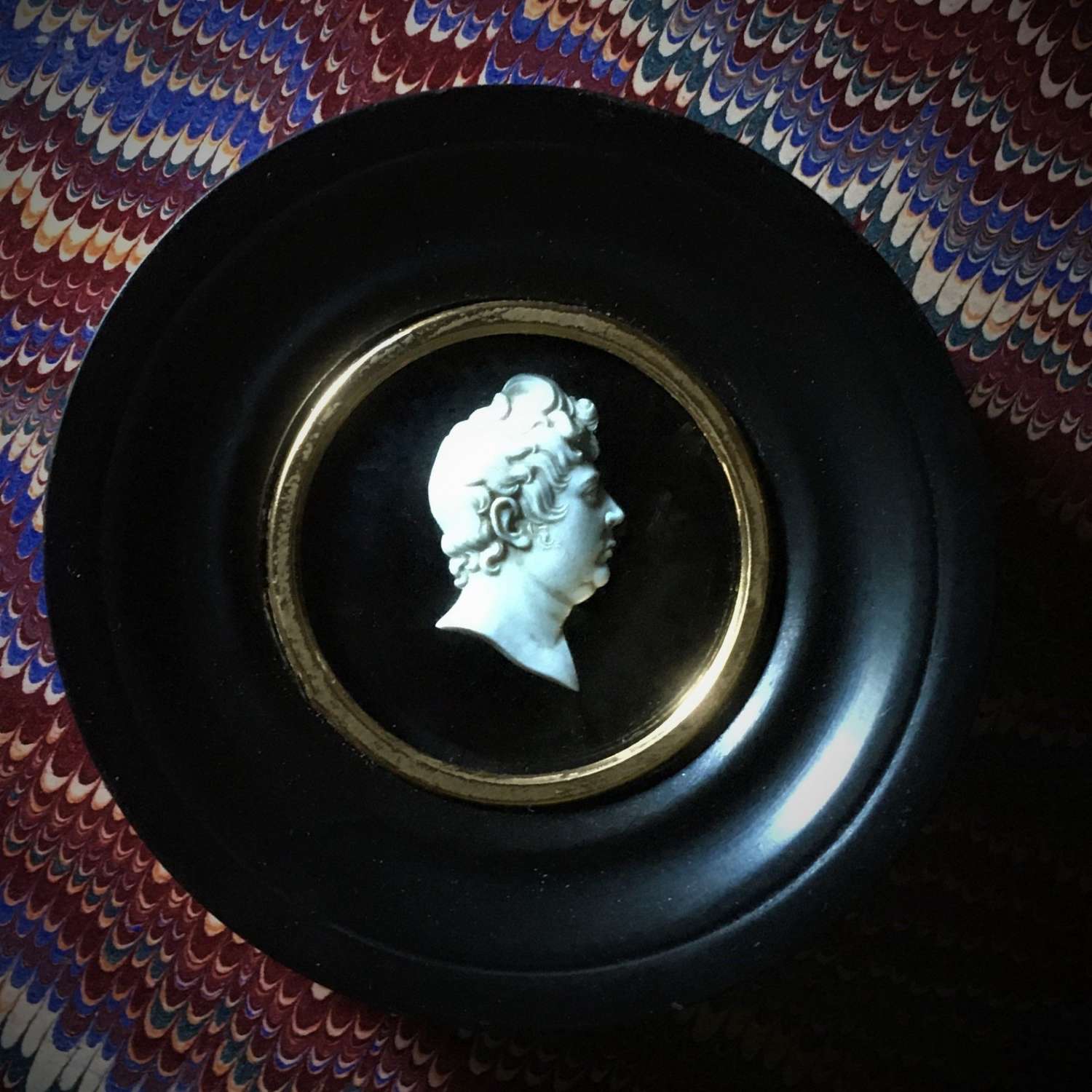 A fine sculpted miniature likeness of the Prince Regent. Peter Rouw was appointed sculptor and modeller of gems and cameos for His Royal Highness, Prince of Wales in 1807. The portrait closely relates to the image of the Regent used on a number of gold snuff boxes, presented to various recipients around the time of the Visit of The Allied Sovereigns in 1814. For examples of these see British Museum, (1978,1002.228); Victoria & Albert Museum (Department of Sculpture, 390-78); and Christie's, London, 30-31 May 2012, "Centuries of Style: Silver, European Ceramics, Portrait Miniatures and Gold Boxes", Lot 30. There are differences between the profile here and other images made by Rouw, which were used on the commemorative medal for the laying of the foundation stone for the Covent Garden Theatre in 1808 (BHM. 638) and Wyon and Rouw's medal to commemorate the Regency in 1811 (BHM. 706).

A stipple engraving of a very similar (possibly identical) cameo by Peter Rouw was made by Robert Webster in 1817. This print, dedicated to Princess Mary Duchess of Gloucester, has the publication line "Modelled by P. Rouw_ Drawn Etched and Published by R. Webster..." (See Royal Collection RCIN 605305 and British Museum Mm,15.105). 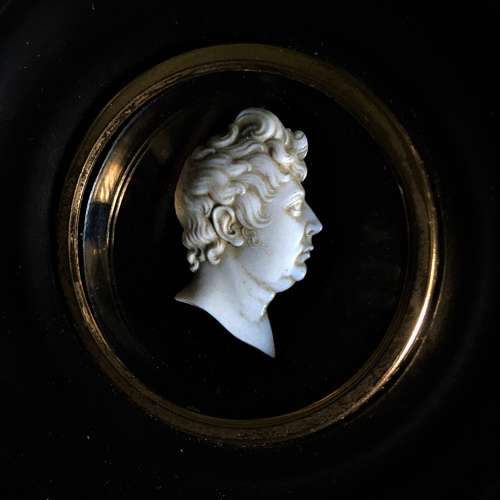