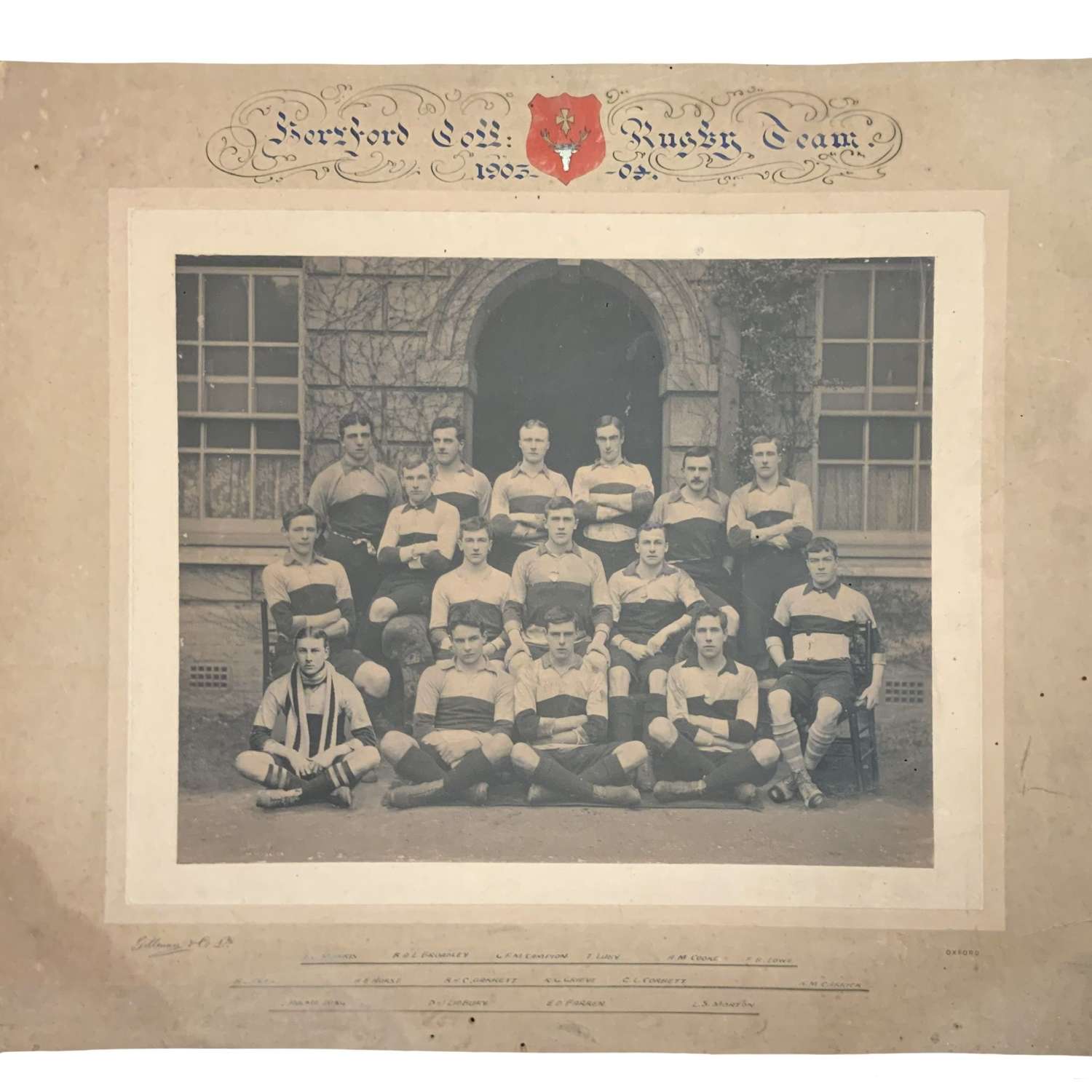 An Historic Antique Oxford University Photograph of the Hertford College Rugby Team of 1903-1904 by Gillman & Co, Oxford. Mounted with the College's crest, illuminated heading and with calligraphic names listed beneath.

G.F.M. Campion [Gilbert Francis Montriou Campion (1882-1958)] who became Lord Campion G.C.B., K.C.B., C.B., M.A., D.C.L.. Born in India and attended Bedford School before gaining a scholarship to Hertford College. Took a First in Mods. and then graduated with a First in Lit.Hum. He was a Captain in the R.A.S.C. during WWI before being invalided home from France. He joined the Civil Service and, in the fullness of time, became Clerk to the House of Commons, a position in which he served for eleven years.

G.L. Corbett [Sir Geoffrey Latham Corbett K.B.E., C.I.E. (1881-1937)]. Attended Bromsgrove School before gaining a Scholarship to Hertford, where he read Classics and took a double first. He became a distinguished Civil Servant in India etc. He was also a keen mountaineer and was a founder member of the Himalayan Club in 1928 (becoming its first Honorary Secretary). Interestingly, he was also uncle to the film director Michael Powell (1905-1990).

R.G. Grieve [Robert George Grieve, C.I.E. (1881-1952)], became a Fellow of the Royal Geographical Society and a respected educationalist, who served as Director of Public Instruction to the Government of Madras.

A scarce historical photograph with some fascinating associations. 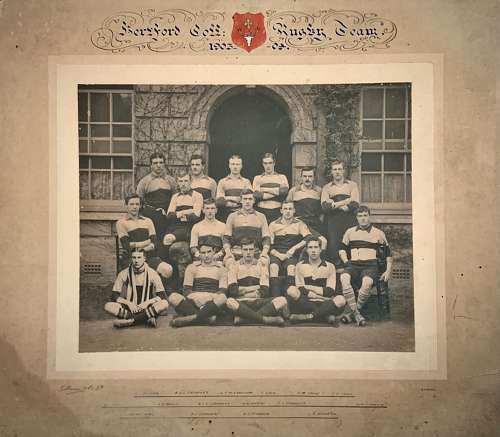