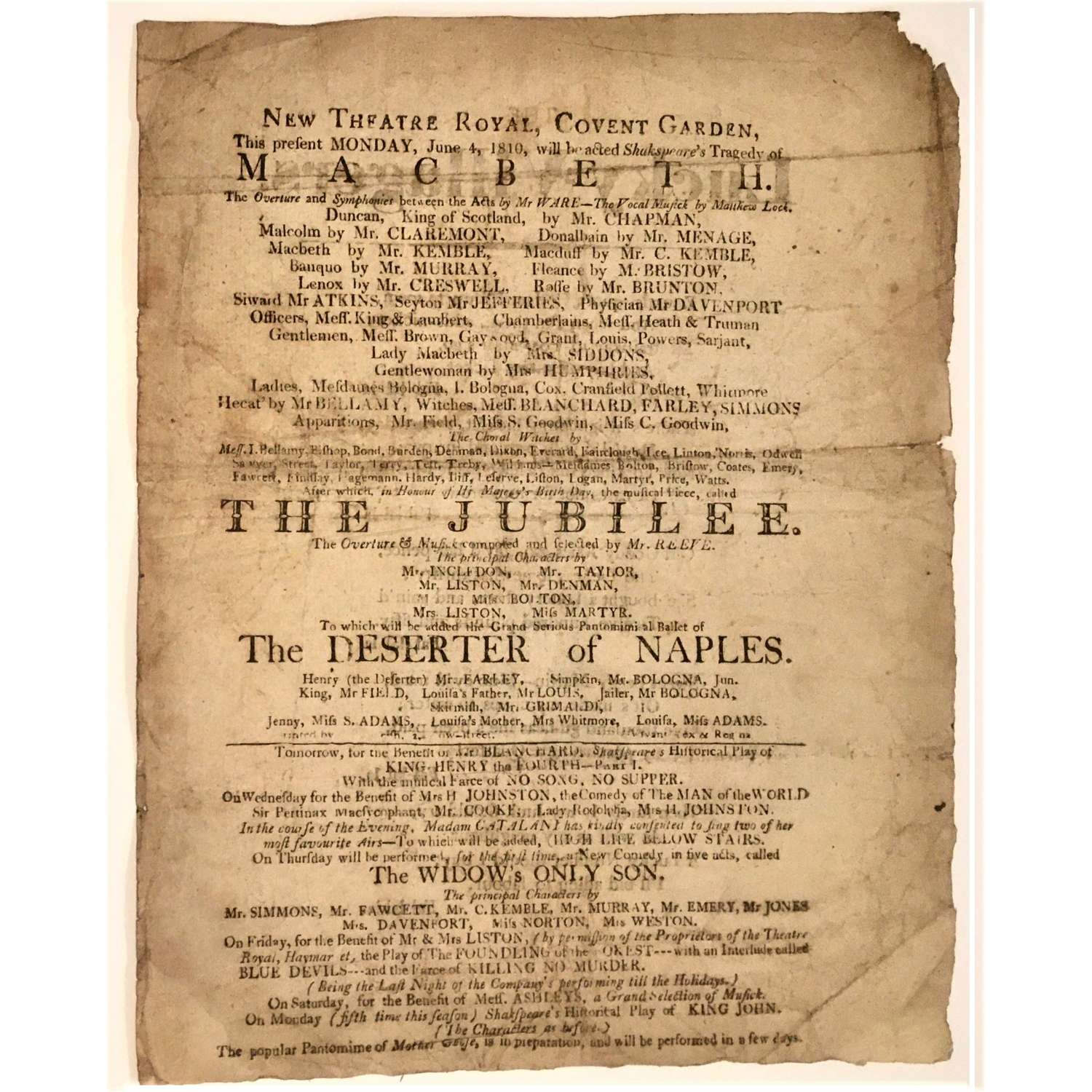 A scarce George III playbill for Monday, June 4 1810 with the cast for a production of Shakespeare's 'Macbeth' with three of the stellar actors of the early 19th Century stage. Also includes Joseph Grimaldi in the pantomime of The Deserter of Naples.

Early theatre playbills doubled as programmes and also as posters for forthcoming productions. Collecting them was seen as a refined pursuit within high society circles. This playbill is unusual for being printed on both sides with the reverse having what appears at first sight to be a song entitled "The Lucky Villagers" but is almost certainly an advertisement promoting one of Thomas Bish's lotteries. 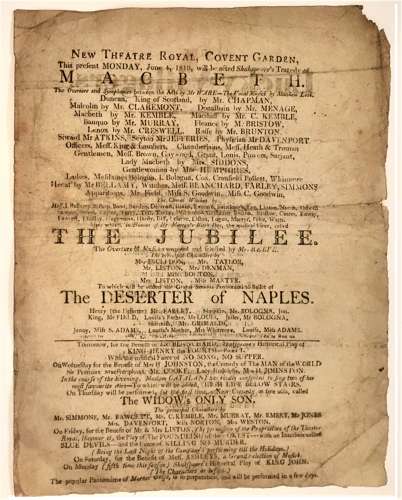 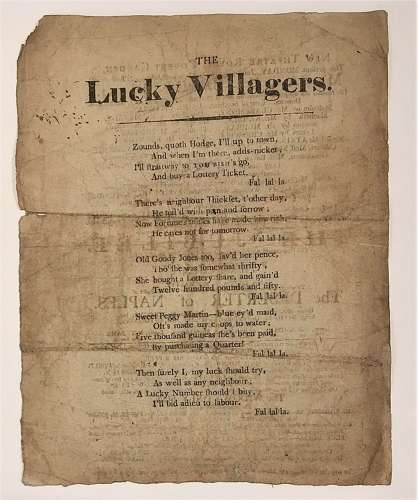