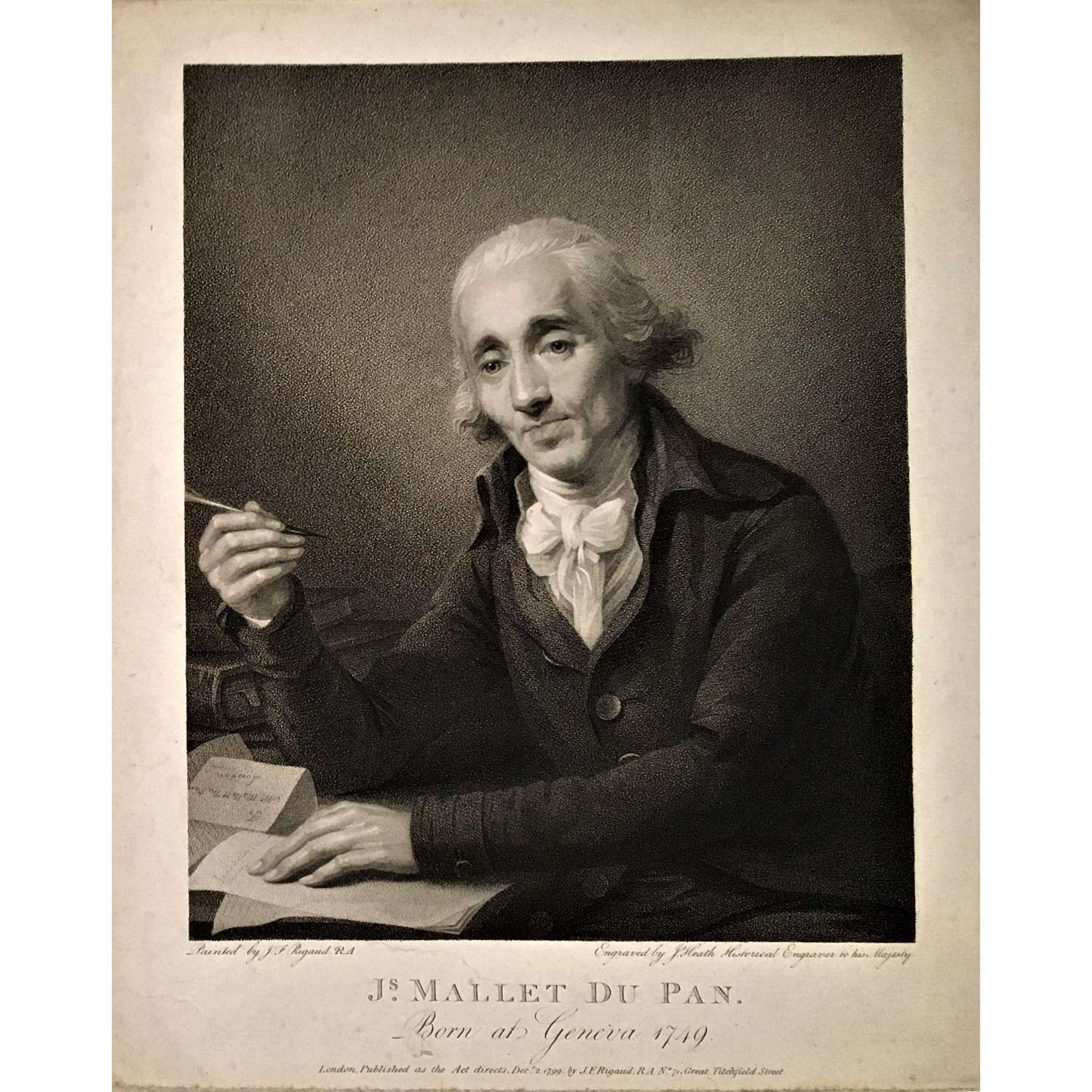 Jacques Mallet du Pan was born in Switzerland to an old Huguenot family. He came to live in France as a writer and sided with the Royalists at the outbreak of the French Revolution. He was sent on a mission by Louis XVI to try and secure the intervention of the German princes on his behalf. As the Reign of Terror began in 1793  Mallet du Pan famously observed "A l'exemple de Saturne, la révolution dévore ses enfants" ("As per Saturn's example, the Revolution devours its own children"). He communicated with the British spy master William Wickham (1761–1840) and published a number of anti-revolutionary pamphlets from Bern. His criticism of the Directoire and of Bonaparte's conduct in Italy led to him being exiled as French troops entered Switzerland in 1797. The year before this print's publication, in 1798, he came to live in London where he founded the Mercure britannique. Already in poor health he died of consumption in Richmond upon Thames in 1800.

It was in his Mercure britannique that the first known use of the expression “Universal Suffrage” appeared and Mallet du Pan is now considered to have been a champion of democracy and one of the early pioneers of modern political journalism.

It is very interesting to note that his portrait has been made here by John Francis Rigaud, an artist also of Swiss-French Huguenot descent, who had been resident in London since 1771. The image was also published by Rigaud who, amonst other subjects, specialised in portraits of those of his notable contemporaries who he particularly sensed would be judged as important by posterity.  Rigaud commissioned the hightly accomplished and much admired printmaker James Heath (1757-1834) to engrave the portrait to ensure it was done with exceptional skill and accuracy. Heath had been appointed as Historical Engraver to King George III, in 1794 and continued in that post under successive sovereigns until his death. 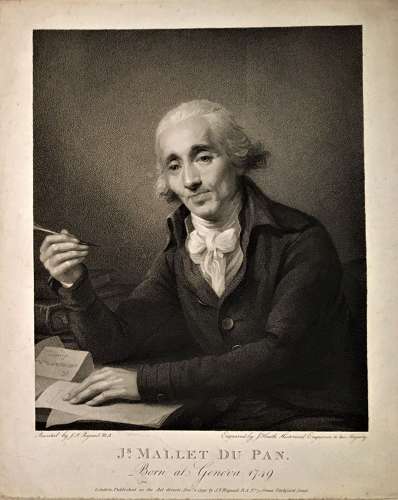