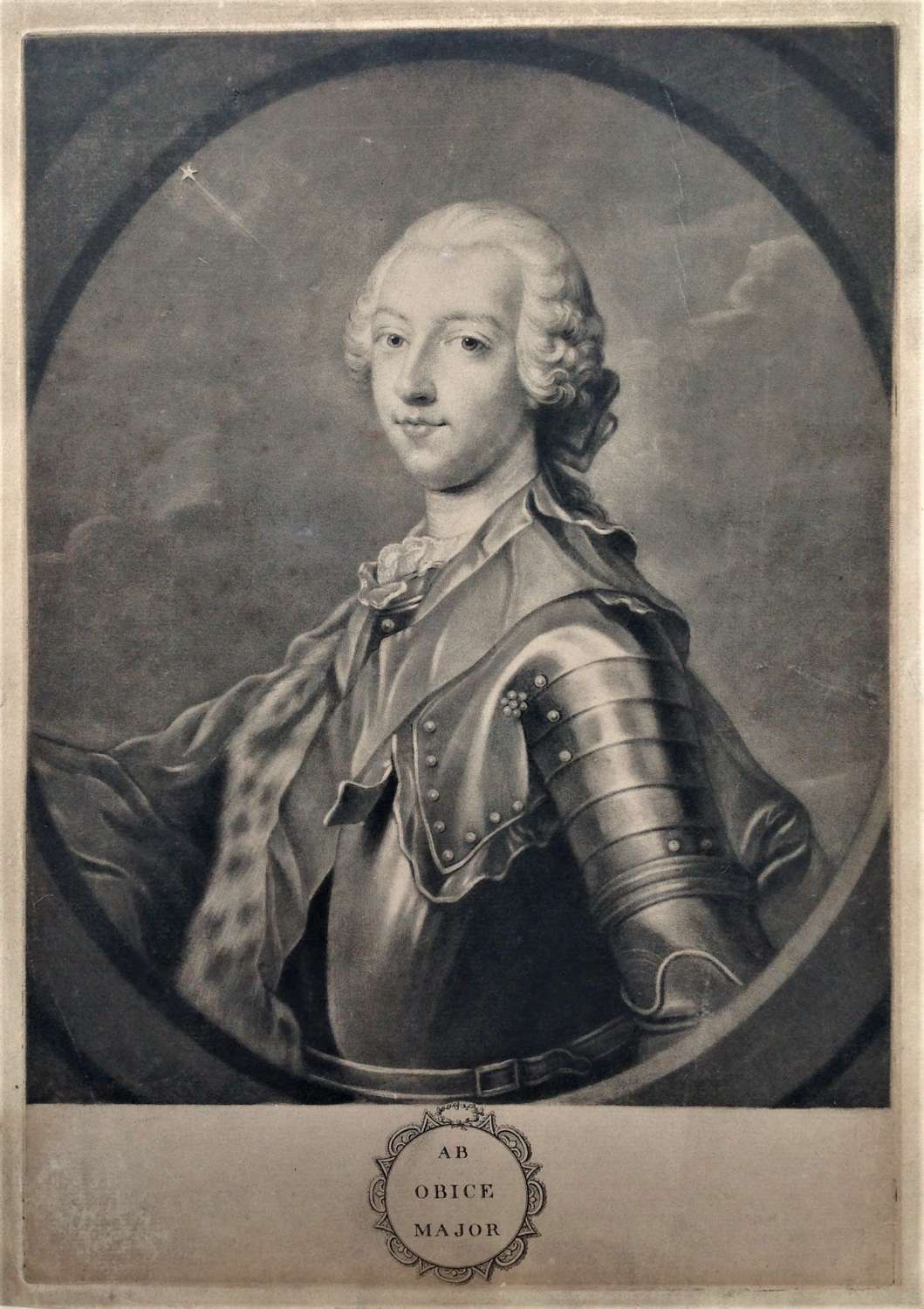 Mezzotint of Charles Edward Stuart (1720-88) after a portrait by Philippe Mercier (1689-1760). Within a feigned oval. Half length in profile to left, looking towards the viewer. Wig tied in a bow, wearing armour, sash over left shoulder and ermine fur edged mantle over right. Top-left, in the sky at the edge of the oval, a star with its rays towards the sitter. Latin inscription beneath the image, "AB OBICE MAJOR" ["Stronger for the obstacle" (sometimes translated as "The Great Often Fail")] within a decorative circular border, topped with a wreath.

A rare and attractive image of "Bonnie Prince Charlie" issued anonymously at a time when an expression of loyalty to the Jacobite cause would have had grave repercussions. The print does not disclose the name of the subject but it would have been expressly clear to the supporters of the "Young Pretender". The star in the sky (as well as having messianic connotations) was associated with a Jacobite verse in circulation at the time:

Tho’ God as yet forbids he wear the Crown,
His Country’s Sin’s the Cause and not his own.
But, lo! Yon Star, that glitters thro’ the Skies,
His glorious Name declares and future Rise.

The young prince had been born in Rome on 31 December 1720. His birth coinciding with the festival of Christmas and the widely believed story that a new star had been seen over the Eternal City at that time were two of the many things which had filled Jacobites with hope. His defeat at the Battle of Culloden on 16 April 1746 (the final confrontation of the Jacobite rising of 1745) did not bring an end to the hopes of some that he might one day regain the throne for the Catholic Stuart Dynasty.

Literature
John Chaloner Smith "British Mezzotinto portraits from the introduction of the art to the early part of the present century" (103.II)