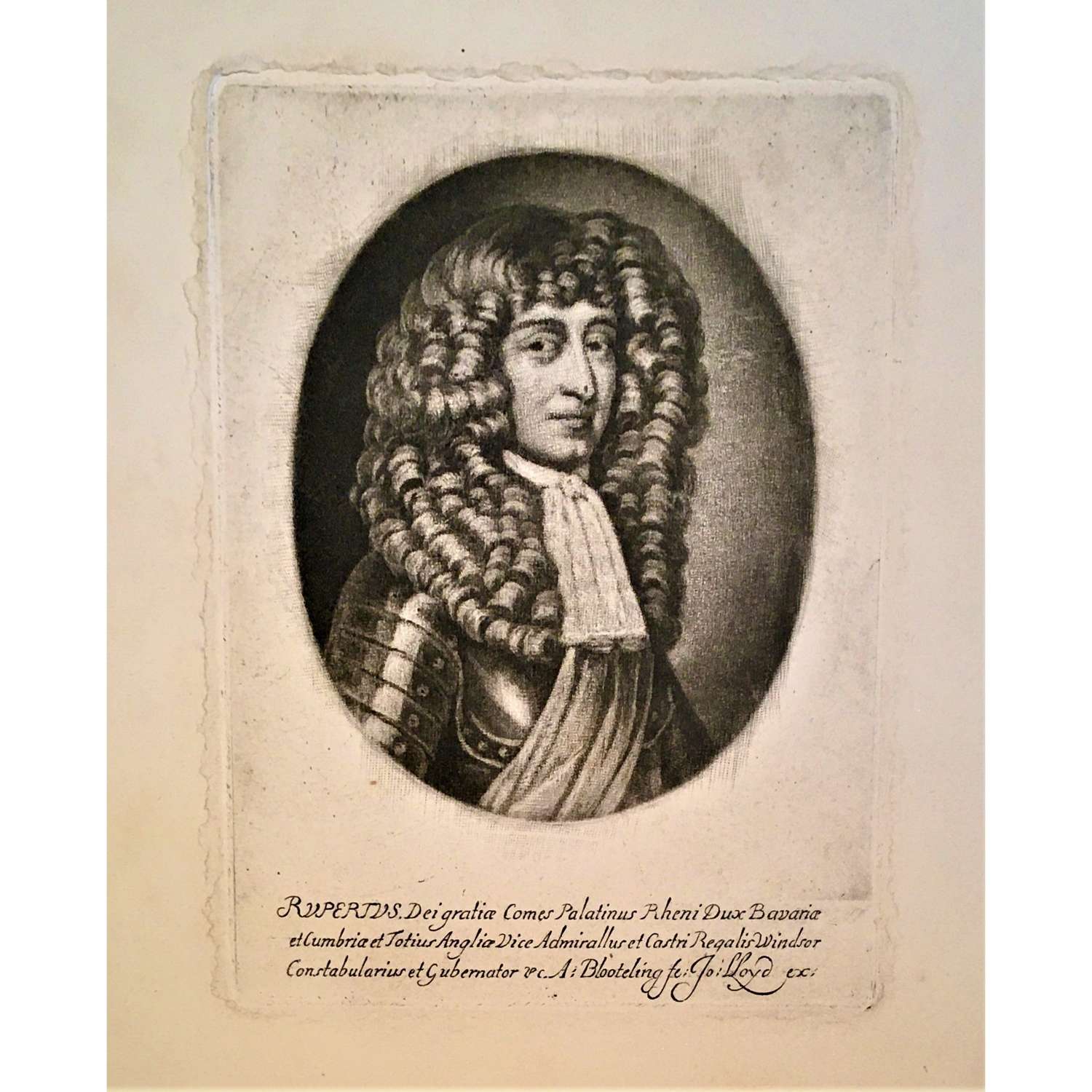 Prince Rupert was a nephew of Charles I and came to prominence as a senior Royalist general during the English Civil War. After the fall of Charles I he was forced into excile during the Commonwealth. He returned to England following the Restoration and became a senior naval commander for his cousin Charles II. He fought during the Second and Third Anglo-Dutch Wars and served as the first Governor of the Hudson's Bay Company.

In addition to his military exploits, Rupert was interested in the arts and sciences. He is closely associated with the development of the mezzotint printmanking technique and was a founding member of the Royal Society.

John Lloyd, the publisher of this print, was an important London print publisher whose name, like that of Prince Rupert, is associated with the discovery of mezzotint. 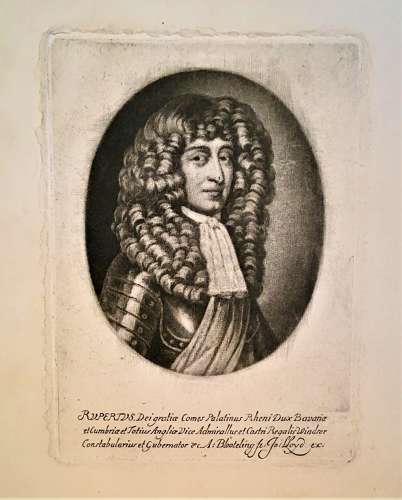