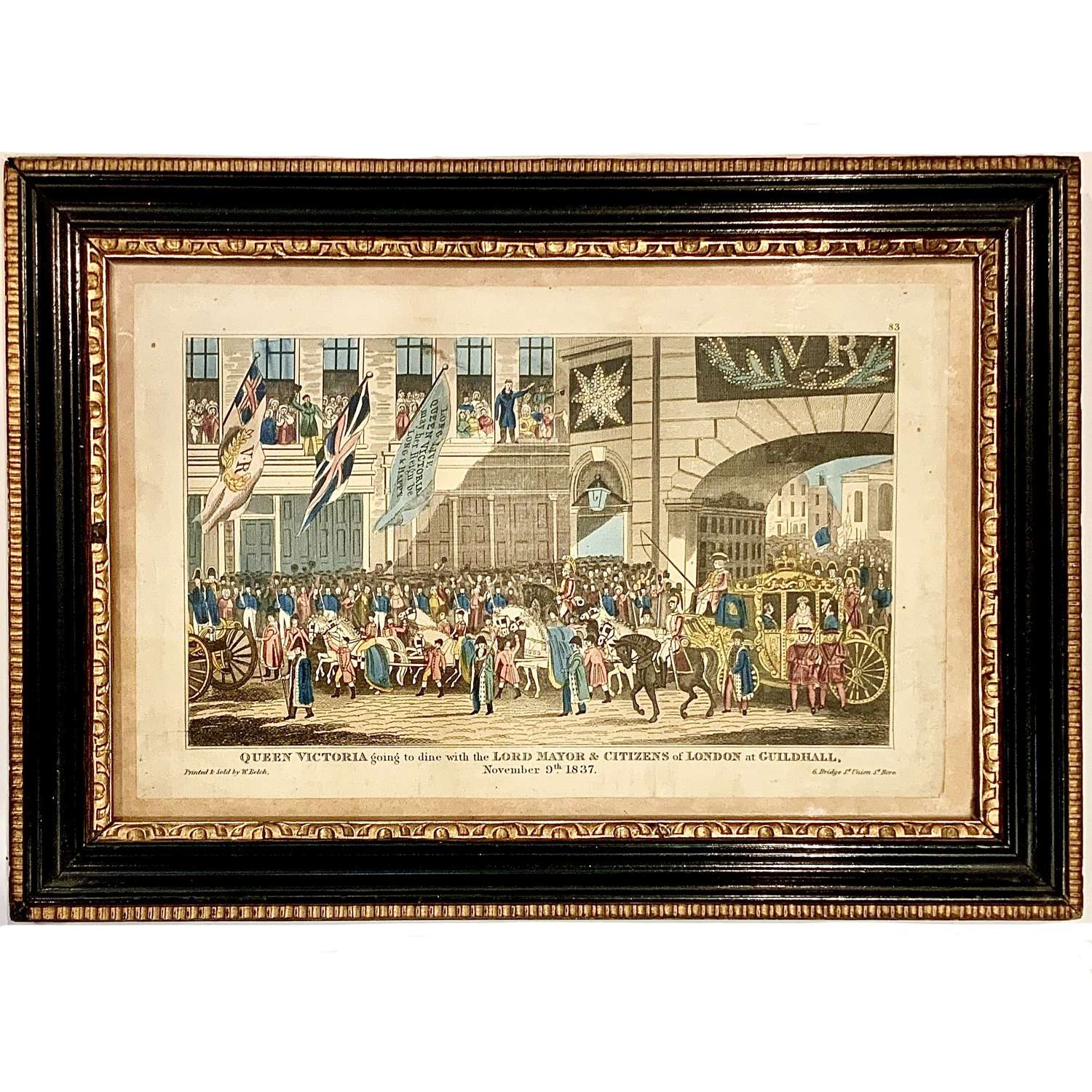 An image of Queen Victoria riding in a gilded coach pulled by eight white horses and entering the City of London at Temple Bar on Fleet Street. The gateway of Temple Bar is decorated with "VR" and an illumination. Various banners fly from windows and a crowd of well wishers cheer her arrival. Lettered beneath the image "Printed and Sold by W.Belch" "6, Bridge St. Union St. Boro". The print is presented in its original early 19th Century Hogarth style frame.

Queen Victoria succeeded to the throne following the death of her uncle King William IV on 20 June 1837. The event depicted here is her first state visit to the City of London on 9 November 1837 (her official Coronation did not take place until the following year).

Extremely rare. Only one other institutional copy of this print has been identified in the Guildhall Collection, City of London.