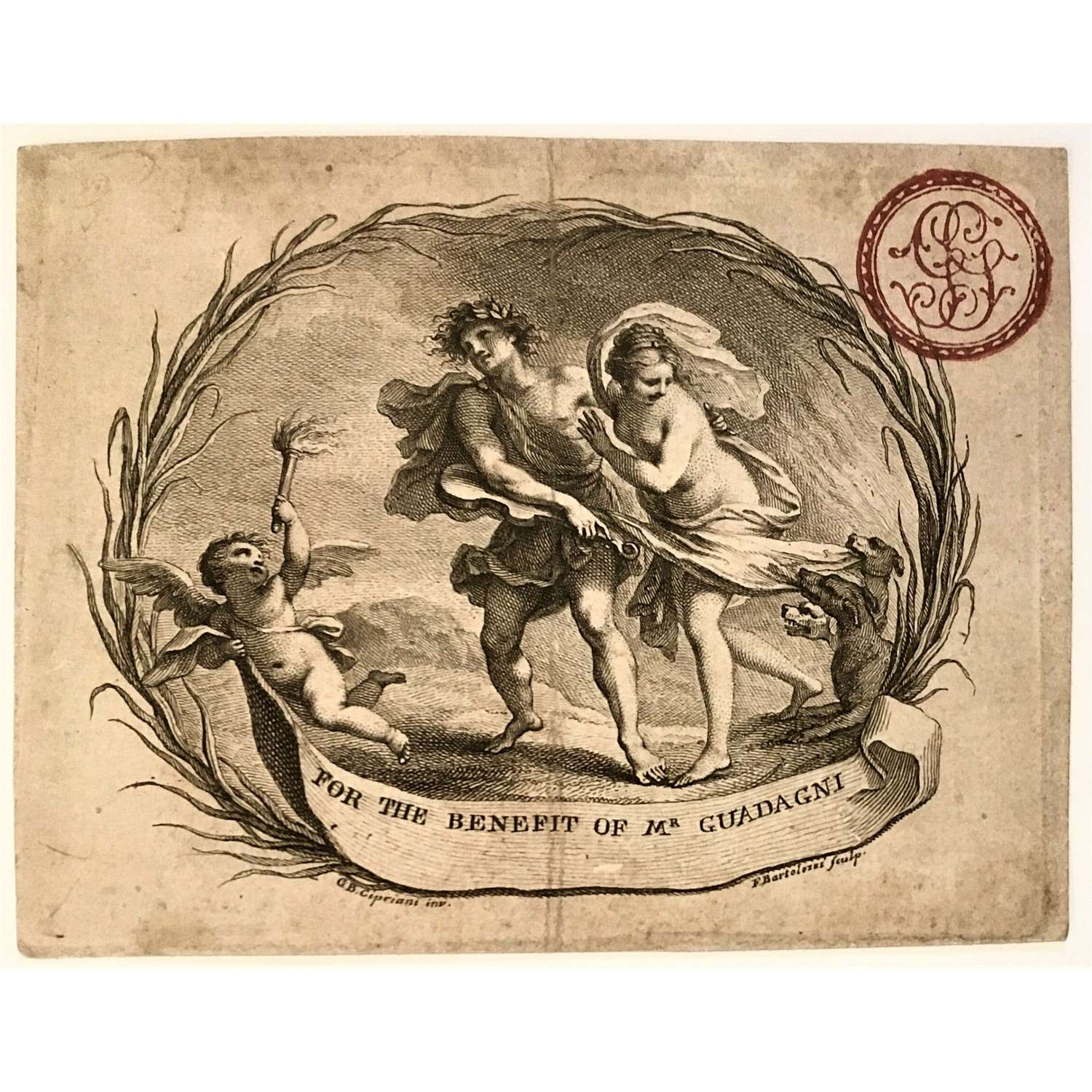 Image shows Orpheus and Eurydice fleeing the underworld led by a putto holding a torch. Orpheus holding a violin with his arm around Eurydice, whose clothes are being pulled at by Cerberus, the three headed hound of Hades, within an oval border of palm leaves. Lettered beneath the image, within a banner: "FOR THE BENEFIT OF MR. GUADAGNI" / with artists' names: "G B. Cipriani inv.", "F. Bartolozzi sculp." Endorsed top right with the "GG" monogram button stamp of Gaetano Guadagni in red ink.

Gaetano Guadagni (1729–92) was one of the most celebrated castrati singers of the second half of the eighteenth century. Guadagni was born in Lombardy and made his operatic debut in Venice, but he became particularly famous in London during the reigns of George II and George III. Handel wrote several pieces especially for Guadagni including the passage “But who may abide” in his Messiah. 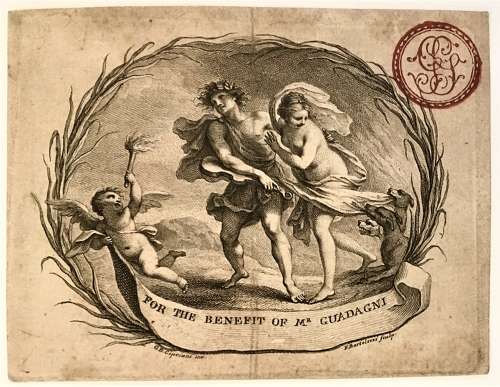