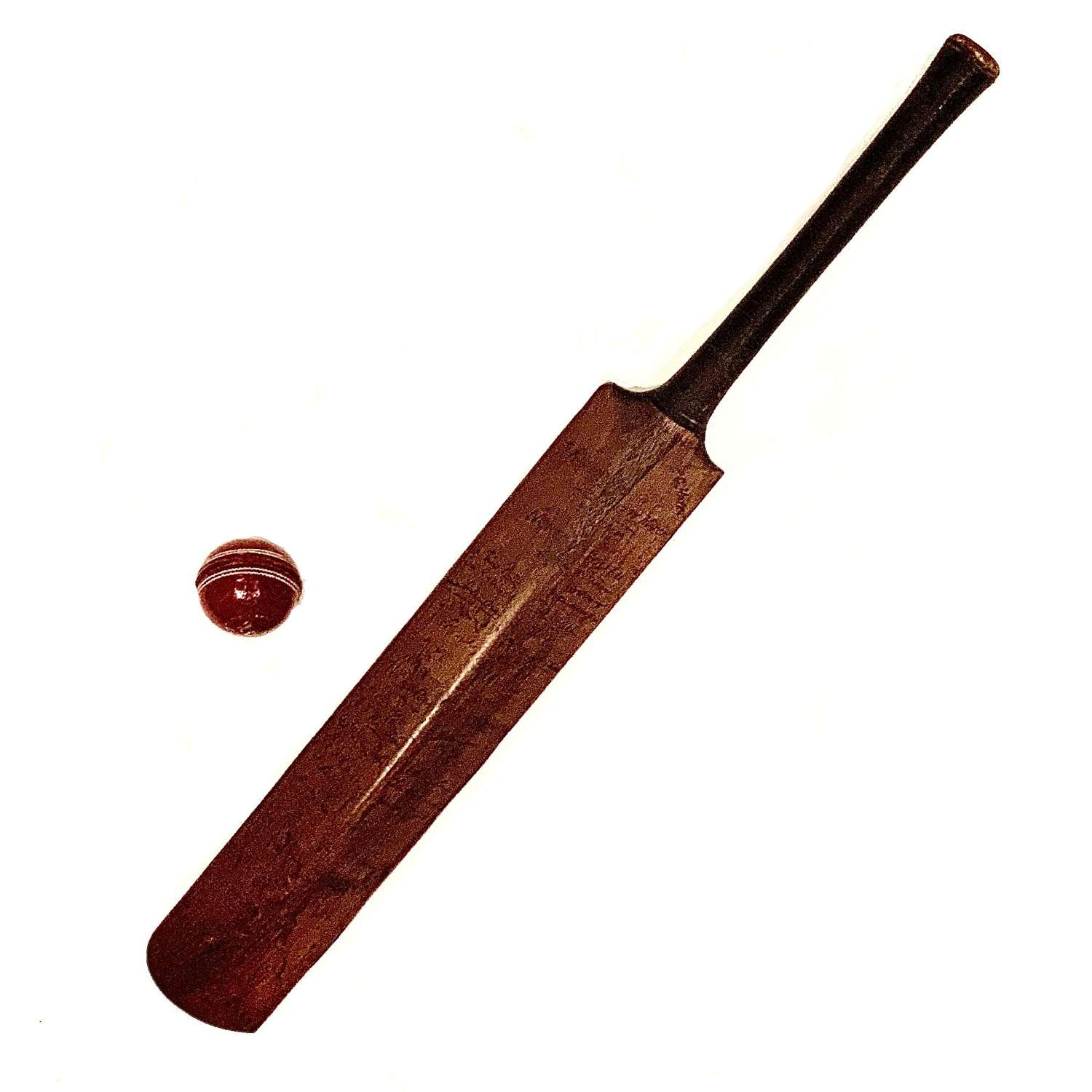 The name in the ownership position suggests the bat was used by Ernie Hayes in the "North v South" match at The Oval in September 1908 and then donated for a charity match at Richmond, Yorkshire in the same year.

As well as Hayes' signature in the ownership position, it is further signed by him amongst the group of famous cricketer's autographs beneath. These include three Captains of England. The names of those who have signed the bat are as follows:-

An extraordinarily historic bat, with the names of an exceptionally illustrious group of cricketers. As well as many of the most celebrated cricket players of the Edwardian era, the names include two Olympic gold medalists (Johnny Douglas (Boxing, 1908) and Claude Buckenham (Football, 1900)).

Ernie Hayes was a Wisden Cricketer of the Year in 1907. He was a regular of the Surrey side and during his career scored 27,318 runs (including 48 centuries) and took 515 wickets. The North v South match of 10th-12th September 1908 was his Benefit Game. It was won by the South of England by an innings and 54 runs. In the South's first and only innings Hayes scored 66 before being out LBW (bowled Newstead). The match was especially notable for Ernest Smith's reappearance for "the North", twenty years after his First-Class debut.

Frank Bryan Ltd of 38 Charterhouse Square, London was founded in the 1890's by the Middlesex, M.C.C., Warwickshire & Northumberland cricketer Frank Bryan (1853–1923). He was more successful as a manufacturer of sporting goods than he had been as a cricketer. A number of distinguished players used the bats which his firm manufactured. He is credited with various improvements to the equipment used in cricket, golf and tennis etc and was the inventor of both the modern table-tennis bat (with a rubber faced playing surface) and the modern football. 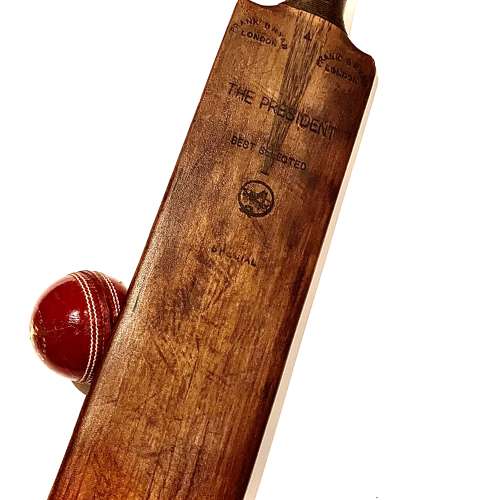 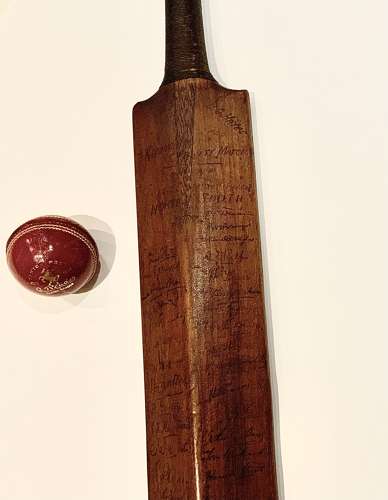