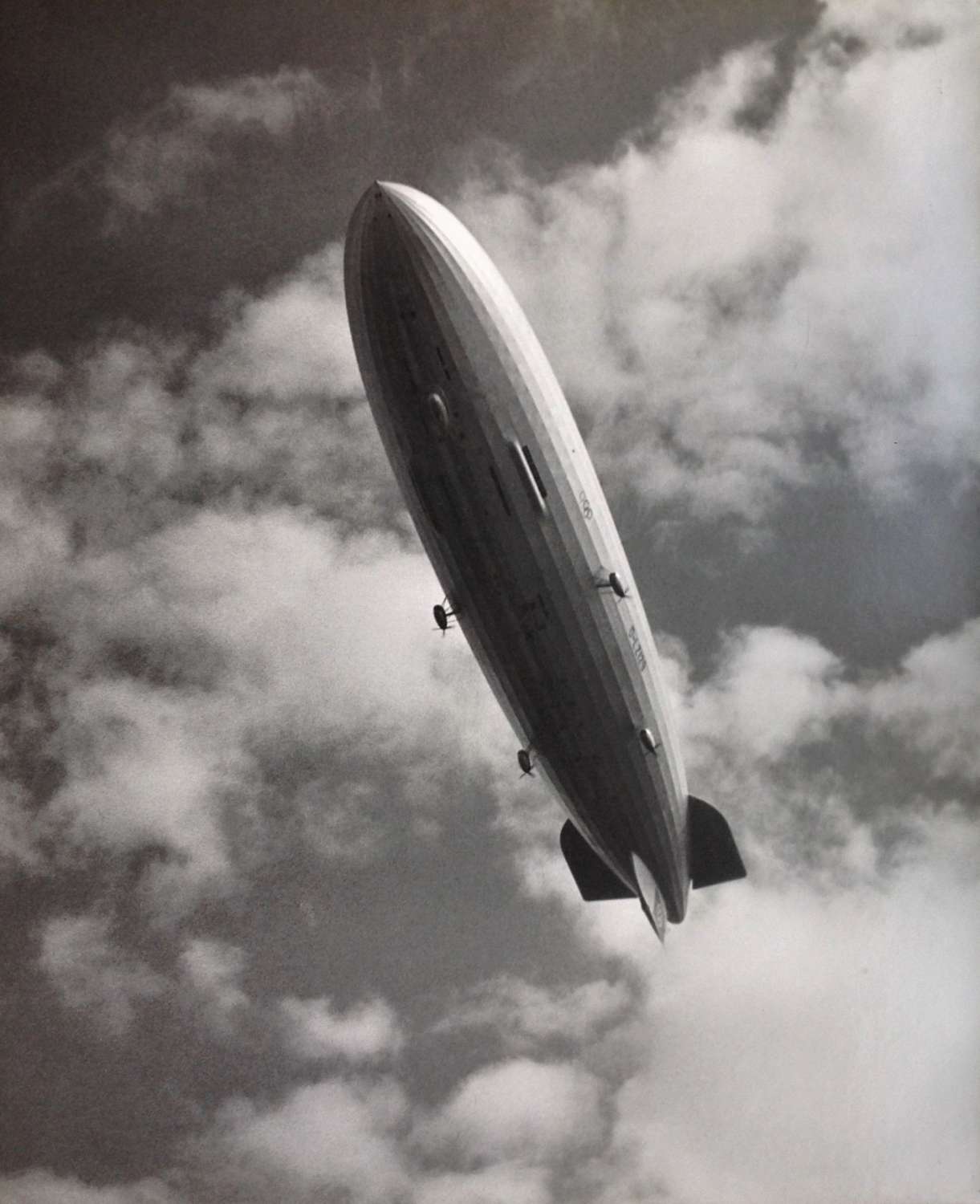 This well-composed shot, by an unknown photographer, captures the iconic Hindenburg whilst airborne, seen from below, silhouetted against the clouds. One side is in shadow; the other catches the light.

The image can be quite accurately dated to March 1936 as only the Olympic rings and the registration number D-LZ129 are visible on the hull, along with the swastika on the tail. LZ 129 made its maiden test flight from the Zeppelin dockyards at Friedrichshafen in southern Germany on 4th March 1936. On, or just before, 26th March 1936 the name "Hindenburg" was painted on the hull in six-foot high red letters in Fraktur script towards the front of the bows (along exactly the same girder-line on which the Olympic rings and registration number were painted). The name is absent  here, so the photograph must have been taken between these two dates.

The image is in its original ebonized oak frame bearing a label for "G. A. Parry, 'Art Department', 487-491 Christchurch Rd, Boscombe, Bournemouth, Tel. Boscombe 999". G. A. Parry's was a small Boscombe-based printer, publisher and bookseller, founded in 1919 which traded into the 1940s. Interestingly, LZ 129 Hindenburg flew over Boscombe/Bournemouth on Sunday, 5th July 1936. In addition to the framer's label, there are two stamps in green ink on the backboard: one with the name "T. Izod Rogers" and another with the date "30 Apr 1937". Beside the latter is a small manuscript inscription which says "framed", presumably indicating this was the date on which the image was framed. This date is only six days before the Hindenburg disaster of 6th May 1937, when the airship burst into flames and was completely destroyed at Lakehurst, New Jersey, U.S.A., with the loss 36 passengers and crew.

A fascinating and iconic image of the largest airborne craft ever built. 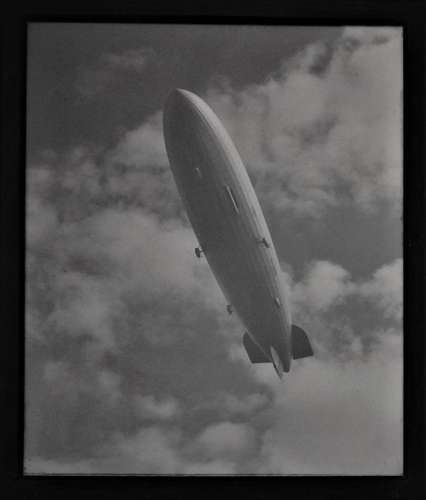 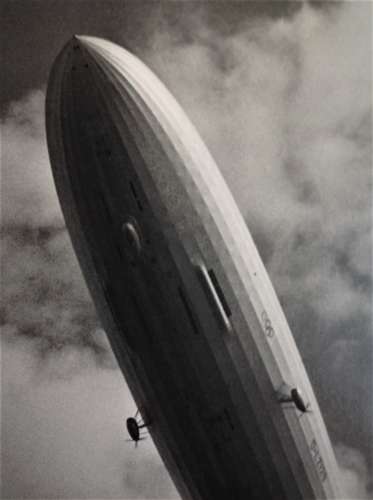