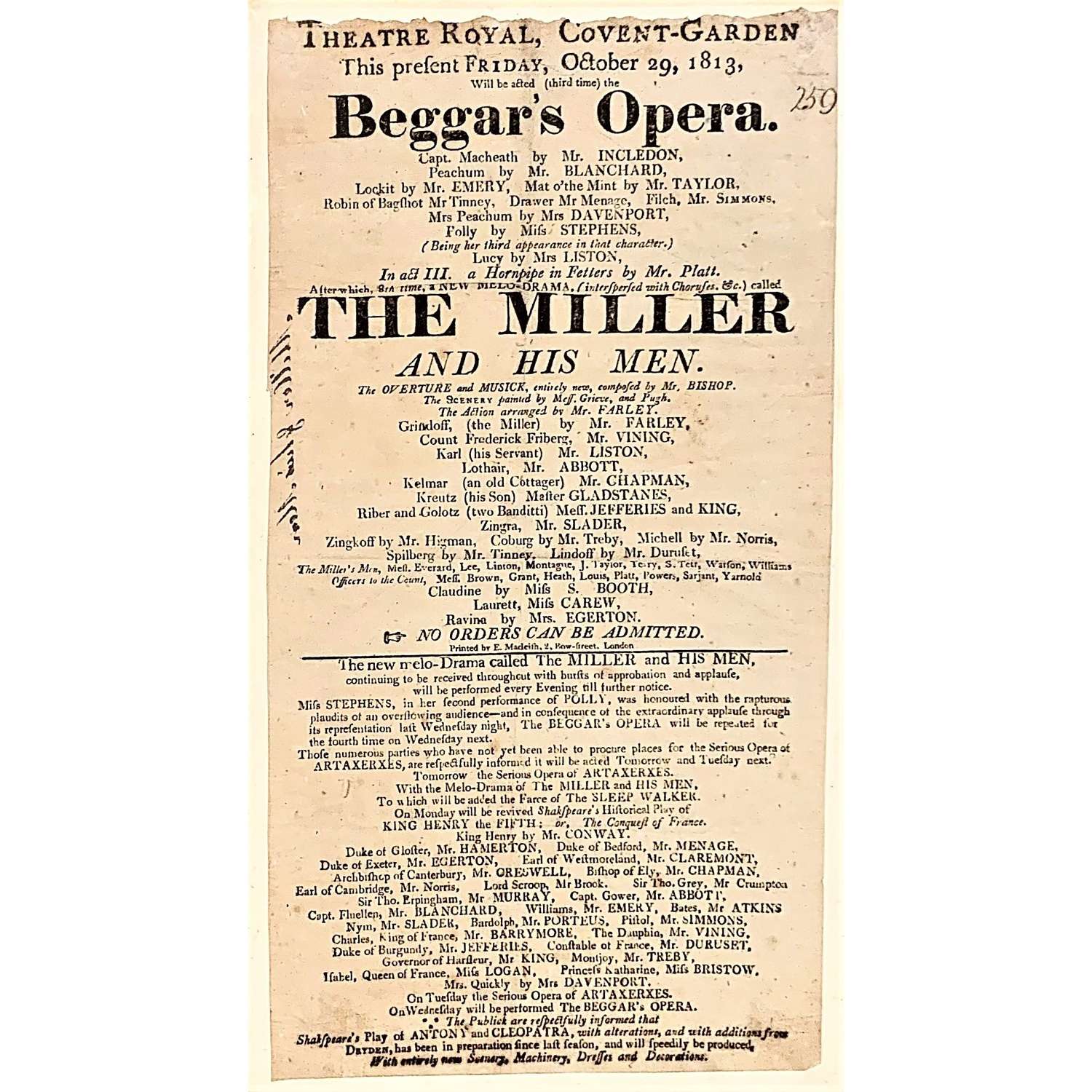 Regency Playbill for "Beggar's Opera" & "The Miller and His Men"

A scarce Regency playbill for Friday, October 29 1813 with cast lists etc for productions of a revival of John Gay's "Beggar's Opera" and the debut London premier season of Isaac Pocock's "The Miller and his Men" with its score by score by Henry Bishop.

The role of Captain Macheath in "The Beggar's Opera" is here played by Charles Incledon (1763–1826), one of the foremost English theatrical singers of the Georgian era, and the part of Peachum by the comedian William Blanchard (1769–1835).  Polly Peachum is played by Catherine "Kitty" Stephens (1794–1882), who later married George Capel-Coningsby and went of to become Countess of Essex. The text here has a review indicating that "Miss Stephens... was honoured with the rapturous plaudits of an overflowing audience" and "extraordinary applause".

Also lists forthcoming productions in preparation including "Artaxerxes", "King Henry the Fifth" and "Anthony and Cleopatra". 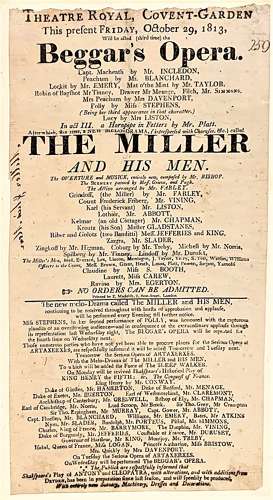