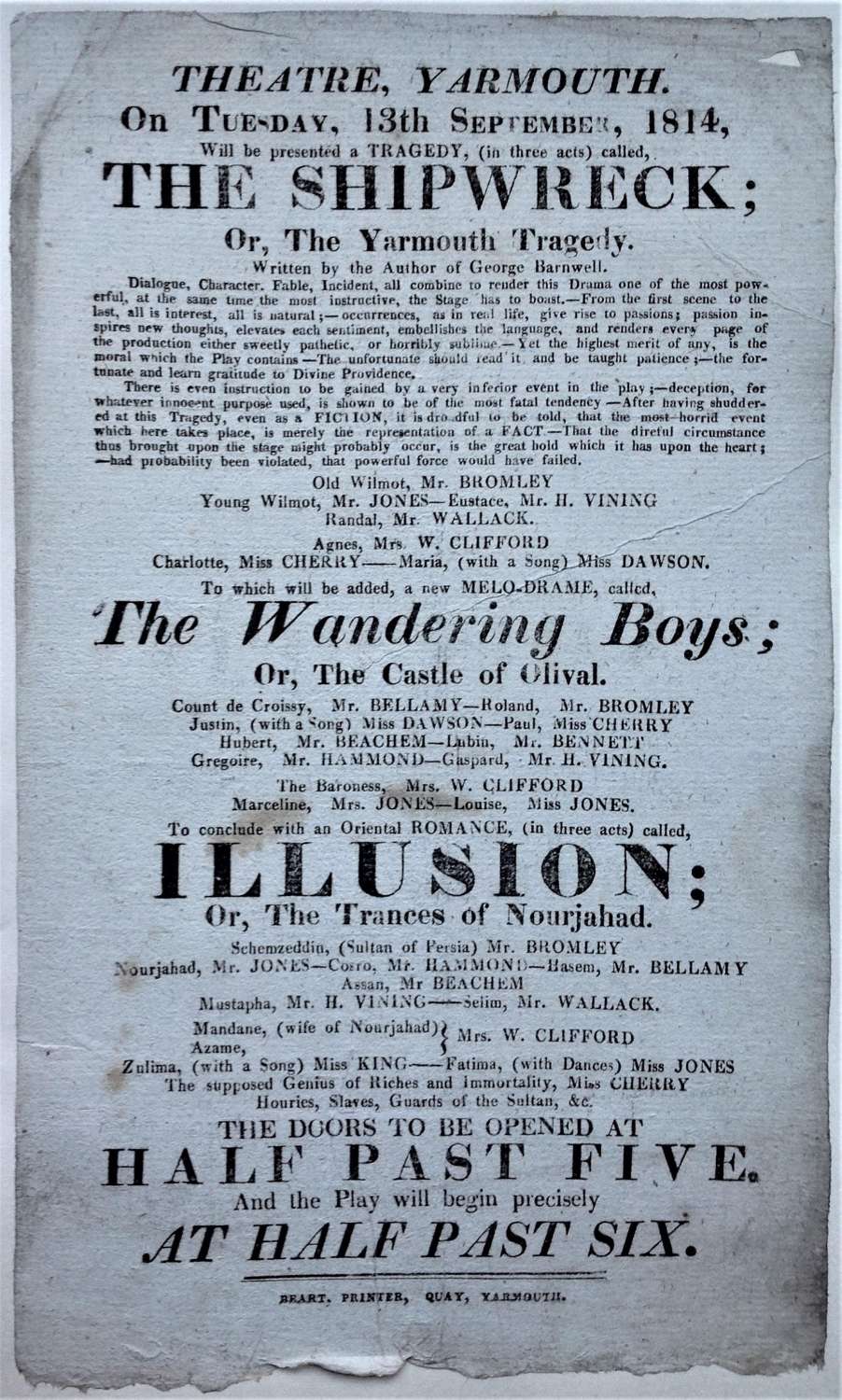 Regency Playbill for "The Shipwreck; or The Yarmouth Tragedy"

Regency Playbill for "The Shipwreck; Or, The Yarmouth Tragedy";  "The Wandering Boys; or The Castle of Olival"; "Illusion; Or, The Trances of Nourjahad"
Yarmouth Theatre, 13th September, 1814
Letterpress on laid paper, laid on paper
Printed by Beart, Quay, Yarmouth
25.3 cm (10") x 15 cm (5.9")

A playbill for an unusual revival of the play "Fatal Curiosity" [1737] by George Lillo (1691–1739). Here the production has been updated and renamed "The Shipwreck; or, The Yarmouth Tragedy". The play deals with the tragic consequences of the return of a sailor after many years absence, who was believed lost at sea. Presumably the retitling was designed to add a particular poignancy to this production, in the light of the wrecking of HMS Invincible off Yarmouth's coast in March 1801 with the loss of 400 lives.

The evening's entertaiment also includes "The Wandering boys, or, The castle of Olival" (probably a translation of a work by René-Charles Guilbert de Pixérécourt (1773–1844)) and a production of the oriental romance "Illusion; or, The Trances of Nourjahad", a play by Samuel James Arnold (1774–1852) which had its debut in London the previous year and was based on a story written by Frances Sheridan (1724–1766) (mother of Richard Brinsley Sheridan).