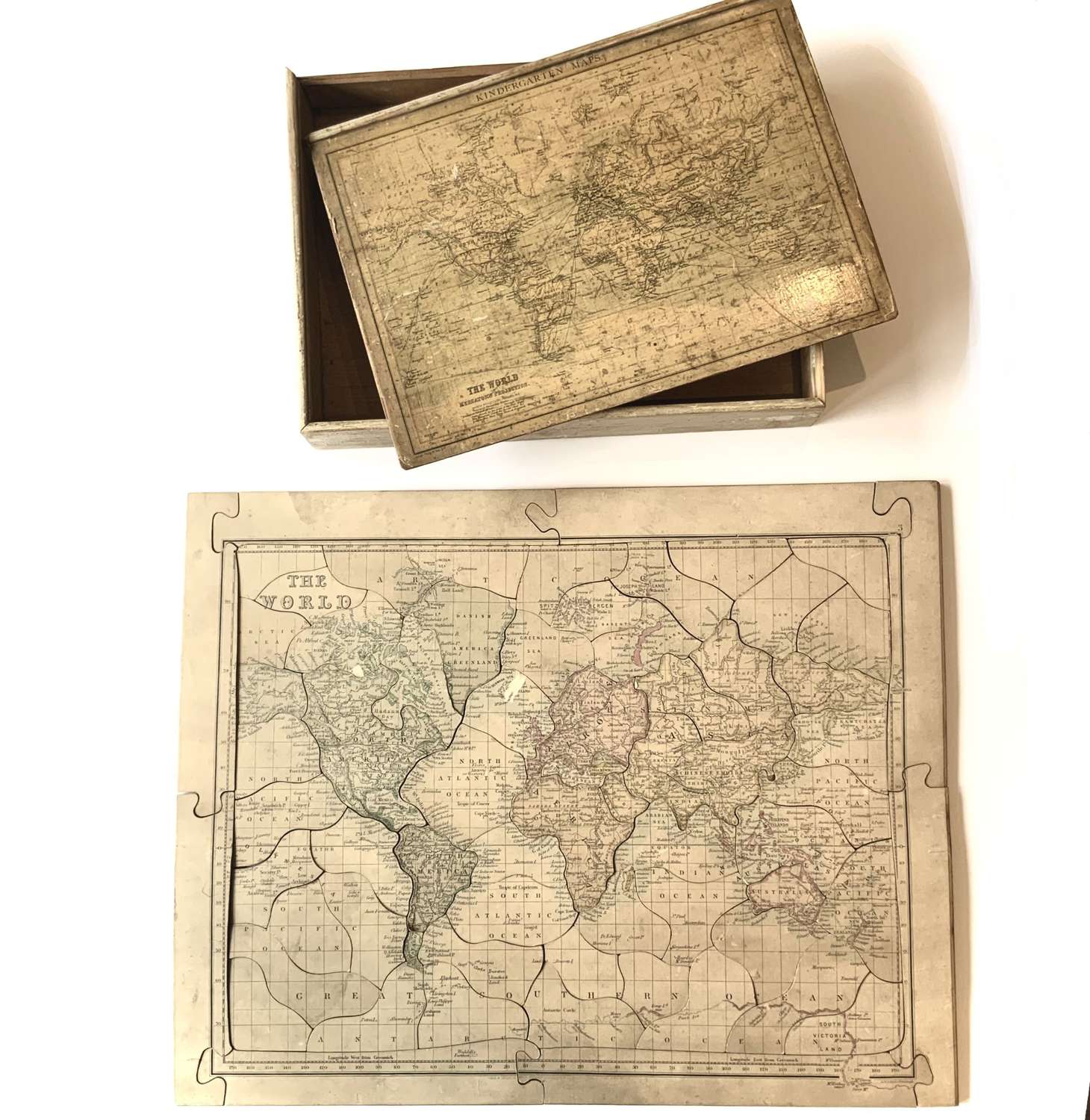 A scarce Victorian “Dissected Map” (Jigsaw Puzzle) in its original box. The puzzle published by Gall & Inglis of Edinburgh, the illustrated map on the box headed "Kindergarten Maps" and published by George Philip & Son Ltd at "The London Geographical Institute" (suggesting that the puzzle was retailed by Philip's). The updates on the map are inclusive to Julius Ritter von Payer's 'Austro-Hungarian North Pole Expedition of 1872-74' (here listed as "Austrian Expdn. (Payer) 1874") suggesting a date for production of the puzzle of around 1875.

Condition:-
Very good condition for age. The box with scuffs and losses consistent with age and light historical usage, minor worm holes to lid. Small amount of scuffing and discolouration to the puzzle and a small loss to one piece at the tip of the Korean peninsula (here listed as 'Corea', as common in the 19th Century). 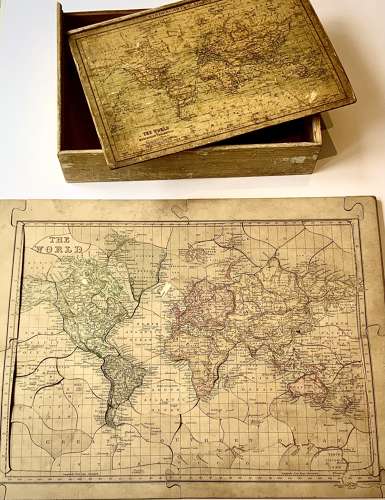 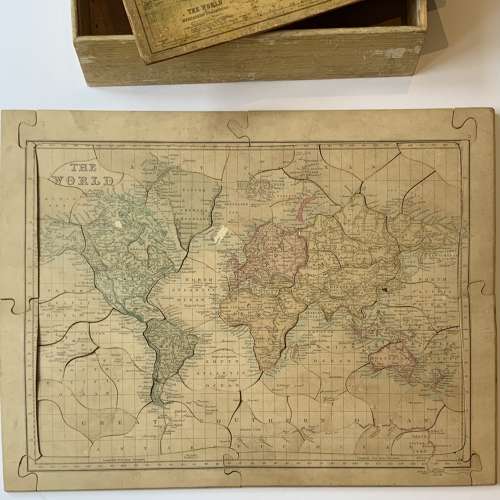 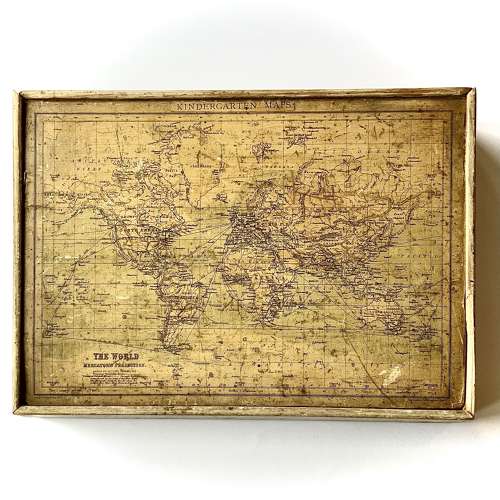 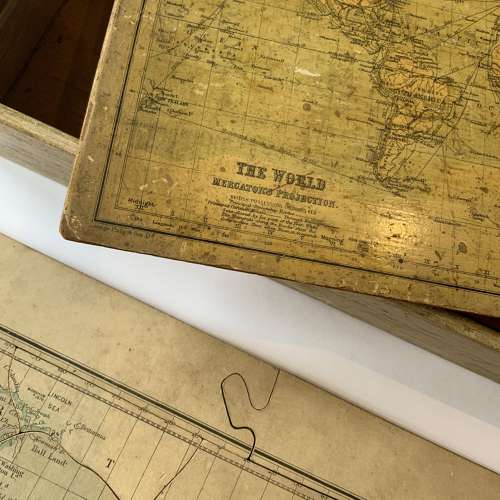 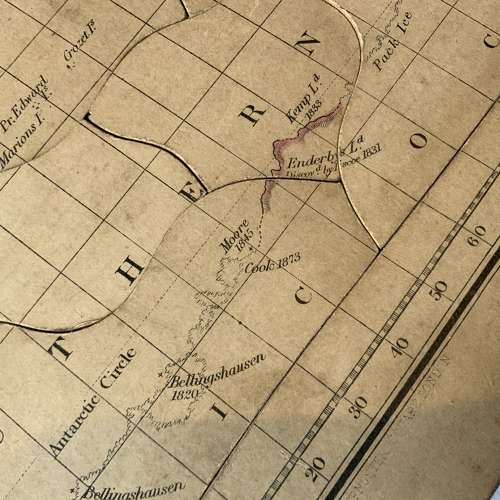 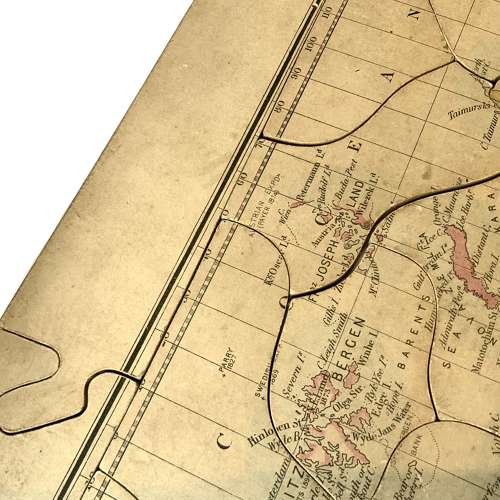 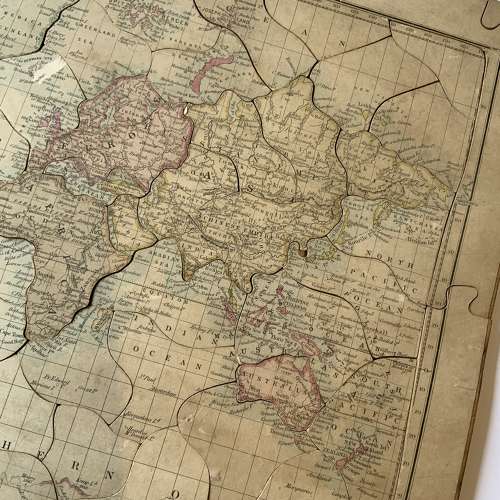 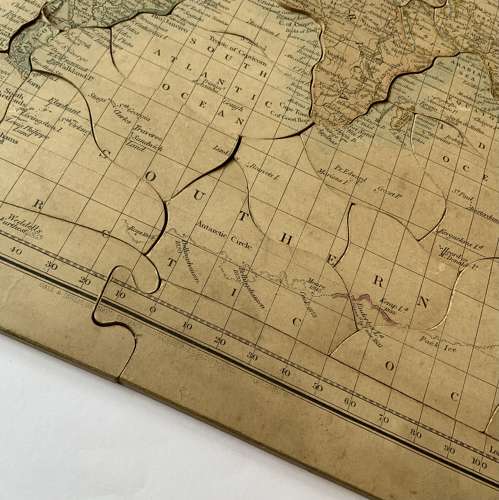