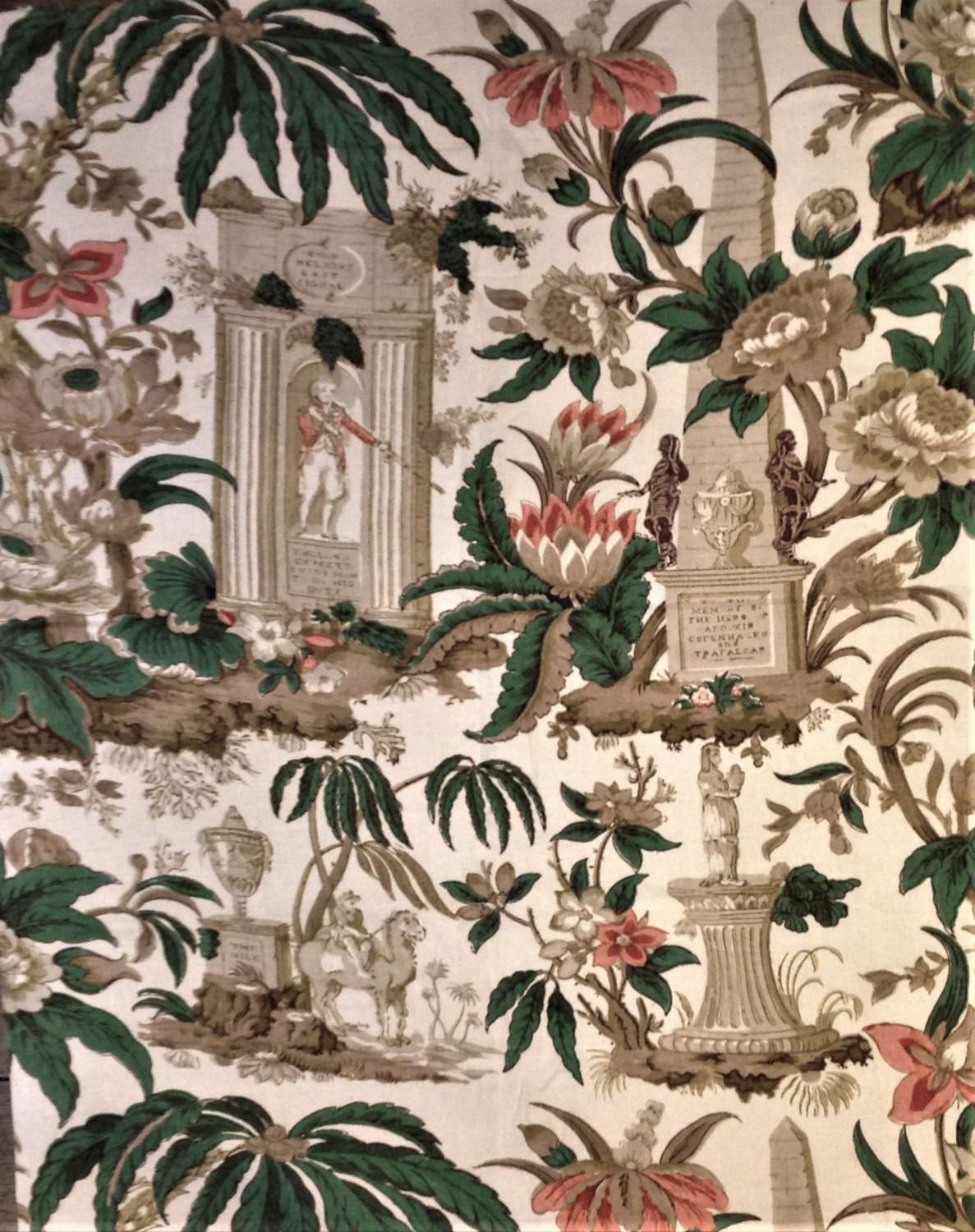 A length of woodblock-printed cotton calico fabric commemorating Vice-Admiral Horatio Nelson (1758-1805). The design, printed in madder colours on a tea-shade ground, features monuments to Nelson including urns and obelisks which commemorate his victories, specifically the Battle of the Nile (1798) and the Battle of Trafalgar (1805), interspersed with large floral motifs. Inscriptions include: 'To the memory of the hero of Aboukir, Copenhagen and Trafalgar', 'The Nile', and 'Lord Nelson's last Signal / England Expects every man to do his Duty'. The cloth would have been used as a topical furnishing fabric. This section of cloth includes the full pattern, without repeat.

The cloth was, seemingly, available in various colourways. The "penciling" of the blue colour (added by hand painting), which is characteristic of other fragments, is absent from the section of cloth here. This may be because the wood-blocking was slightly under inked on this section or, possibly, the register was deemed incorrect so it did not receive the full finish. There is a possibility, because of the difficulty in dating some printed textiles, that the pattern was reprinted in a simpler form around the time of the Trafalgar Centenary in 1905. A number of commemorative items were re-issued at that time but, that having been said, no other later printings have yet been identified.