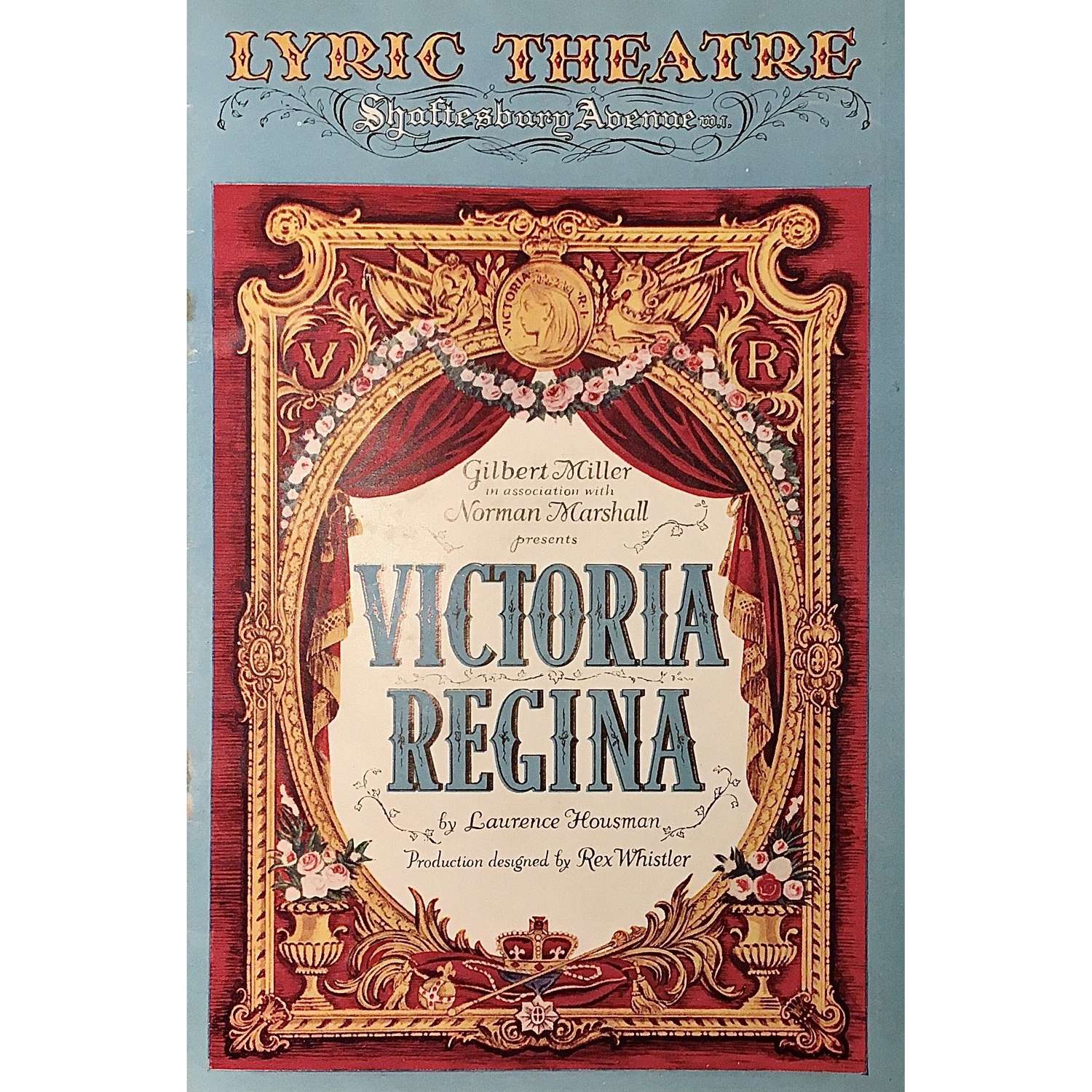 Signed by both the leading actors Pamela Stanley and Carl Esmond.

The set, décor, costumes, poster and programme for this much fêted production of “Victoria Regina” were all designed by Rex Whistler. The play had made its debut in 1935 in a private theatre in London and then transferred to New York in December 1935, due to laws on  lèse majesté and a British ban on staging any impersonation of a monarch until 100 years after their reign. The ban was lifted on 3 December 1936, with the following announcement by Edward VIII, in time for the centenary of Victoria's accession in 1937:

The Lord Chamberlain is authorised to announce that, by permission of His Majesty the King, plays dealing with the life of Queen Victoria can now be considered for production after the 20th June 1937, subject to the usual regulations for the licensing of stage plays. This date has been scheduled as being the centenary of Queen Victoria’s appointment to the throne.

The staging of "Victoria Regina" in London was a major step on the road to the passing of the "Theatres Act of 1968", which abolished censorship on the stage in the United Kingdom.

"Victoria Regina" had its London commercial premier on 21 June 1937, one hundred years and a day after Queen Victoria's accession (Rex Whistler's thirty-second birthday was just a few days later).  It was a smash hit. The part of Victoria was played by Pamela Stanley (1909 –1991), the aristocratic daughter of Lord Stanley of Alderley, who made her name in this role. Prince Albert was convincingly portrayed by the handsome, suave and debonair Austrian emigrée star Carl Esmond (1902-2004), who had come to live in England following the Nazi’s rise to power.

Both the leading actors have signed this copy of the Rex Whistler designed programme. 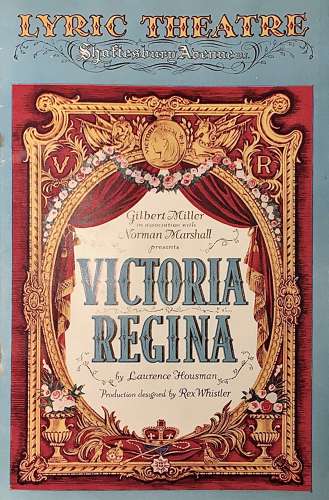 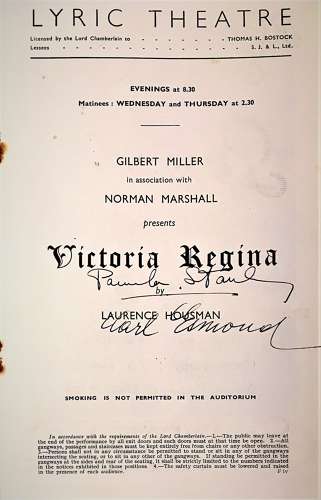 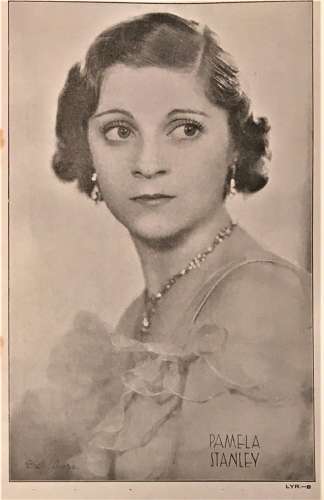 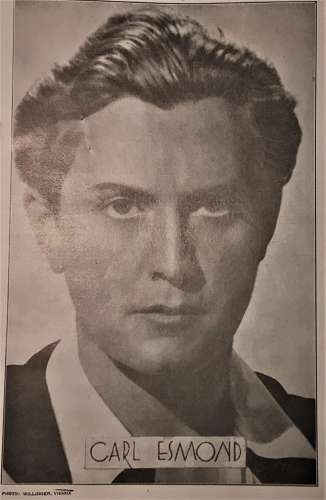