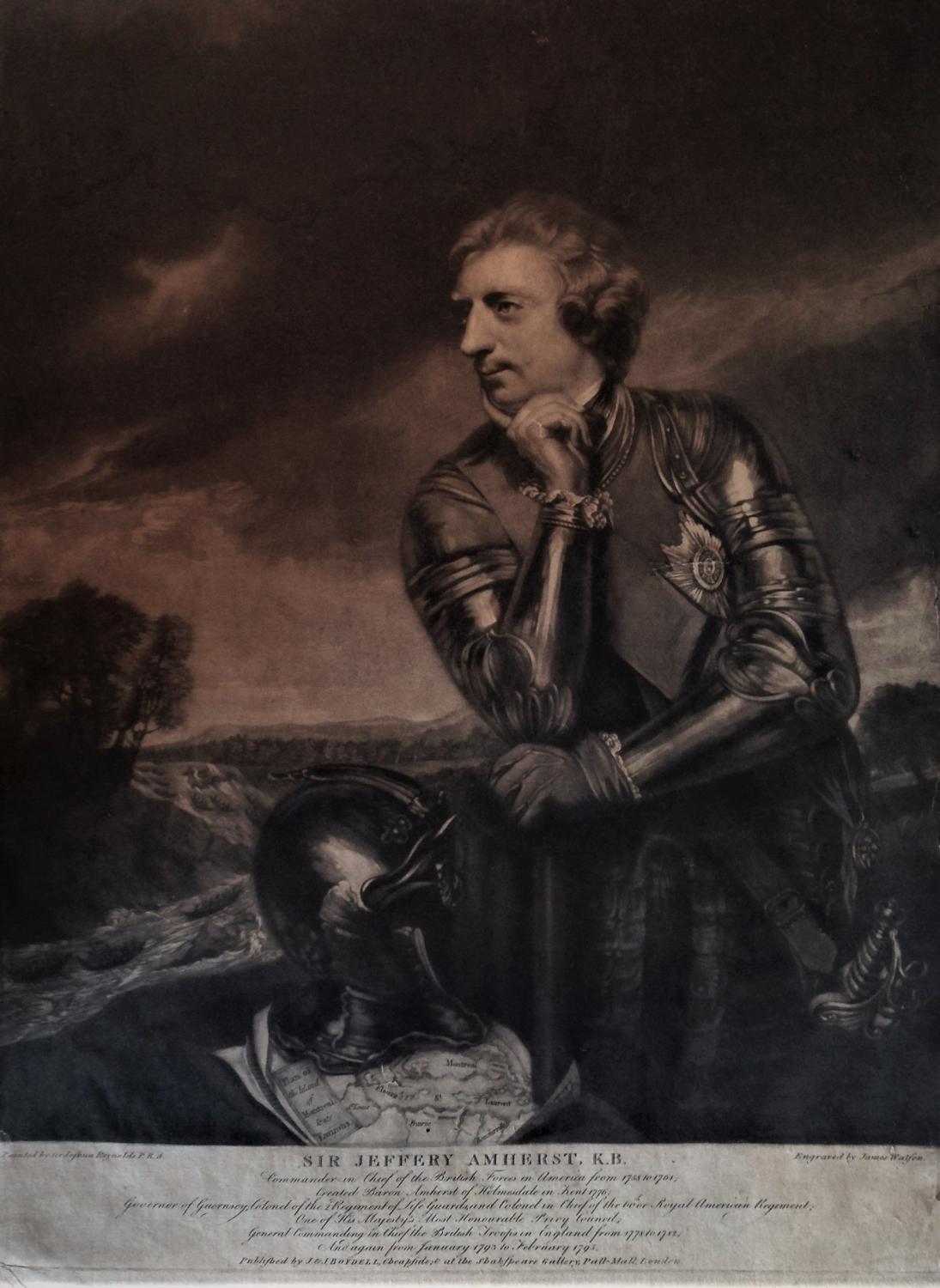 The subject is a contentious figure who is of historical importance to the USA and Canada. Jeffery Amherst, (1717-1797) is one of the major figures in 18th Century military history. He served in the British Army and as Commander-in-Chief of the Forces in many campaigns, including the Seven Years War, the American War of Independence, the French Revolutionary War and as Governor of Virginia etc. He has become notorious due to his suggesting what would now be termed as 'biological warfare' against Native Americans. He advocated spreading disease among Delaware and Shawnee tribespeople during Pontiac's War in 1763 through the distribution of blankets which had been contaminated with smallpox. He served as the first British Governor General in Canada after the defeat of the French.

This mezzotint is engraved after Sir Joshua Reynolds' 1765 portrait of Amherst (now in the Mead Art Museum at Amherst College, Massachusetts). Reynolds references Amherst's greatest achievement, the conquest of Canada in 1760, in various ways. He shows the sitter wearing the ribbon and star of a knight of the Order of the Bath to which he was elevated for this victory. There is a map of the "Plan of the Island of Montreal & its Environs" beneath his helmet and in the background canoes guided by the Iroquois negotiate rapids on the Saint Lawrence River.

A rare mezzotint which seldom appears on the market.

SOLD TO A PRIVATE COLLECTION U.K.