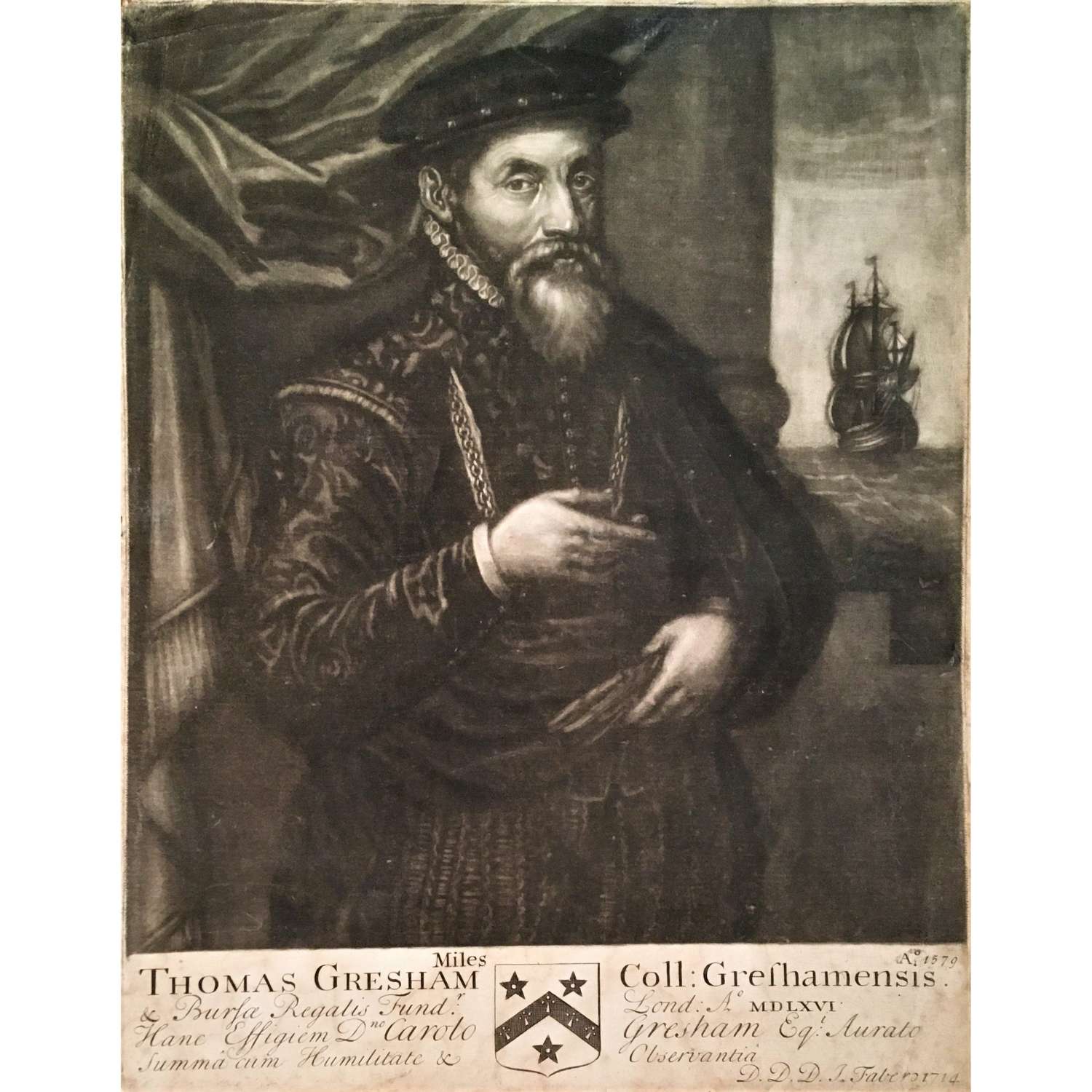 The successful London merchant Thomas Gresham served Edward VI and Elizabeth I as royal agent in Antwerp. He founded the Royal Exchange (opened in 1571) and Gresham College in London (under his will written in 1575). This mezzotint, produced by Faber in 1714, was made as one of a series of portraits of the founders of notable colleges.

John Faber the Elder was one of the leading print makers of the Late 17th-Early 18th Centuries. His series of founders of Oxford, Cambridge and other signifigant colleges was issued between 1712-1714.

Trimmed to just outside the margins. Nibbles to edges. Creases and loss to top left corner. 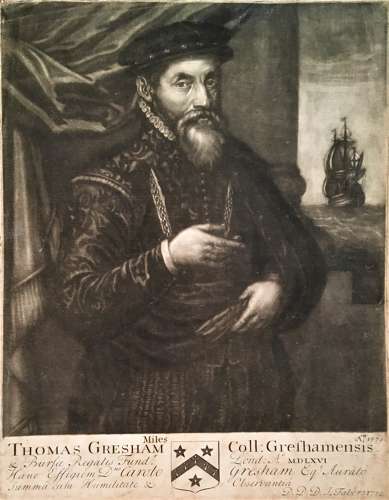