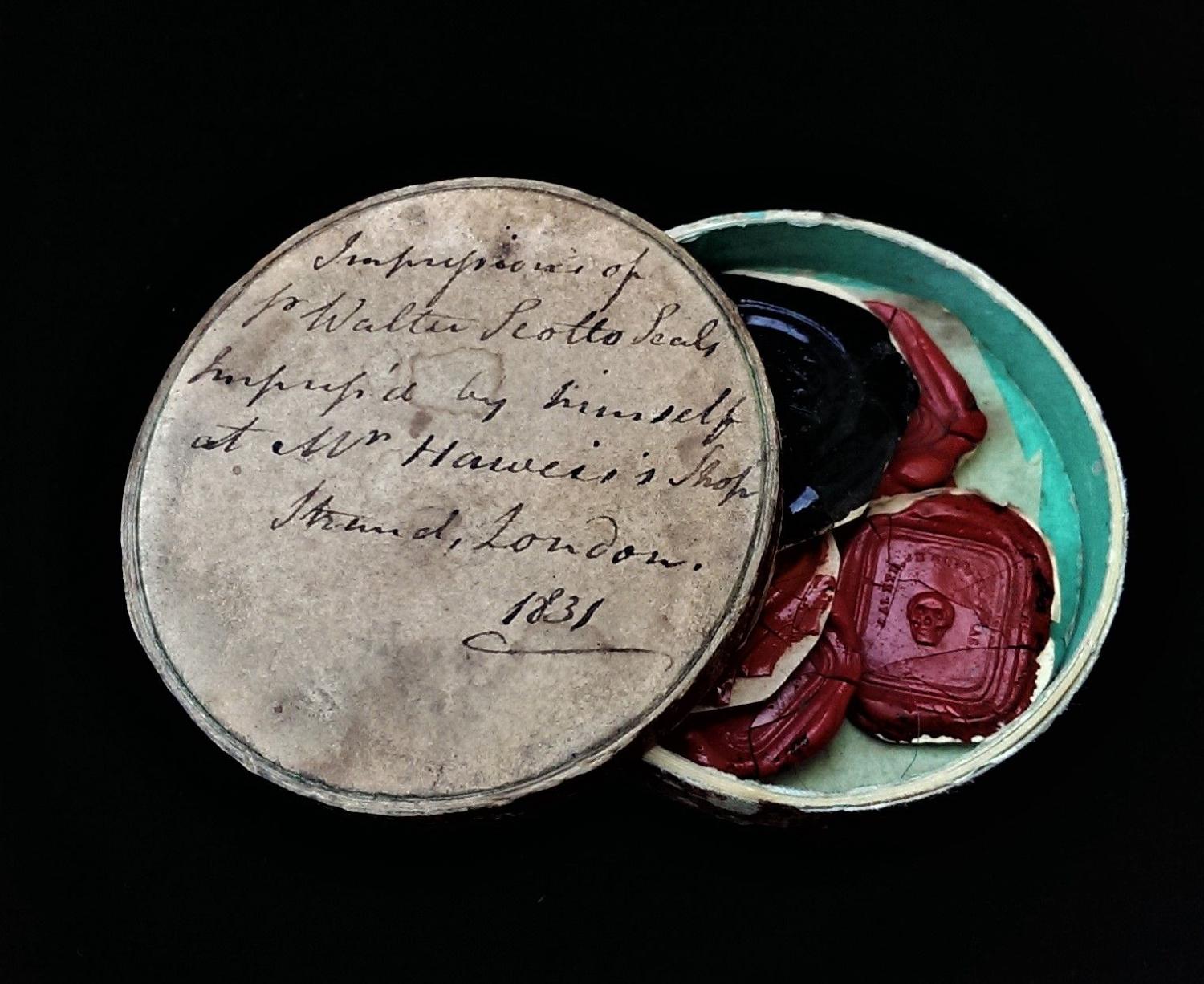 Sir Walter Scott (1771-1832)
Impressions from his seals
10 individual seal impressions in red and black wax
Contained within a wafer box with a marbled paper edge
Diameter of box 5.8 cm

The lid of the box bearing a manuscript ink inscription which reads “Impressions of Sr Walter Scott’s seals / impressed by himself / at Mr Harriss’s Shop / Strand, London. / 1831”

By 1831 Sir Walter Scott was at the height of his fame as one Europe’s most celebrated authors but his health was failing. In October of that year he made an extended trip to Europe to try and recover his wellbeing. However his health continued to deteriorate and he returned to Scotland where he died in September 1832.

The inscription on the top of this box asserts that the ten seal impressions contained within are imprints made by Sir Walter Scott himself from his own seals, which he put down in “Mr Harriss’s Shop”. This is almost certainly John Harriss’s Curiosity Shop which was located at 11 Lowther Arcade, Strand. Lowther Arcade, designed by the architect Witherdon Young in 1830, was then a newly opened colonnade of shops topped with glass domes which stretched through from Strand to St. Martin’s Church and the new National Gallery. It was described as “a beautiful passage lighted by a glass roof”.  The 24 elegant shops within generally specialised in luxury goods, fancy items and scientific instruments.  A view of the outside of Harriss’s shop is included in “Tallis's London Street Views, No. 81: Lowther Arcade, and King William Street, Strand” [John  Tallis & Co, London, 1838-1840]. During the 19th Century Lowther Arcade became a centre for toyshops before being demolished in 1904. It is now the location of the headquarters of Coutts Bank. 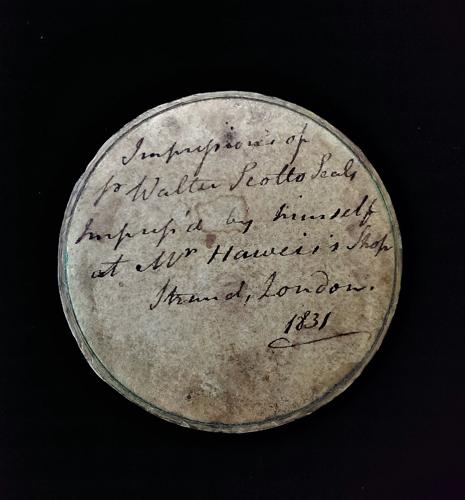 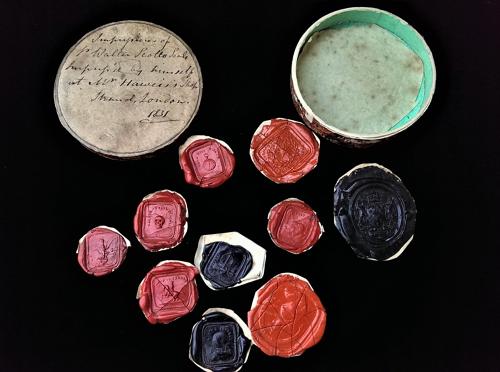