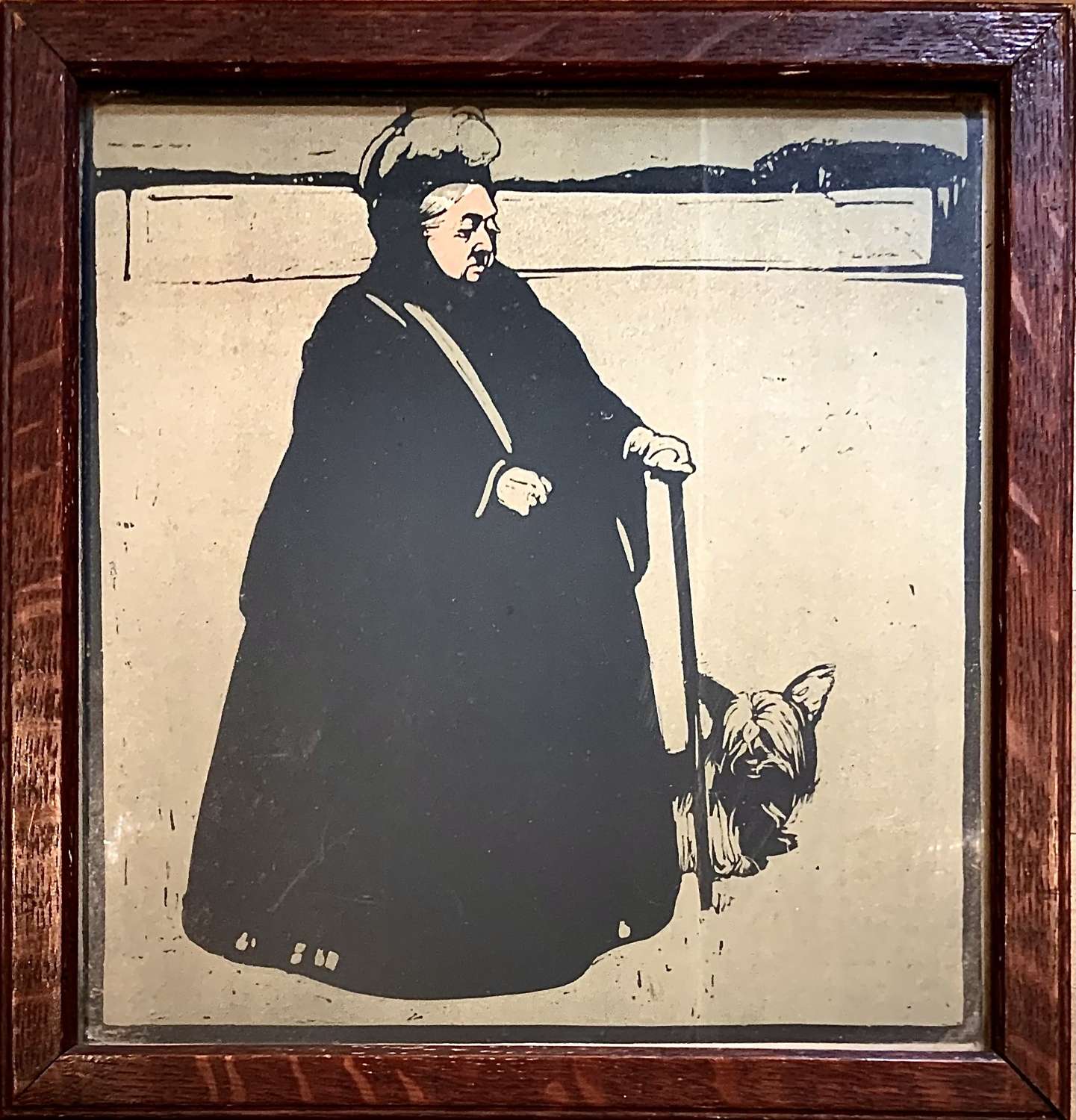 One of Nicholson's most celebrated graphic images first issued in "The New Review" in June 1897 and then published in the series of "Twelve Portraits by William Nicholson" by William Heinemann in September, 1899. The print here an early edition of the 1899 issue presented in its original contemporary late 19th/early 20th Century stained oak frame.