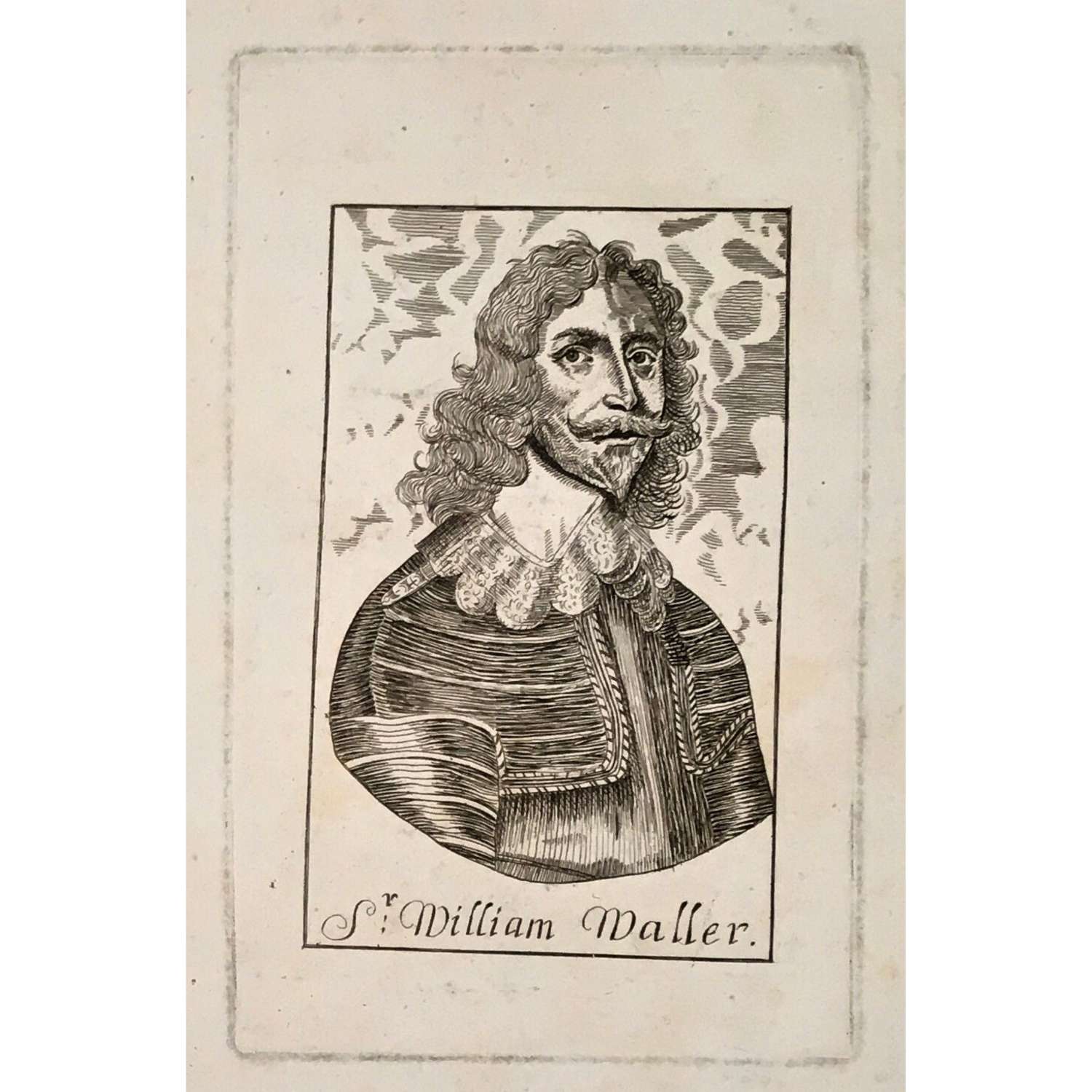 An extremely scarce print in a good state with very wide margins, occupying a whole sheet. A copy, trimmed to the within the platemark, is held by the National Portrait Gallery in London [NPG D40733]. There is no copy in the British Museum. Another, presumed later, state with different text beneath and signed "P. Stent excudid" is known [see NPG D40732].

Sir William Waller (1597-1668) was born at Knole in Kent and educated at Oxford. He served as a mercenary in Europe during the Thirty Years War. A devout Presbyterian, he returned to England in 1622 and became a prominent supporter of Parliament. He served as an MP from 1640 to the outbreak of the Civil War when he was appointed a Colonel and then Major-General in the Parliamentary Army. He resigned his commission in April 1645 and fled the coutry in 1647 for being one of the "Eleven Members" identified by the commanders of the New Model Army as being in opposition to them. After the Restoration he was elected MP for Middlesex in 1660 but subsequently retired from public life. He was buried in Westminster Abbey. 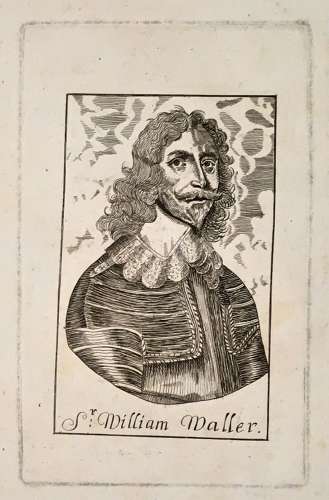 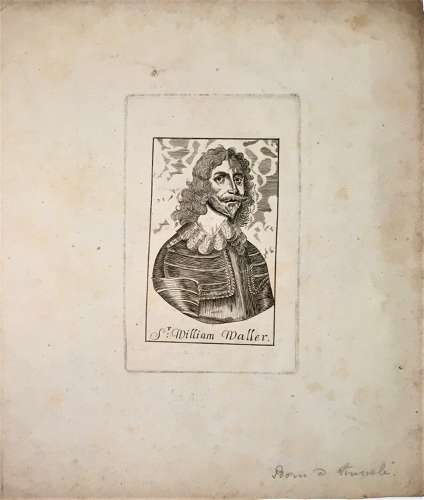