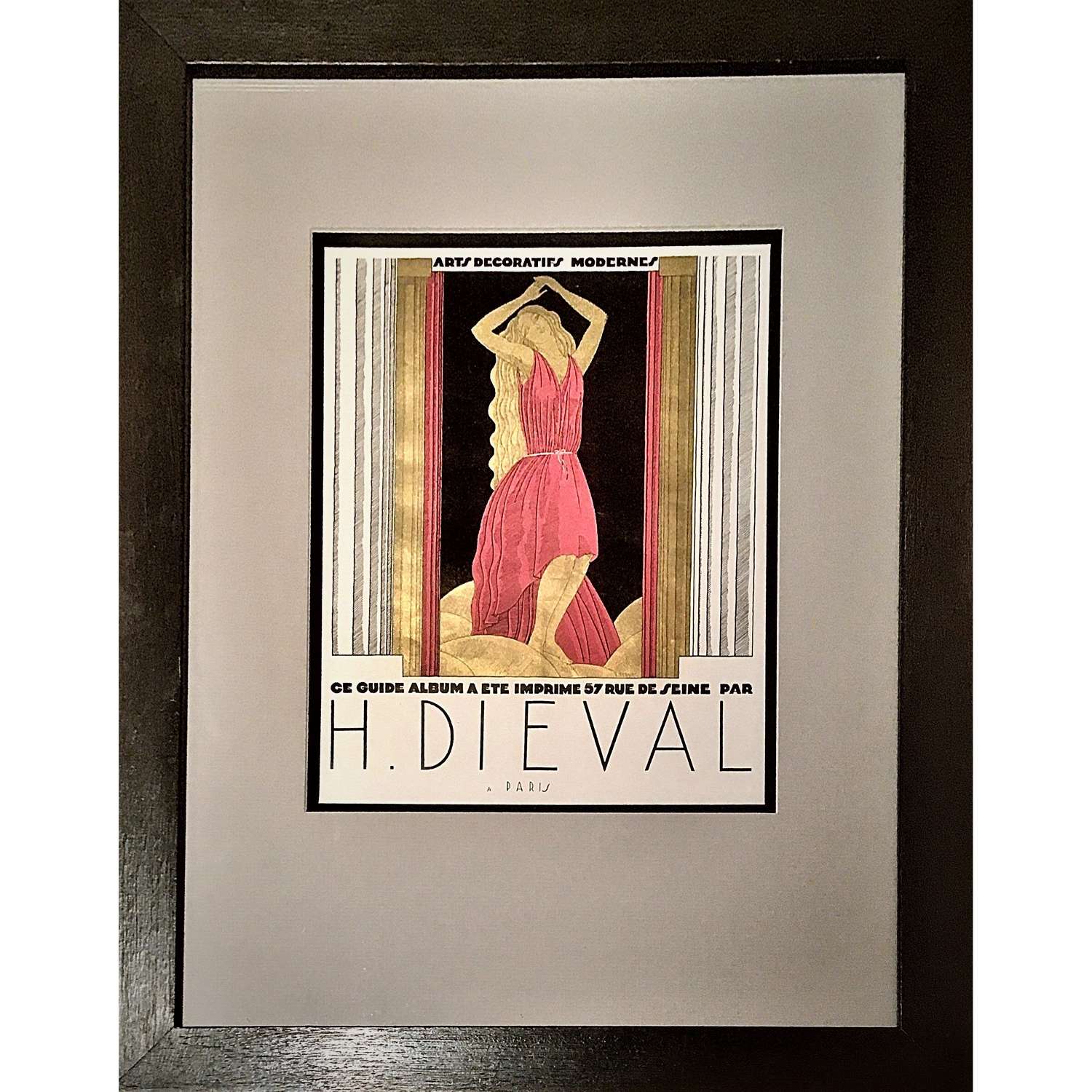 Henri Diéval was a leading modernist printer in 1920's Paris. His premises were situated at 57 Rue De Seine in the VIe (6th) Arrondissement, on the "Rive Gauche" (left bank) of the River Seine. The door of the property at 57 Rue De Seine still retains a decorative cartouche bearing the words "Henri Diéval, Maître Imprimeur" (Henri Diéval, Master Printer). (The property had briefly been occupied by Charles Baudelaire in the middle of the 19th Century and by Pablo Picasso in 1902).

Dieval printed work for Jean Cocteau and Raymond Radiguet. The work here appears to be publicising a souvenir album guide to the L’Exposition Internationale des Arts Decoratifs et Industriels Modernes (or is possibly the cover to the album itself). This international exhibition took place in Paris from April to October 1925 and showcased the new international avant-garde "style moderne" which eventually became known as as "Art Deco" (as a shortening of Arts Décoratifs). 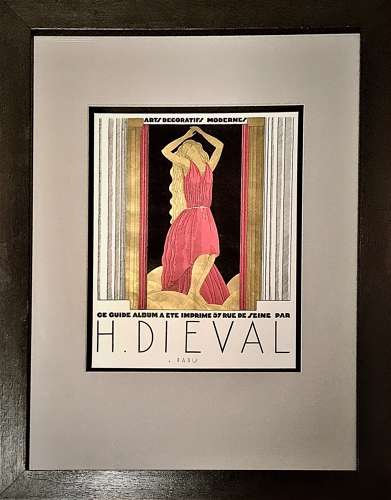 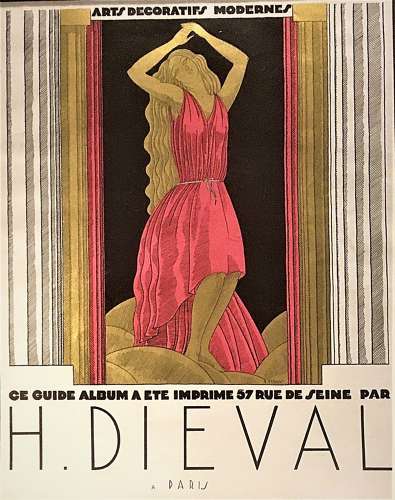