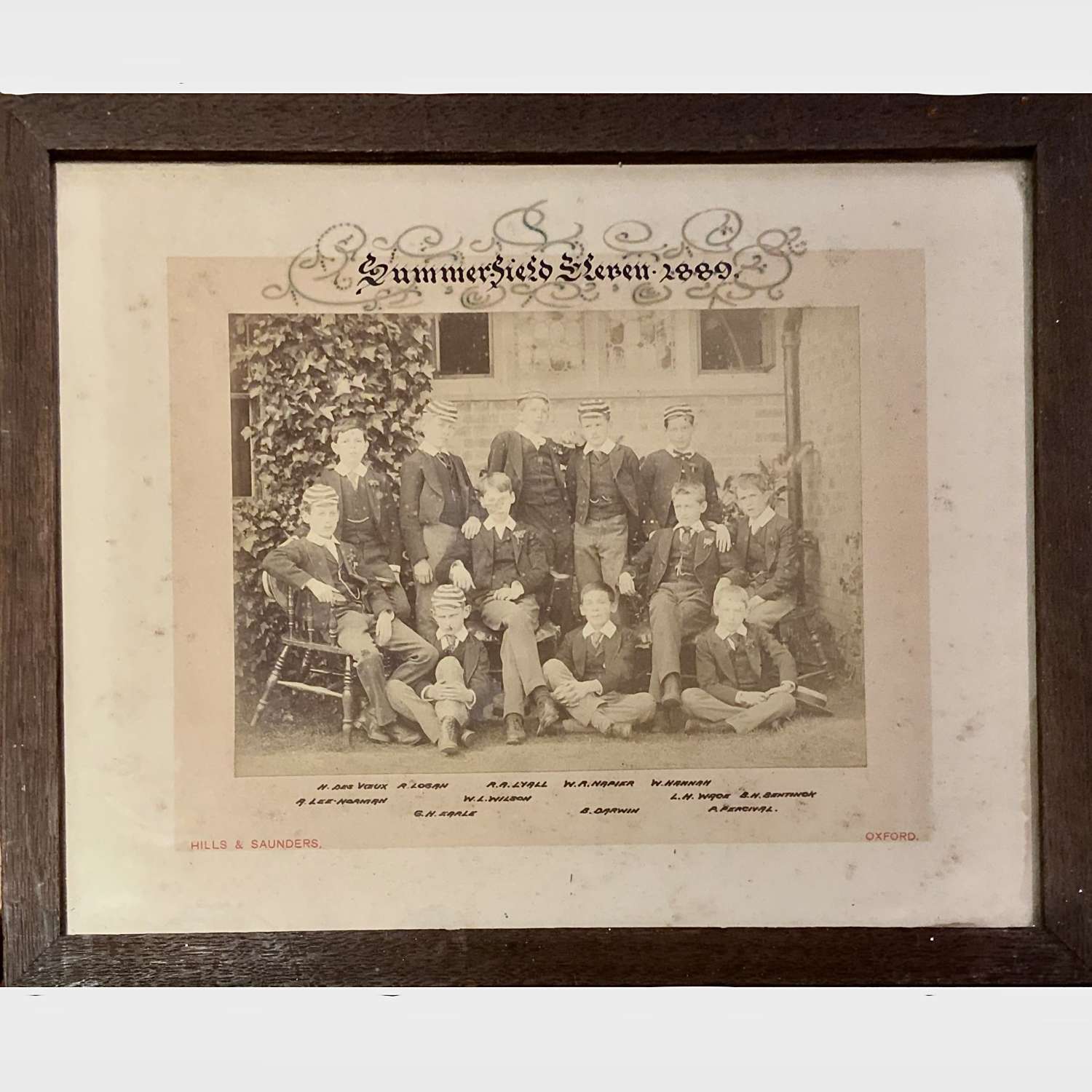 A very historic original antique photograph of the Summer Fields Preparatory School Cricket XI, of 1889 by Hills & Saunders, Oxford. Mounted with an illuminated title "Summerfield Eleven, 1889" with names listed in manuscript beneath. The back has an annotated manuscript list affixed, with the names of the boys depicted in the spring of their lives (of which there are twelve) and what went on the become of them. This list was compiled and written-out by the famous Old Summerfieldian sports journalist and golfer Bernard Darwin, C.B.E., J.P. (1876−1961) and is dated "30th March 1932": Darwin, who was a grandson of the famous naturalist Charles Darwin, appears in the front row of the photograph (sitting cross-legged on the ground, centre).

H. Des Voeux (Lt.Col. Henry John des Vœux, OBE (1876-1940)); R. Logan (afterwards went to Eton and joined the army); R.A. Lyall (presumably no info given as he was the owner of the photo); W.R. Napier (Admiral William Rawdon Napier, CB, CMG, DSO (1877-1951)) W. Hannah (Lieutenant William Maitland Julius Hannah, went to Harrow, served with Leicestershire Regiment, killed in action during the Boer War on 21st October 1899, Aged 23) A. Lee-Norman (Alexander Lee-Norman of Corbollis, Ardee became High Sherrif of County Louth), W.L. Wilson (went to Wellington College, became a farmer), L.H. Wace (went to Charterhouse and Pembroke College Oxford, became a fruit farmer); B.H. Bentinck (Winchester and Oxford, became a barrister and teacher); G.H. Earle (became a major in the 6th Royal Dragoons), B. Darwin (Bernard Darwin (1876−1961), a grandson of Charles Darwin, went to Eton and Trinity College Cambridge, became a sports journalist and is considered to be one of the finest ever writers on golf and a distinguished player (the manuscript notes are in his hand)); P. Percival (went to Harrow and went on to work for the Indian Forestry Department).

An extremely scarce historical photograph from the early years of this famous Oxford school, which was founded in 1864. There are some fascinating associations amongst the names of the twelve boys depicted, many of whom went on to have very distinguished careers. 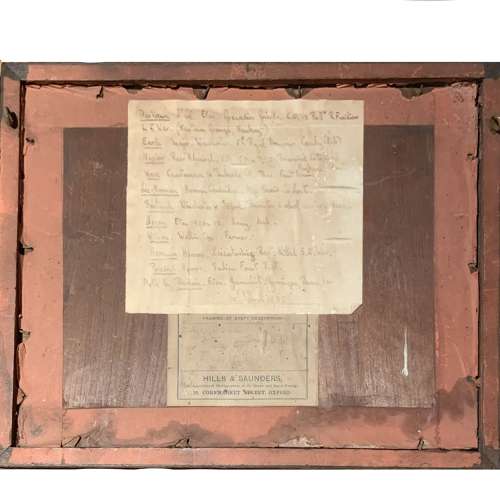