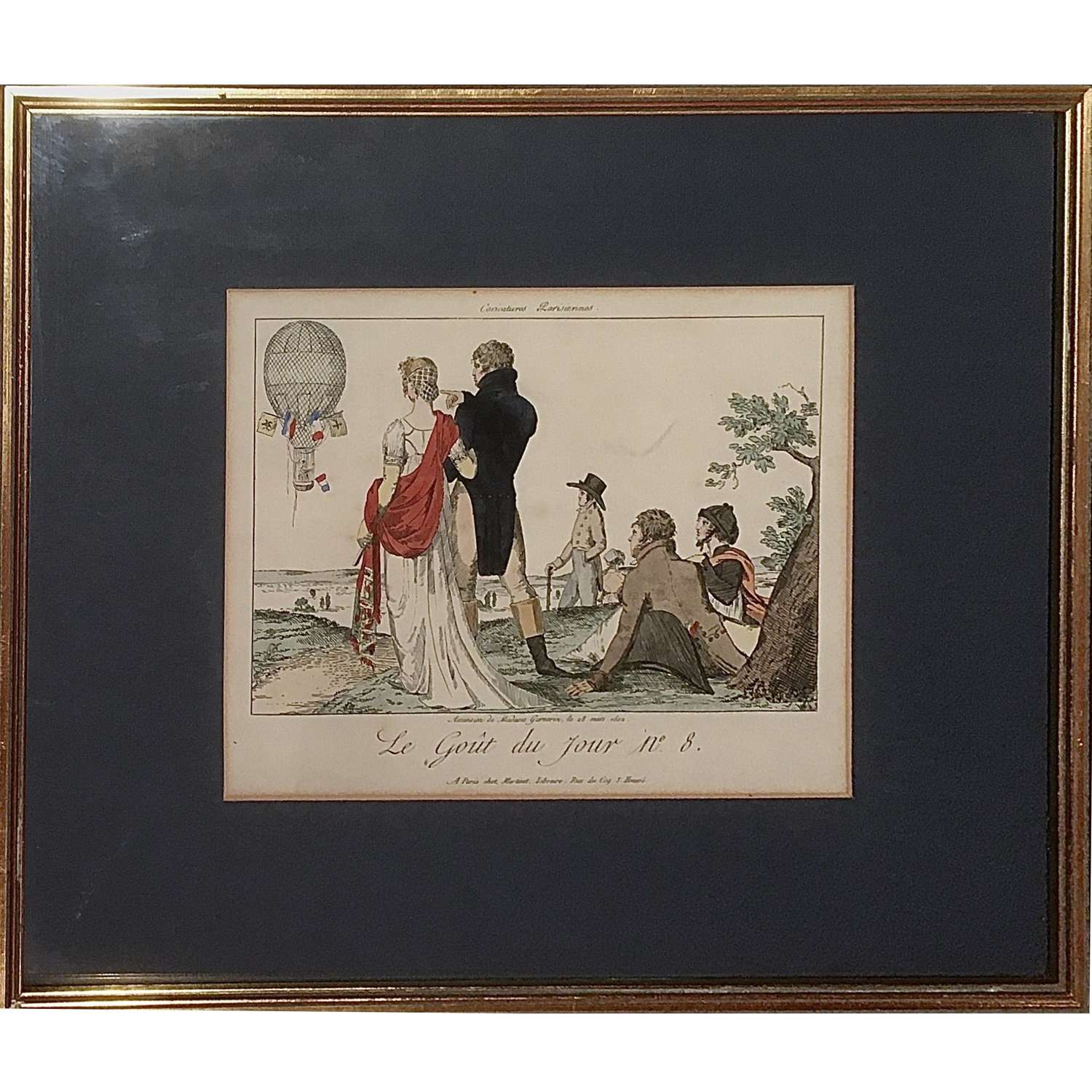 Antique French hand-coloured fashion plate depicting the costumes of a group witnessing a balloon flight by Mme. Jeanne Geneviève Garnerin (née Labrosse) (1775–1847) (one of the pioneering women balloonists and parachutists).  Mme. Garnerin was one of the first woman to fly in a balloon, the first woman to ascend solo in a balloon without a male pilot and the first woman to make a parachute descent. Her husband, André-Jacques Garnerin (1769–1823), held the position of Official Aeronaut of France and was unofficially known as the aérostatier des fêtes publiques. They visited England during the Peace of Amiens in 1802 and completed a number of demonstration flights, including ascending from the Volunteer Ground in North Audley Street, Grosvenor Square and a parachute descent to a field near St Pancras. It is interesting to note the date of the flight illustrated being "28 March 1802" - the day after the signing of the Treaty of Amiens - possibly indicating that it was a celebratory flight to mark the occasion. 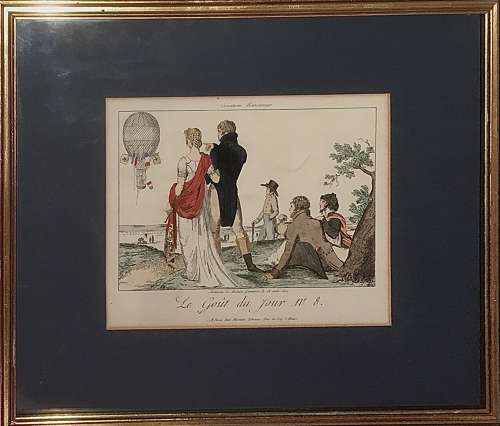 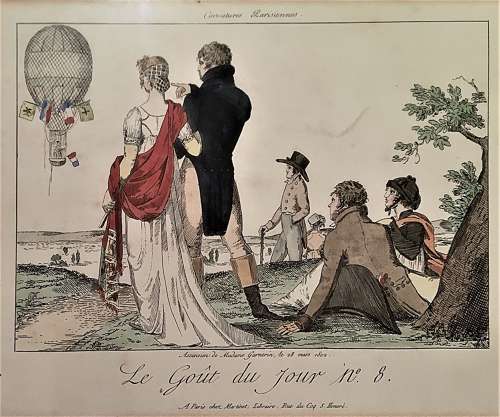