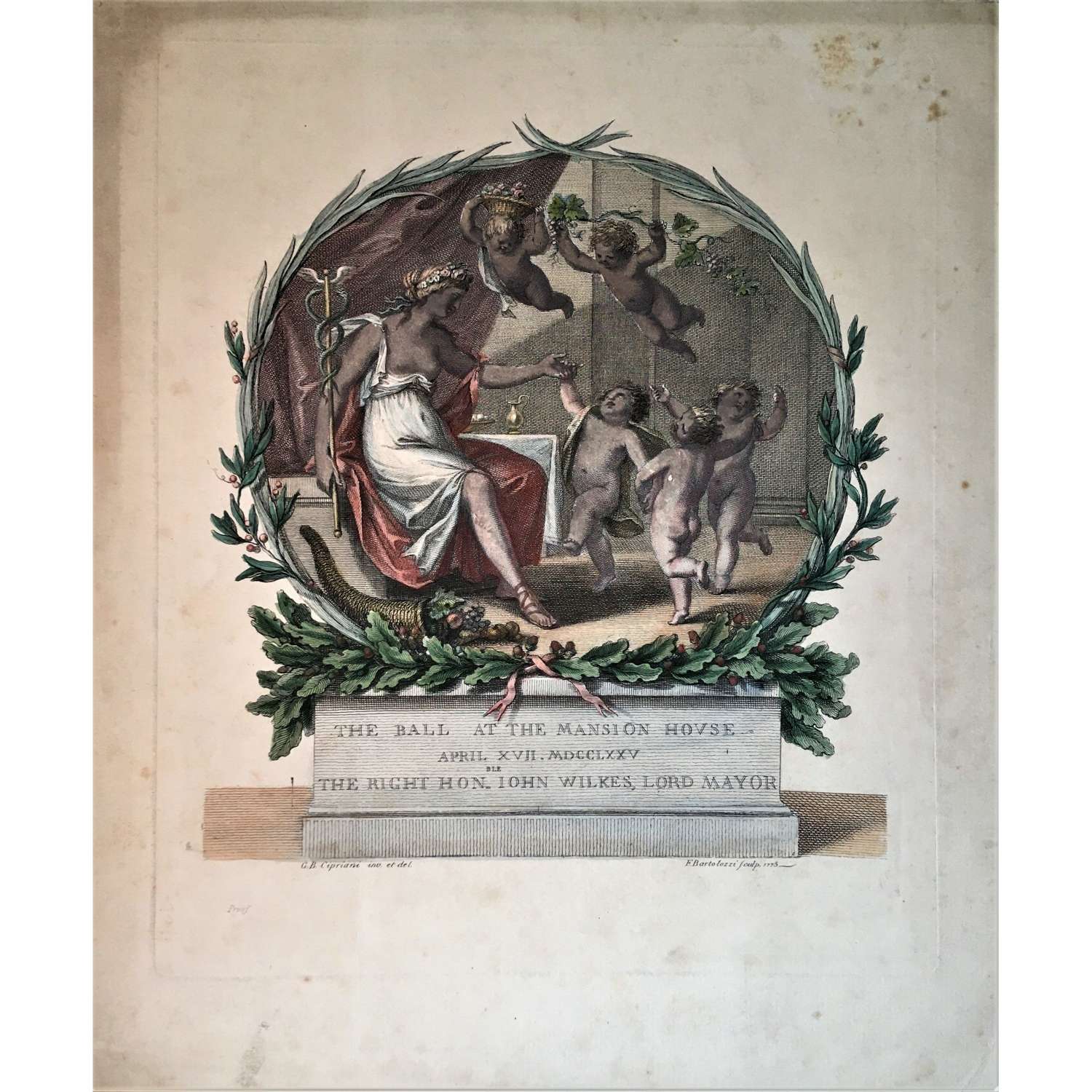 A scarce Proof of an elaborate ticket designed by Cipriani and engraved by Bartolozzi for the 1775 Mansion House Ball. Iris, the divine messenger, sits bare breasted, holding a caduceus, a cornucopia spills out fruits beside her. She watches three putti dancing beneath two more, who fly above, holding grapes and a flower basket. A table laid with a cloth, with a jug on it beyond. The scene within a wreath of palm, olive and oak branches. Lettered on a tablet beneath, "THE BALL AT THE MANSION HOUSE / APRIL XVII. MDCCLXXV / THE RIGHT HON.BLE IOHN WILKES, LORD MAYOR". With the publication line "G.B. Cipriani inv. et del." and "F. Bartolozzi sculp. 1775-" / "Proof".

The host was the celebrated radical politician and agitator John Wilkes (1725-1797) who was elected Lord Mayor of London in 1774. His magnificent Easter Ball of 17 April 1775 was one of the highlights of the season. As Wilkes was a radical firebrand and supporter of American Independence, it is interesting to note that (although he would not have known it due to the slow communication of his age) the Ball took place two days before the Battles of Lexington and Concord in Massachusetts on 19 April 1775 - the famous "Shot Heard 'Round The World" which marked the start of the American War of Independence - and a year before the Declaration of Independence.

Good condition. Some foxing to the card. The colouring carefully done (possibly contemporary). 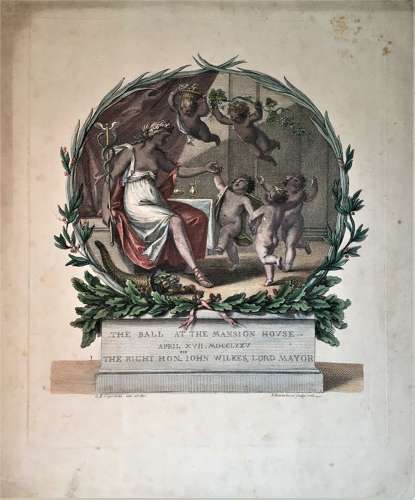 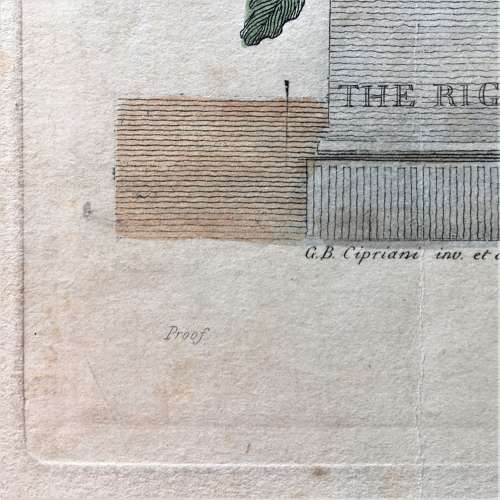