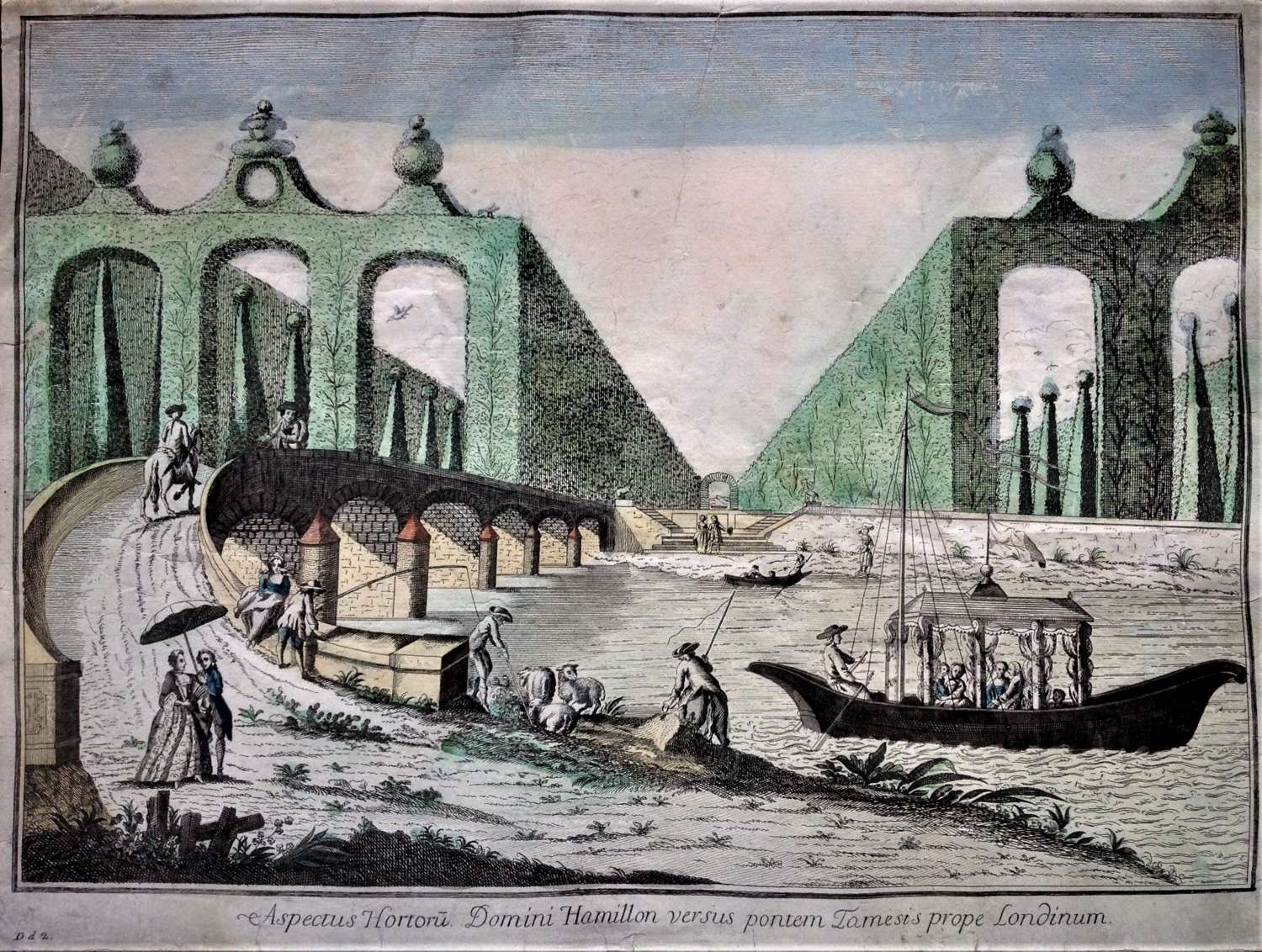 An optical print, perspective view or vue d'optique showing part of a formal landscape in the grounds of Lord Hamilton's gardens. This print is attributed to the celebrated 18th Century Italian publishing firm of Remondini.

Optical prints were a genre of engraved images with hightened perspective, designed to be viewed through a zograscope, or other similar device with convex lenses and mirrors. When the print was observed through such a machine an illusion of depth was produced through magnification of the central areas of perspective. The images were often hand-coloured with a particularly distinctive bright and unnatural palatte which was used to highten the brilliance of the effect and to captivate the viewer.  Although originating in France in the 1730's the views had become widely popular across Europe by the middle of the 18th Century. The first English versions of such devices were certainly in circulation by the 1740's. The title of the view is sometimes printed in several languages so that an image could be sold to the many audiences across Europe, inverted writing was corrected by the mirrors within the viewing device. As the images also had to be etched in reverse to be viewed correctly, pirated versions of the prints were sometimes reversed in error. Occasionally mirror images of the same view can be found.

This print is more frequently encountered in a version in reverse with the title "Représentant le Parc de Milord Hamilton, traversé par la Thamise, aux environs de Londres" which was published in Paris by Basset of the Rue S. Jacques a Se. Genevieve.

The view is extremely rare in the verion attributed to the Remondini's and scarce in the version by Basset.