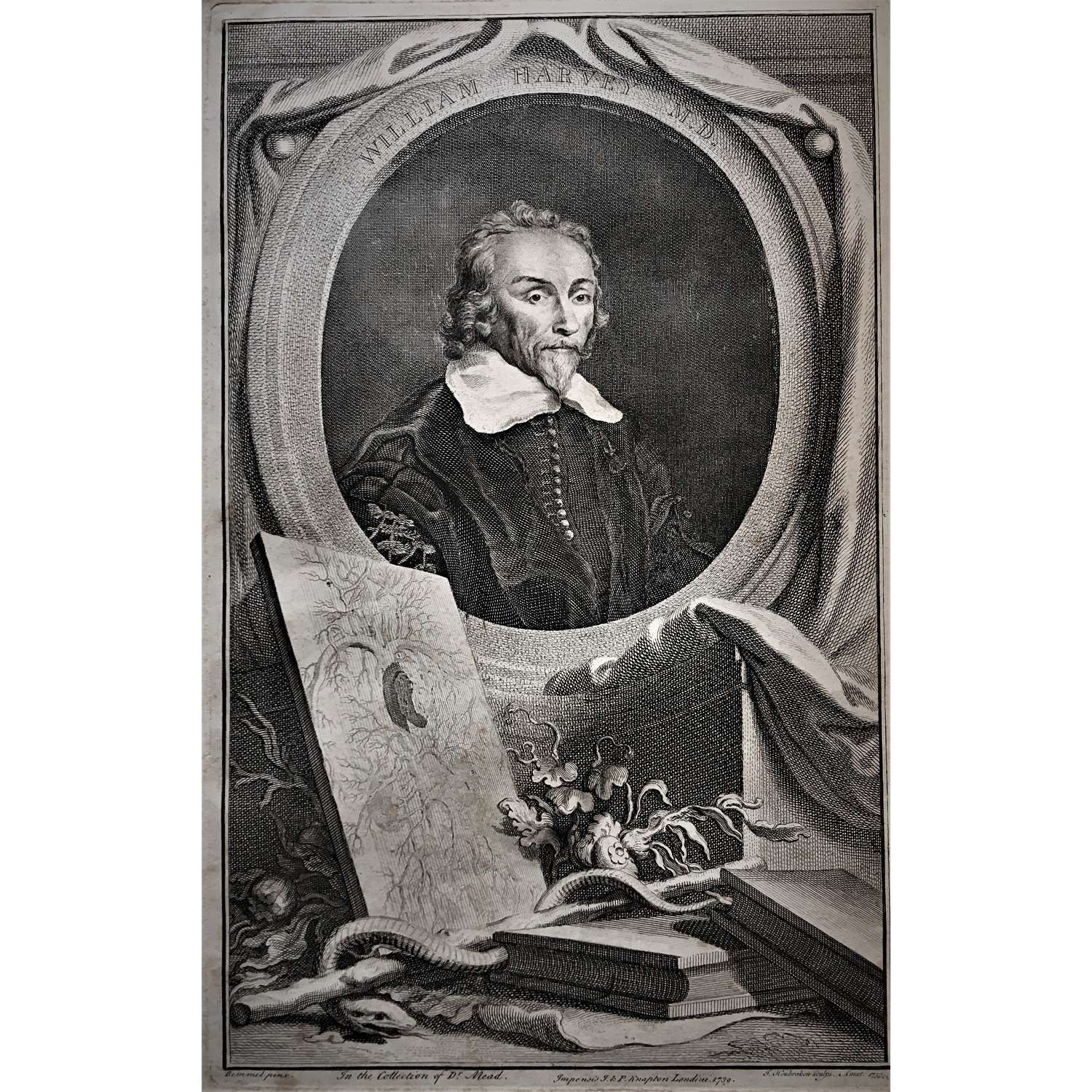 The portrait of Harvey wearing a broad linen collar over a tightly buttoned doublet and gown, within in an oval frame of draped masonry bearing the name and title of the sitter. Books and a chart of the human cardiovascular system beneath, along with the Rod of Asclepius and a fruiting branch of pomegranate (a tree which, according to the myth in Ovid's Metamorphosis, had sprung from the blood of Adonis).

The English physician William Harvey studied at the King's School, Canterbury; Gonville & Caius College, Cambridge and then at the University of Padua. He returned to London in 1604 where he joined the Royal College of Physicians. He was appointed "Physician Extraordinary" to King James I in 1618 and served as "Physician in Ordinary" to Charles I from 1632.

He is most famed for his discovery of the circulation of the blood. Having studied in Padua with the pioneering anatomist and surgeon Hieronymus Fabricius (1533–1619) he published "Exercitatio Anatomica de Motu Cordis et Sanguinis in Animalibus" ( "An Anatomical Exercise on the Motion of the Heart and Blood in Living Beings"), in 1628 (commonly called De Motu Cordis). In this work, which is as famed for its methodology as for its theory, he outlined his idea of how blood circulated around the body.

The portrait used as the basis of Houbraken's engraving was in posession of Dr Richard Mead (1673–1754) and is believed to have been one of two portraits of Harvey which had been saved from the Great Fire of London. 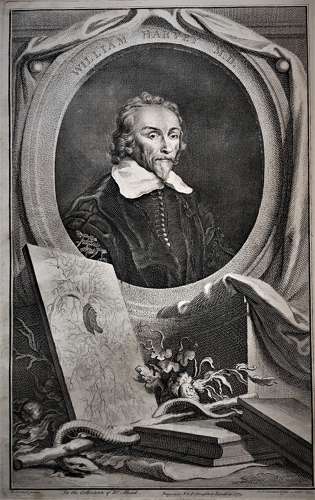