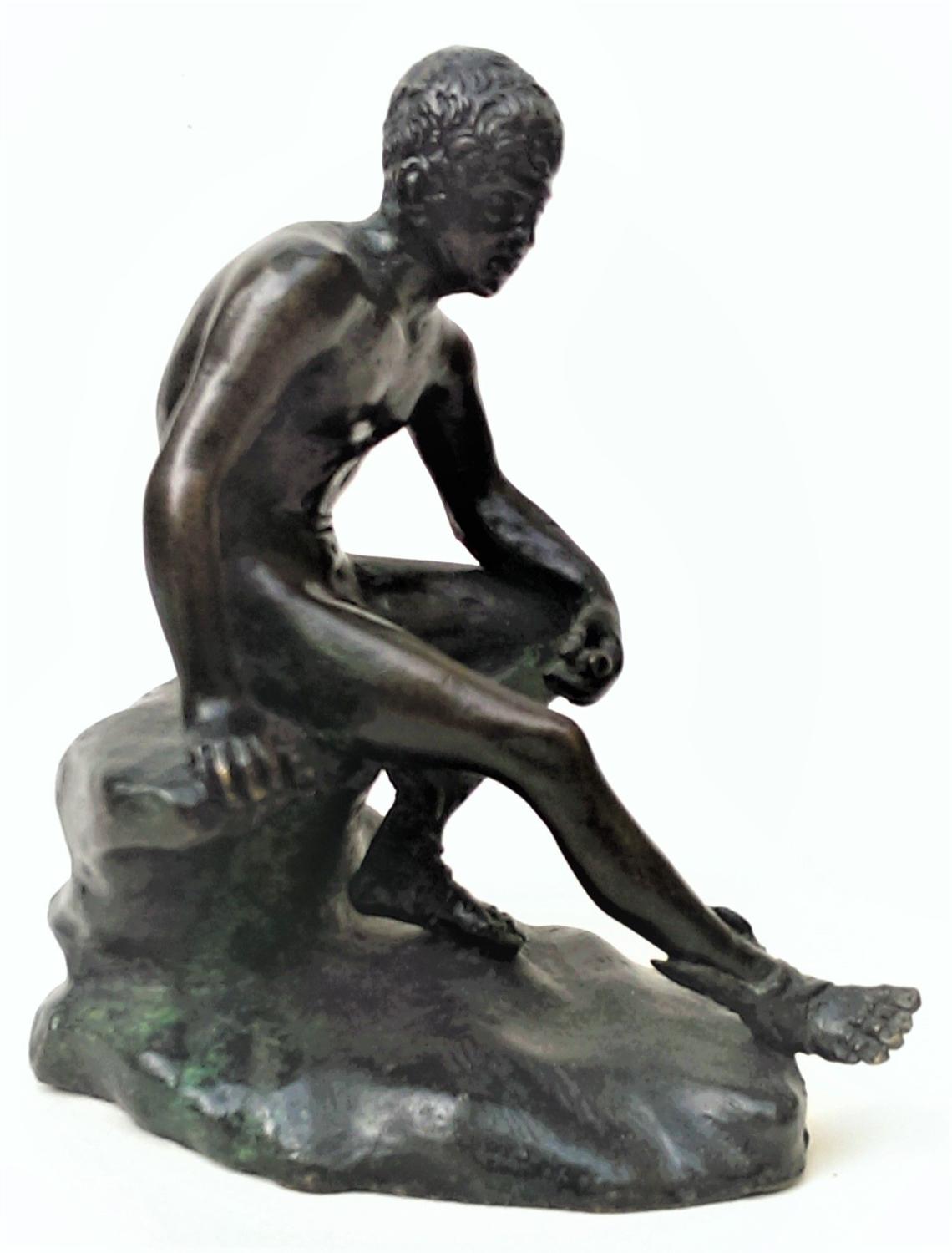 "Seated Hermes" (After the Antique attributed to Lysippos)

An attractively petite, well chased and nicely patinated Grand Tour model of the 'Seated' or 'Resting Hermes' or 'Mercury Resting' after the antique excavated at the Villa dei Papiri and now in the Museo Nazionale Archeologico, Naples.

The bronze Mercury Resting or Seated Hermes, excavated at the Villa dei Papiri, Herculaneum in 1758, is one of the most celebrated art works to have been discovered during the excavations at Pompeii / Herculaneum. A Roman copy of a Hellenistic original attributed the sculptor Lysippos, it was widely admired by Grand Tourists and reproductions were popular as souvenirs.

These models were produced in various sizes by Neapolitan foundries such as Surmmez, Michele D'Amodio’s or Chiurazzi. 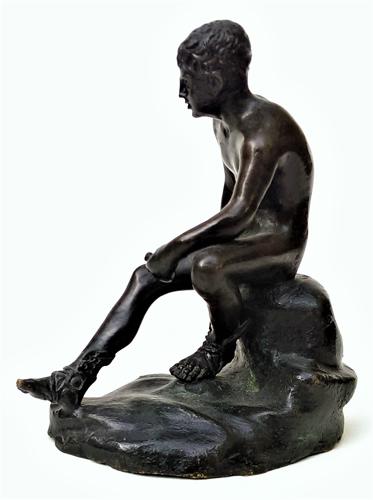 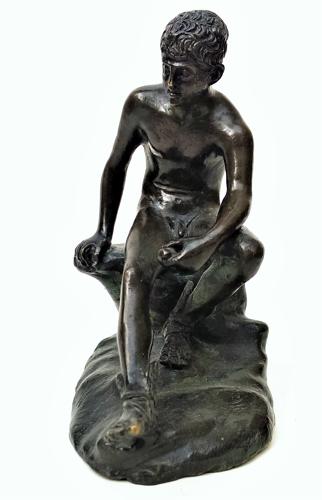 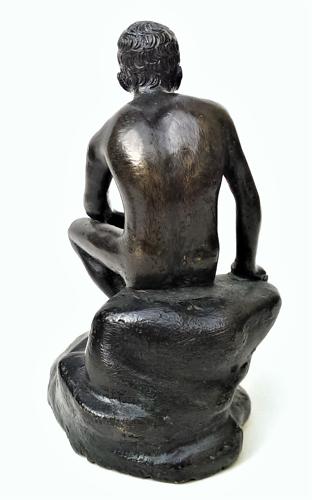 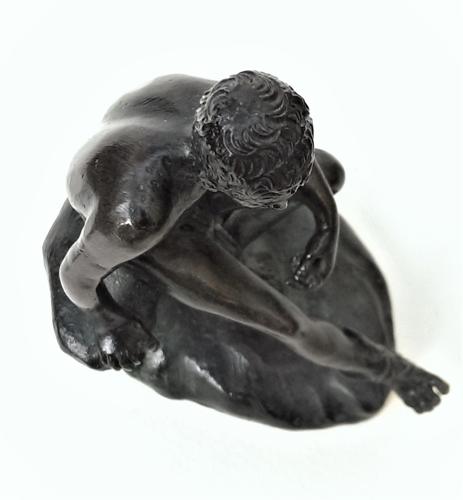 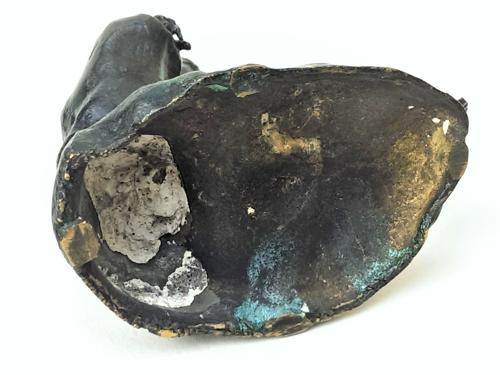