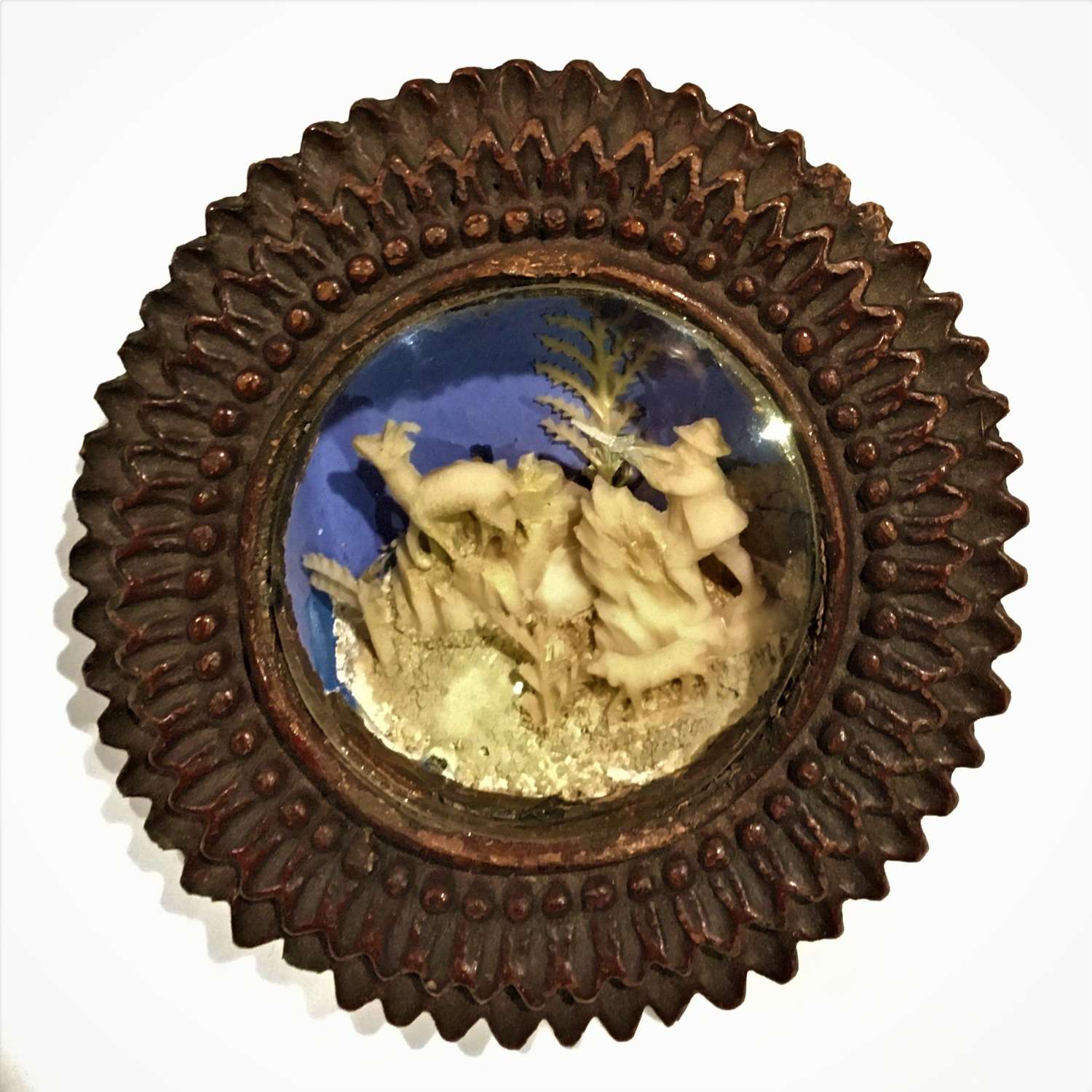 An interesting and unusual miniature diorama, framed in an attractive shadow box. The huntsman, a dog beside him, taking aim at a mountain goat or chamois. Sealed beneath a round piece of convex glass within the original relief-moulded papier mache frame mouled with a sunflower form. The whole scene made from an unusual cream material (wax, dough or, possibly, icing sugar). The background painted in a typical powdery blue.

The diorama is certainly European (possibly English or Scottish but could equally be Swiss, from the Black Forest region of Germany or another alpine region).

Condition: Good original condition. Unexamined out of the frame which appears never to have been opened. Some discolouring to the cream material of the diorama. There is a dent or chip to the moulding around the frame which it looks like it may have been there from the manufacturing. There is a rough edge to the convex glass which is simply glued into the circular aperture of the frame. At the back there is a circular hanger applied with cotton threading. 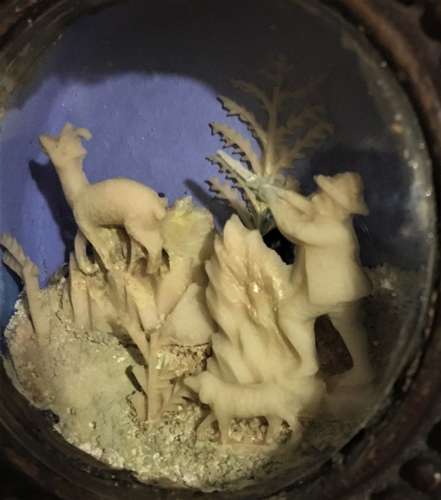 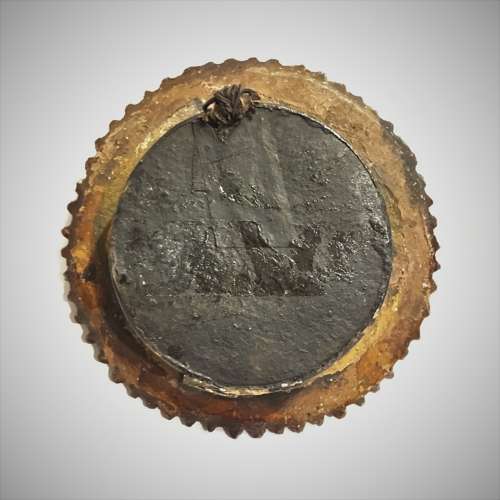