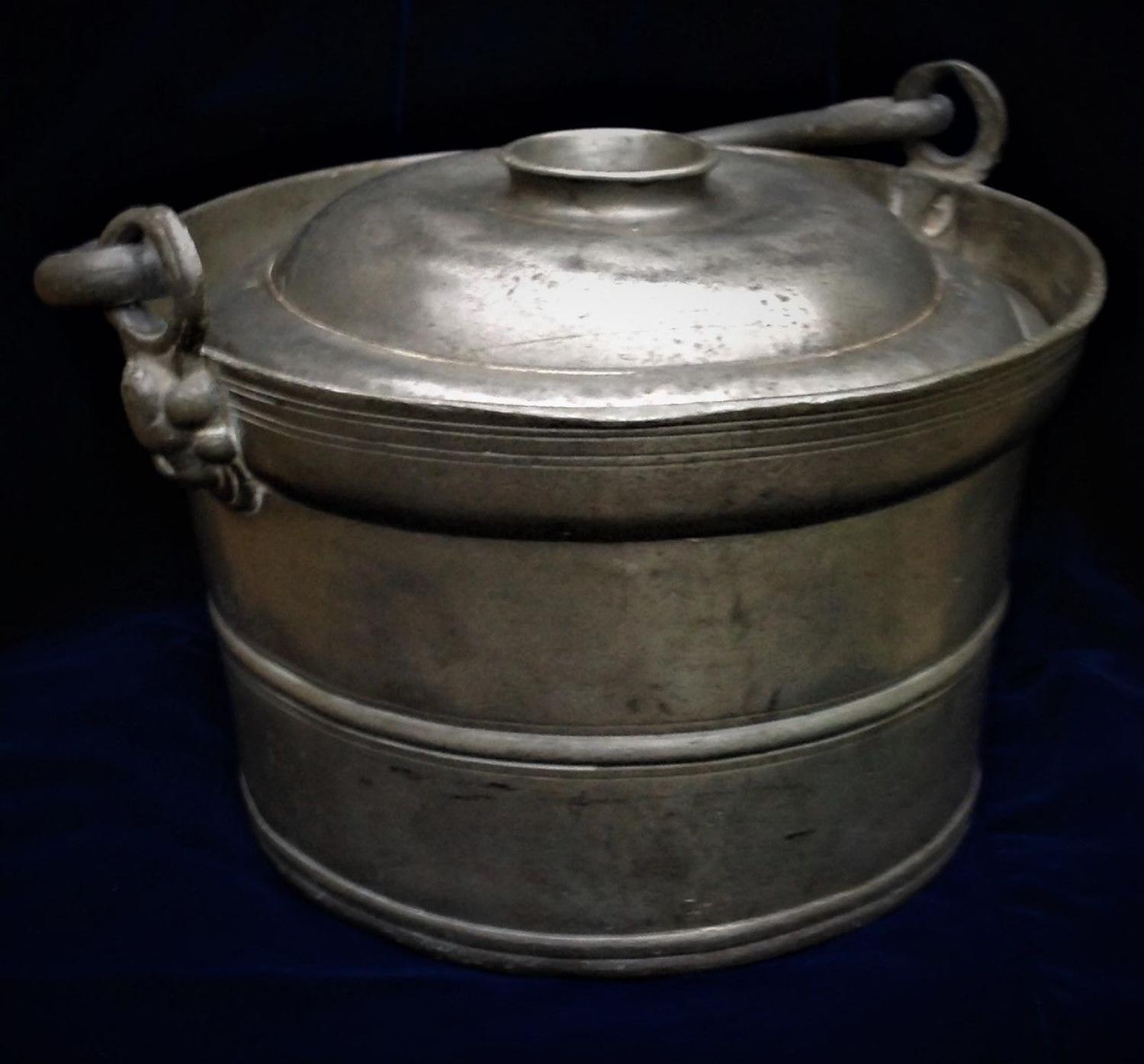 The porte-dîner was a distinctive form of pail in use in France between the 17th and 19th Centuries for carrying food to work (it could be said to be a forerunner to the French gamelle d'ouvrier (tin cantine/lunch box)).

The wear and patina on this particular porte-dîner, along with the fact that the touch-mark has rubbed to beyond legibility, suggests it is an extremely old example which was in regular use and which probably passed down through several generations of a family.