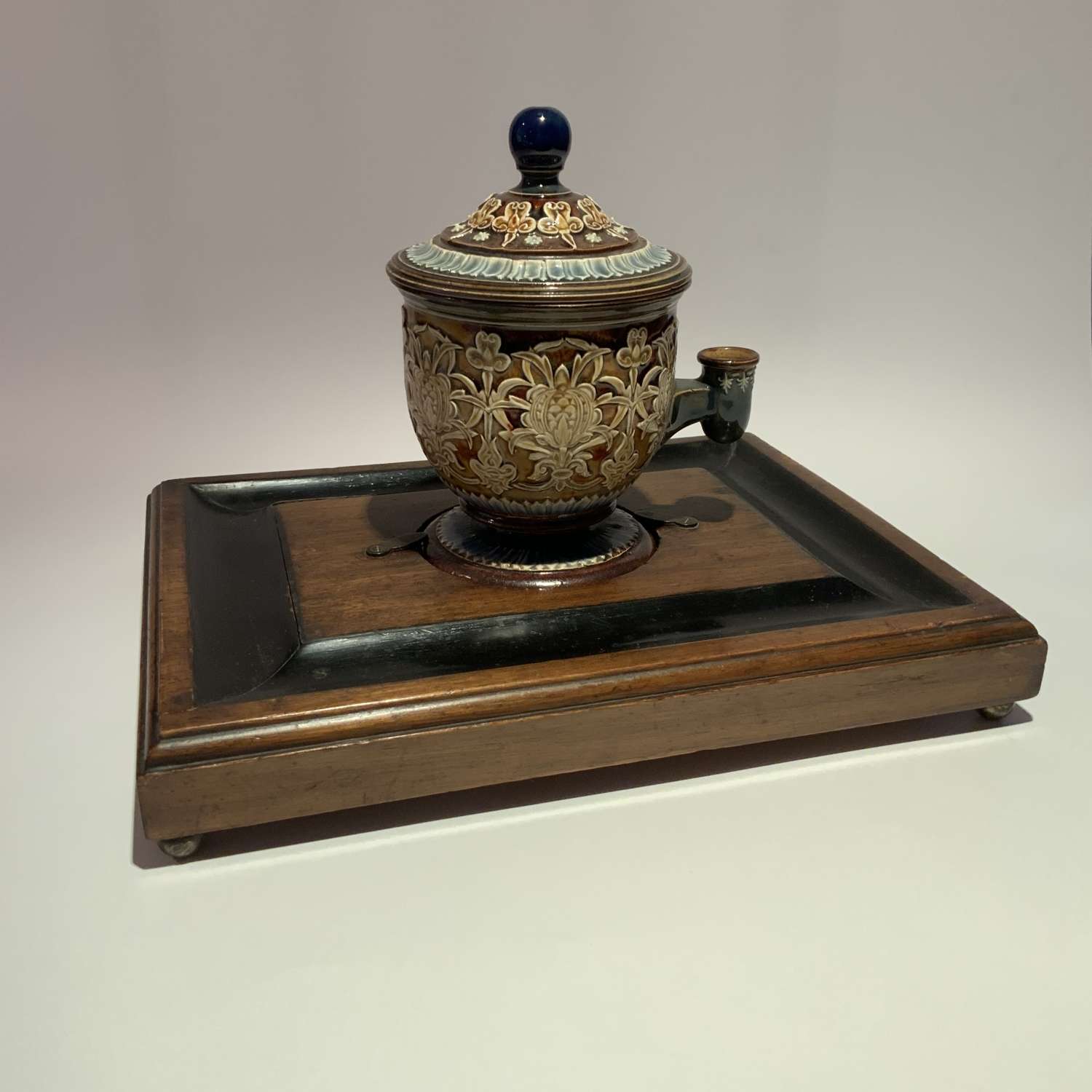 Of urn shape form with a lid and finial. Decorated sprigged motifs of anthemion flowers highlighted with rich brown, blue and cream glaze. Inkwell dip tap to the side. The interior importantly retaining its original vulcanite semispherical swivell mechanism. Impressed marks to the base "Manufactured For" / "Thos de la Rue & Co / London / The Isobath Patent Reservoir Inkstand", numerous other impressed and incised marks to the lid and base including a manuscript 'EP' monogram (the decorator's mark for Emily J Partington (active at Doulton 1876-1912)).

The Doulton design for this inkstand is credited to John Huskinson, the patent for mechanism of the constant-level "Isobath" inkwell was lodged by W.T. Shaw in 1891 (registration no.167875).

This inkstand comes with a base in the form of a very impressive late 19th Century wooden pen-rack, clearly made especially to hold the inkwell. With its ebonized pen-slots and brass ball feet this makes the whole a particularly impressive piece.

Literature:-
See p.167 Desmond Eyles "The Doulton Lambeth Wares" (Hutchison, London, 1975) where he writes of the Doulton "Isobath" inkstands:
“It is not known how many were made but they are seldom seen nowadays and are regarded as very unusual collector’s items.”
(A similar piece is illustrated as Plate XXXIX). 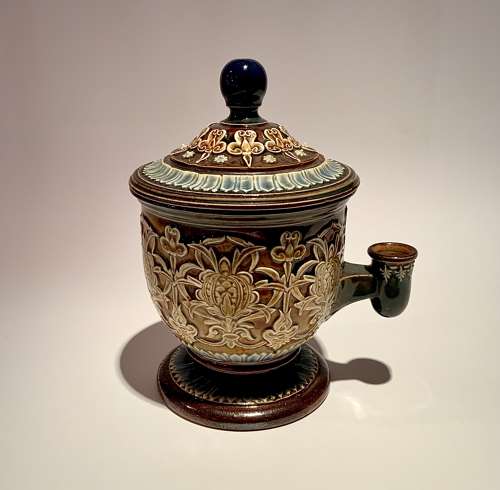 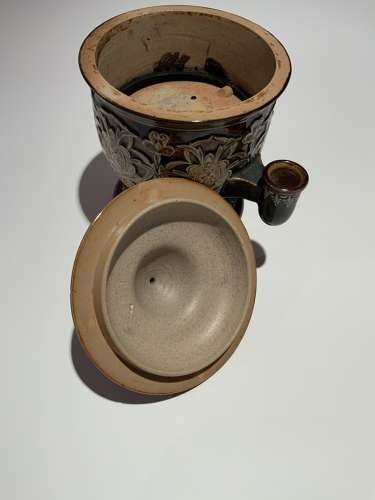 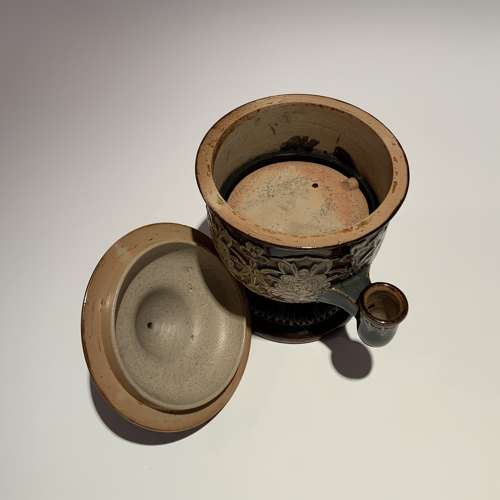 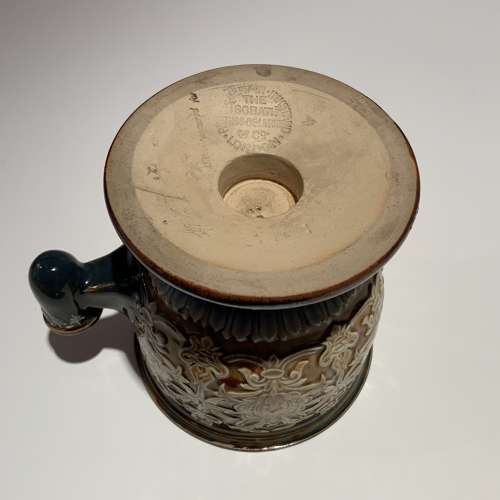