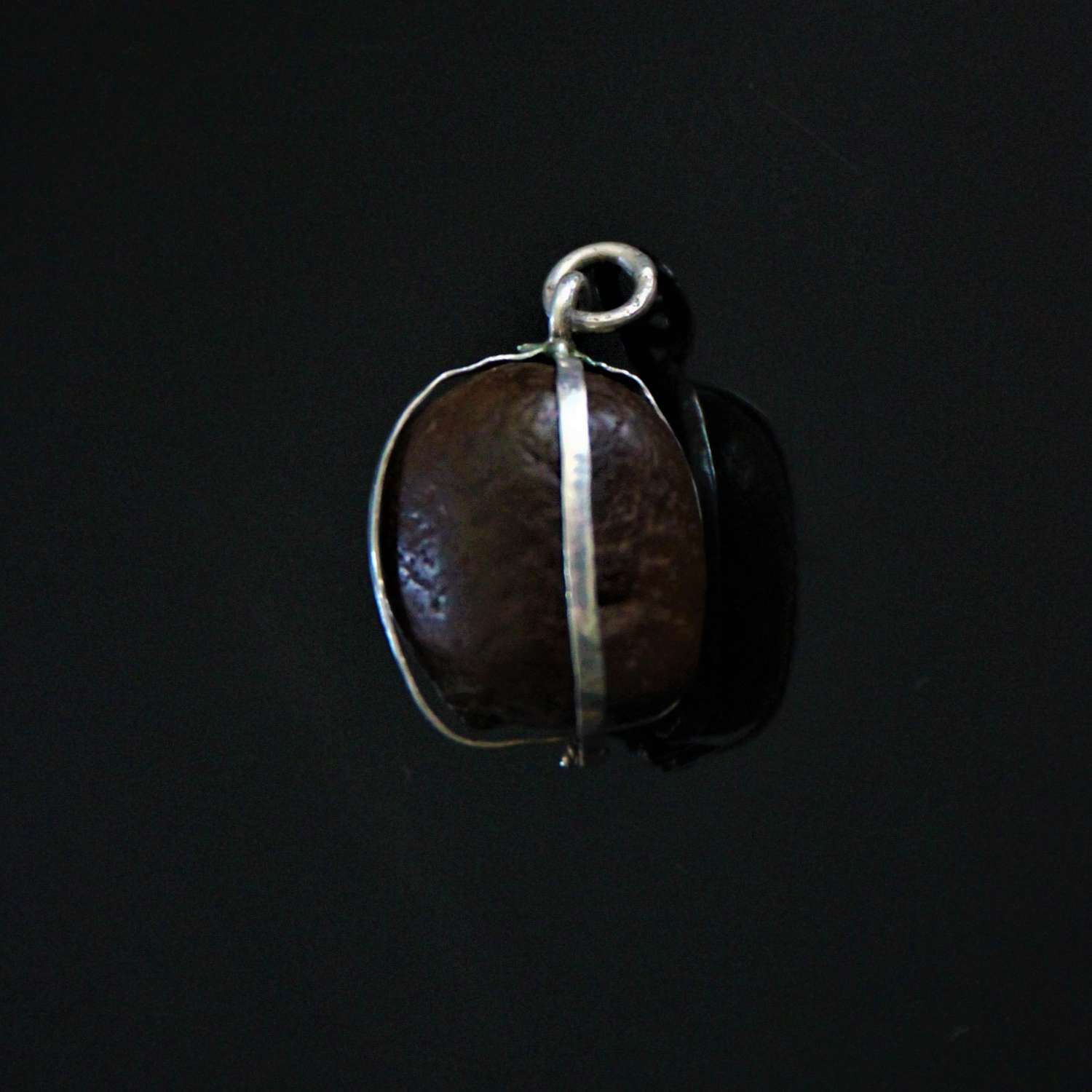 A rare Eaglestone or Aetites amulet or talisman mounted in silver

Natural pebble, mounted within plain silver bands (unmarked) and fitted with a bale for suspension as an amulet or pendant. The amulet is currently held within an 18th or 19th Century turned ivory egg-shaped container, which unscrews with a threaded band to the middle.

These unusual, naturally occurring stones are known as Aetites, Aquilaeus, “Eaglestones” or "Peres de Eagle" (pierre d'aigle). In German they are known as Klapperstein (“Rattlingstones”) and in Italy Pietre Gravide ("Pregnant Stones"). They are a type of “geode”, formed from pebbles of reddish-brown, high-iron-content haematite ("bloodstone"). Within the hollow centres of these Eaglestones, some of the crystalline structure has come loose and, in doing so, a natural self-sealed rattle has been formed. You can feel the contents rattle within, like a child in the womb. To the ancients this phenomenon was explained by these stones being those which would give birth to other stones. It was also believed that they could be found within eagle’s nests where, according to folklore, they assisted this most noble of birds with laying its eggs. They derive their name Aetites from the ancient Greek ἀετίτης (literally meaning "eagle-stone"). The eagle was the symbol of both Zeus and Jupiter in Greek and Roman mythology and items associated with these birds were accorded with a very high status.

Pliny wrote in the First Century about the magical powers and medicinal properties of Eaglestones.1 They were used as amulets across Northern Europe and the Mediterranean, particularly in helping with childbirth. Their use was recommended, encouraged and sanctioned by various cultures, including within the Jewish and Muslim medical traditions. Lapidary medicine was extremely popular; physicians and apothecaries were expensive but medicinal stones were reusable objects which held their value and could be passed on. Although Eaglestones are formed from base minerals and easily overlooked from their outer appearance, their unusual formation and perceived supernatural properties ensured they found their way into many noble collections and treasure rooms. The Inventory and Will of Humphrey de Bohun, Earl of Hereford and Essex (1276-1322), mentions his wife as being in possession of a "peres de eagle", alongside jewels made with amber and coral (which were also believed to have healing powers).2 Two similar stones are described in the Inventory of Charles V of France, written-up in 1379, and in 1533 Henry VIII, wishing to make certain that his new queen received the best medical attention, ensured that Anne Boleyn had an Eaglestone to wear on her left wrist to assist her with the safe delivery of a healthy child.3

In the 1600’s Eaglestones could be acquired from reputable apothecaries and physicians, at a price.  The inventories of the 17th Century London wholesale apothecaries Francis Estwick and John Conyngesby list them as stocking Eaglestones alongside Bezoar Stones. Various treatises were published to discuss their supposed virtues and merits.4 The English herbalist, physician and astrologer Nicholas Culpeper (1616-1654) expanded on the various medicinal properites of metals, minerals and stones. When writing about Eaglestones he cited Pedanius Dioscorides and Pliny and described the use of these stones as follows:

"Atites, or the stone with child, because being hollow in the middle, it contains another little stone within it, it is found in an Eagle's nest, and in many other places; this stone being bound to the left arm of women with child, stays their miscarriage or abortion, but when the time of their labour comes, remove it from their arm, and bind it to the inside of their thigh, and it brings forth the child, and that (almost) without any pain at all."5

While belief in the merits of lapidary medicine diminished with the development of modern healthcare, faith in amulets and talismans and the good fortune they could bring still persisted well into the 18th Century (even amongst the most elevated stratas of society). In 1717 Sir Streynsham Master (1640-1724), who had served as the East India Company's Agent of Madras, wrote to his daughter Anne, the wife of Gilbert 4th Earl of Coventry:

"Yesterday I delivered to your grandmother Legh (of Lyme) an eagle stone in an Indian silk bag, a paper sew'd upon it, N° 21, and in it a paper wrote upon — 'Eagle stones good to prevent miscarryages of women with child, to be worne about the neck and left off two or three weeks before the reckoning be out.' I had another of them which was smooth, having been polished, which I believe was that which you write to your grandmother about. It was lent to Sir Francis Leycester's lady. I desire you will, if you can, tell me where 'tis, that I may have it again, and this also I would have returned to me when you have made use of it for the occasion, which I pray God send you happily over."6

A late 19th Century contributor to the scholarly Oxford journal Notes & Queries describes "Amongst the relics in the possession of [their] family" an object which was known as "the eagle stone" which was, by tradition, worn by women relatives before childbirth. The first record which the correspondent could find to this object was in a letter in their family's archive where is was "mentioned with much respect by the worthy spouse of a Norfolk vicar in the time of William III [reigned 1688-1702]". It should be noted that the Eaglestone described here is also associated with Norfolk. In respect of the Notes & Queries example "reliance upon its merits did not pass away until the early part of this [the 19th] Century".7

The American billionaire John D. Rockefeller Sr (1839-1937) is said to have carried an Eaglestone with him at all times as a lucky charm, which he kept in his pocket.8

The Eaglestone here is obviously an extremely ancient, natural pebble. It is impossible to know when it was recognised and collected and its status elevated from aggregate to amulet - or, indeed, whether it was found in the nest of an eagle. The simple silver bands anchoring the stone are unmarked and unadorned which also makes dating difficult. In its current form, a timeframe of Mid-16th to Late-17th Century is most likely. Presumably it was placed within the turned ivory egg at some point in the 18th or 19th Century as a allusion to its being an "Eaglestone", which may have been found alongide eggs in a nest.

The National Archaeological Museum of Umbria in Perugia holds a collection of amulets dating from Paleolithic to Early Modern eras which where assembled between 1870 and 1920 by the Italian academic Giuseppe Bellucci (1844-1921). This collection includes Eaglestones ("Pietre Gravide").

Please note that before being shipped to many jurisdictions it will be necessary for the purchaser to obtain the necessary permits to comply with current CITES regulations for the amulet to be sent with its associated ivory container.

3. See p.126, Beatrice Gottlieb, "The Family in the Western World from the Black Death to the Industrial Age", Oxford University Press, 1994

6. p.154 William Ffarington and Rev F R Raines (Ed.), The Stanley Papers, Part 2, "The Derby Household Books: Comprising an Account of the Household Regulations and Expenses of Edward and Henry, Third and Fourth Earls of Derby; Together with a Diary Containing the Names of the Guests who Visited the Latter Earl at His Houses in Lancashire", Cheltenham Society, 1853 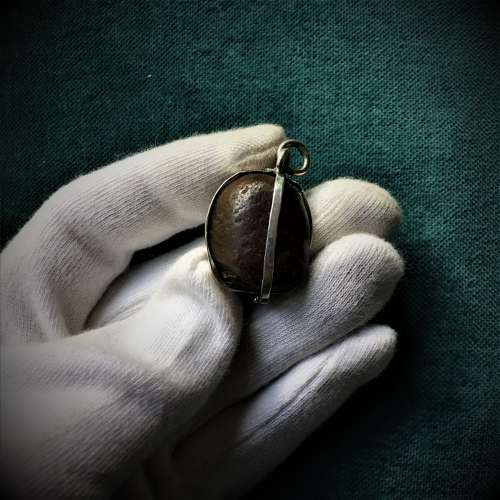 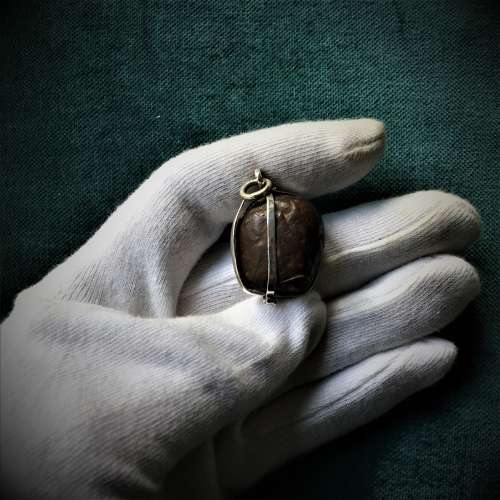 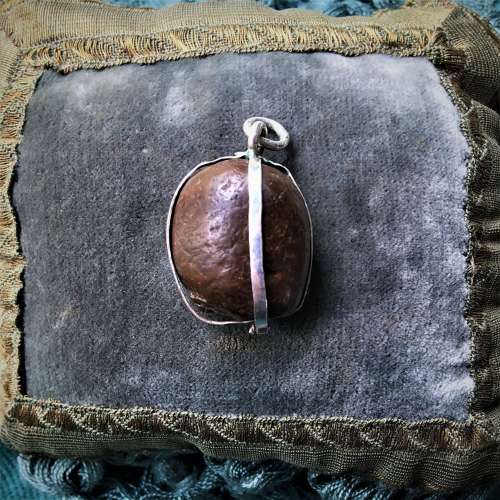 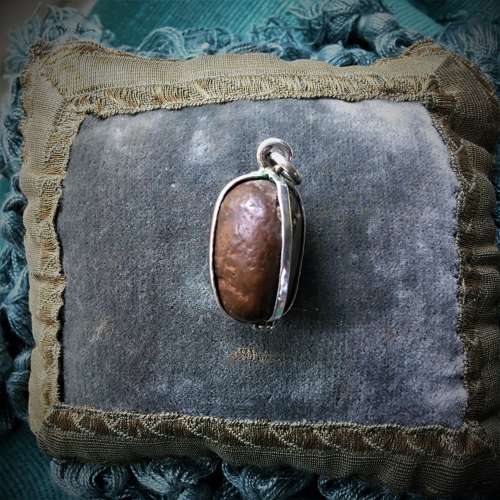 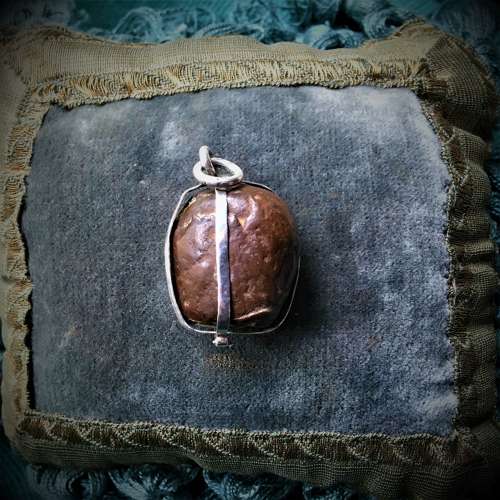 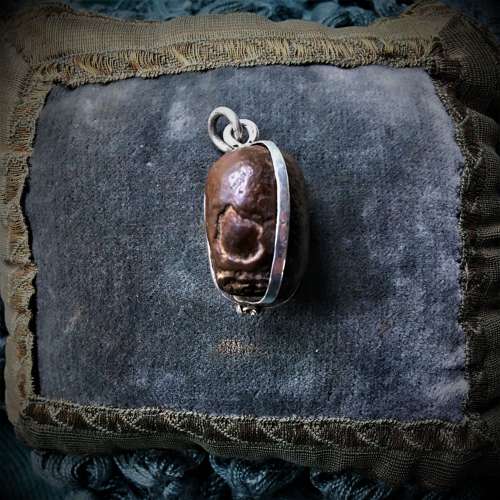 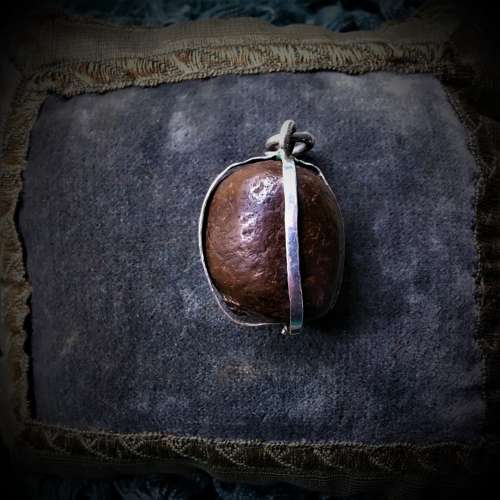 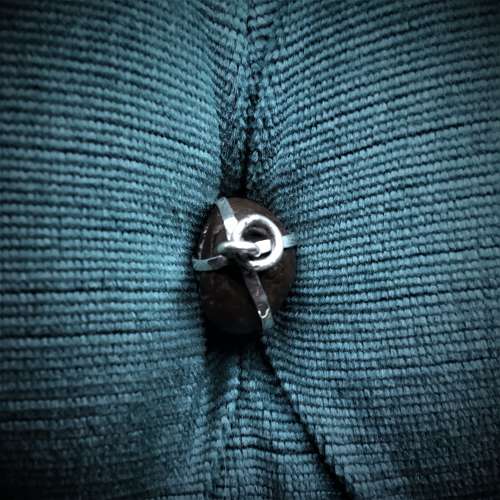 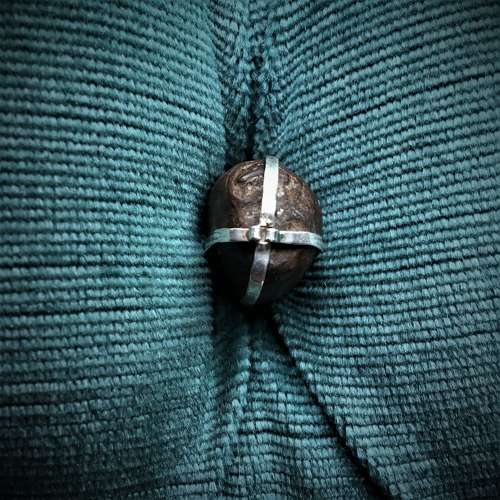