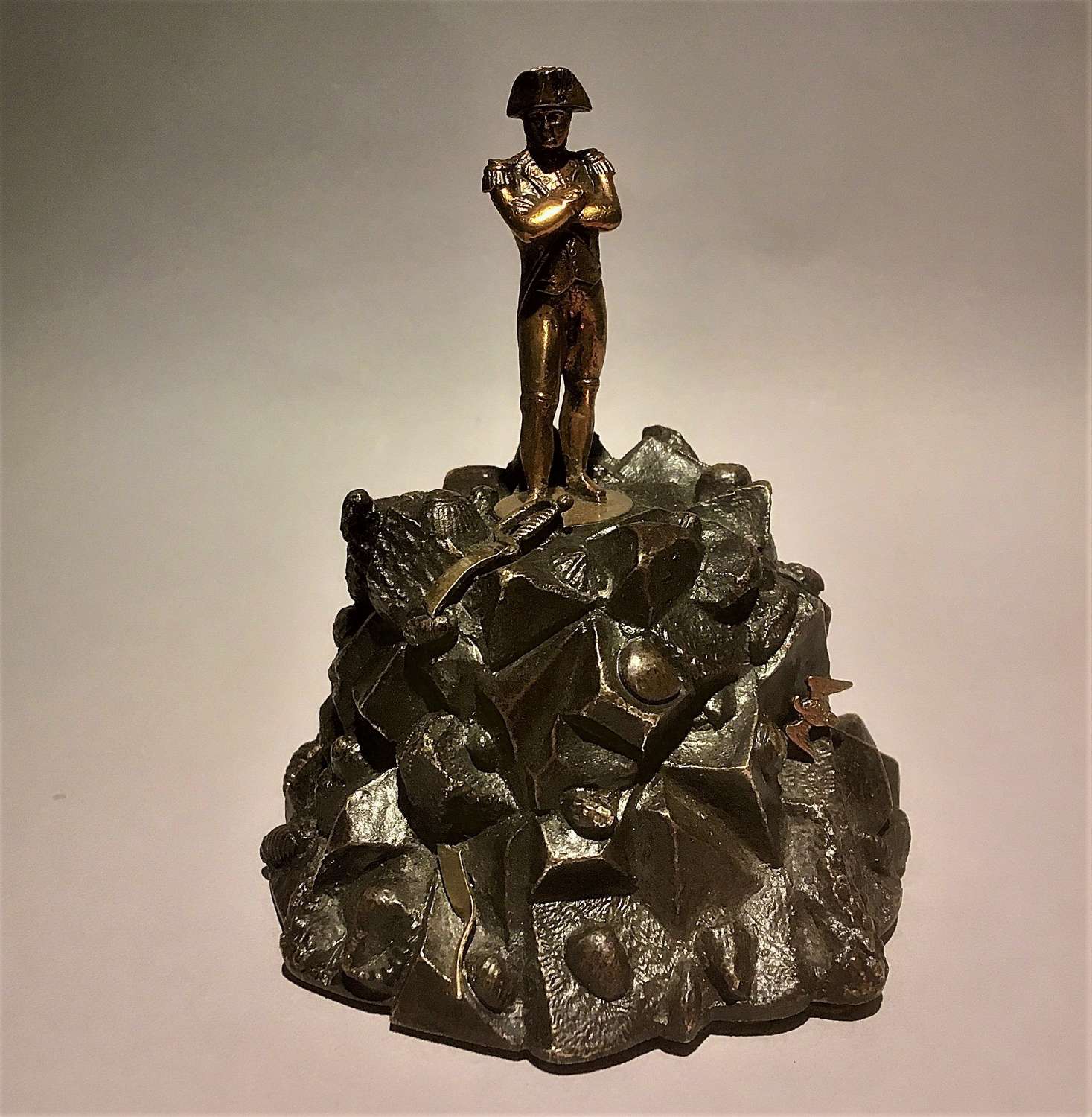 A small bronze sculpture of Napoleon standing on a rocky outcrop

Napoleon standing in uniform, in distinctive crossed arms pose. The base modelled with rocks, shells and barnacles, the hilt of a broken sword at the Emperor's feet, the bent blade tumbling further down the outcrop and a small Imperial Eagle perched amongst the rocks. The figure of the Emperor and the elements of the broken sword and eagle seperately affixed in contrasting gilded patination. Seemingly unmarked. Old green baize beneath.

This interesting statuette dates to around the time of the "Retour des cendres" in 1841 (the return of Napoleon's mortal remains from St Helena to be reinterred at Les Invalides in Paris).  It is closely related to a painting by J.M.W. Turner from the same time entitled "War: The Exile and the Rock Limpet" which depicts Napoleon in excile on the island of St Helena pondering a limpet in a rock pool, whose tenacious but precarious existence is analogous to his own. The sculptor here uses the same imagery of shells, barnacles and limpets clinging to the rocks, like the Emperor exciled to the remote South Atlantic island, but adds the elements of broken sword to reflect his defeat and the end of his military prowess and the eagle perched like a seagull, as an allusion to Napoleon's diminished status. 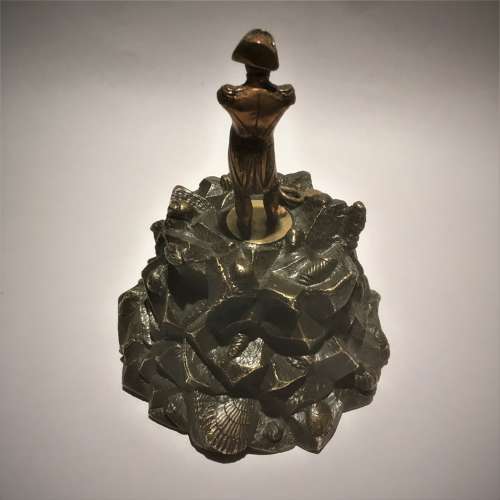 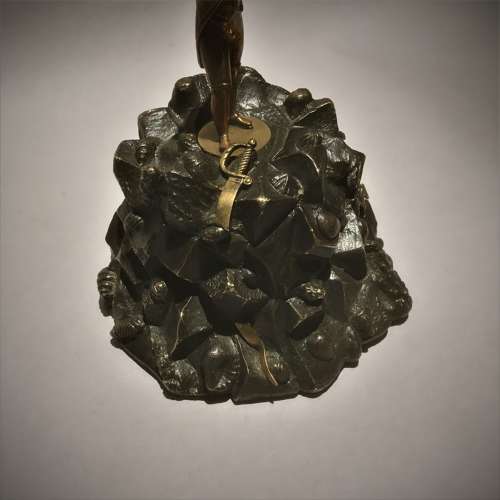 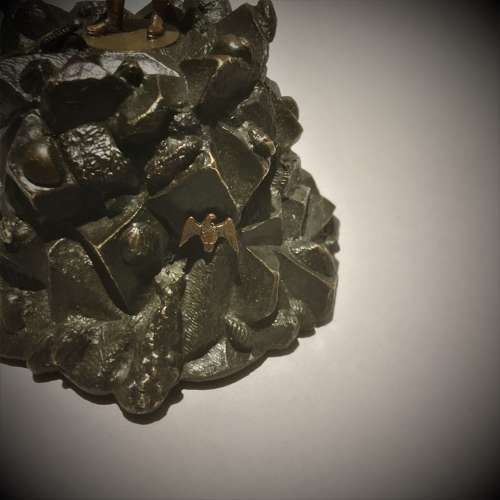 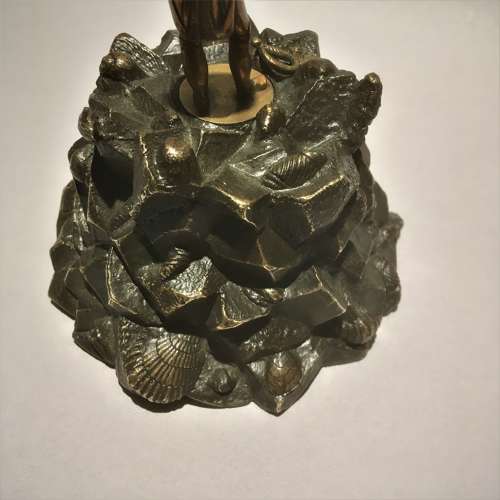