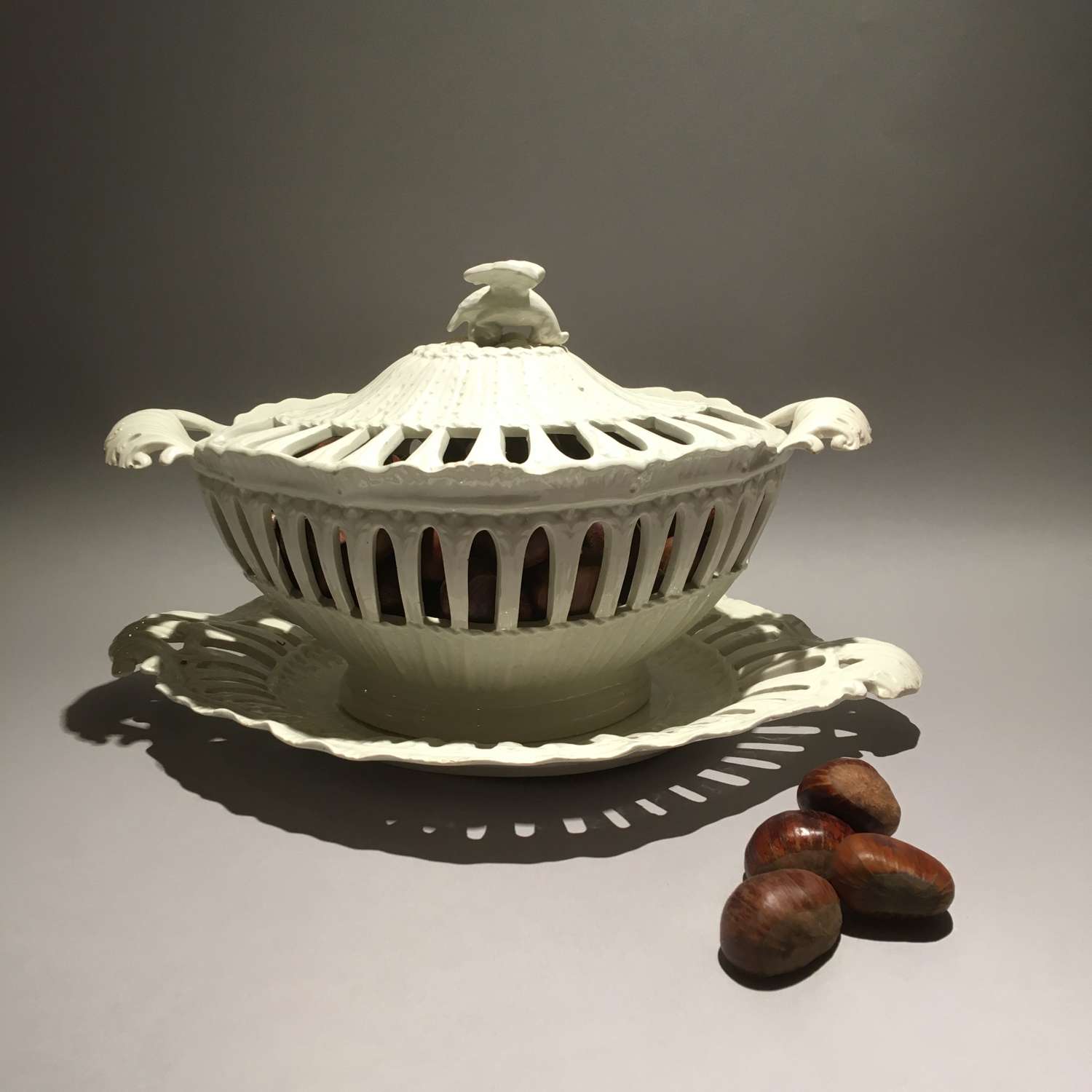 Creamware pottery chestnut basket and stand. Leeds Pottery c1780 One of the finest examples of 18th century period creamware pottery produced by the famous Leeds Pottery in Yorkshire, the chestnut basket and stand. This iconic piece of plain undecorated creamware with its intricate hand pierced decoration is a testament to the potters art. The basket still retains its original stand with it's fine reticluated border. AN ENGLISH CREAMWARE CHESTNUT BASKET, COVER AND STAND
CIRCA 1770-1780
OVAL WITH PIERCED SIDES, THE BASKET WITH TWO ACANTHUS LEAF HANDLES, THE COVER FINIAL FORMED AS A FRUIT
THE STAND 11 1/8 IN. (28.3 CM.) WIDE

This pair of creamware candlesticks were made in Filey by John Thomas Morton who had formerly worked for members of the Senior family to whom he was related by marriage. John Thomas began work on his own account in 1933 using moulds which had been used by George Senior in Leeds.

The finely pierced work and light weight of the finished pieces are equal to anything made at Leeds but are fortunately easy to identify as they are inscribed underneath J.T. Morton/Filey.

In the late 19th and early 20th Century the Senior family began making reproductions of 18th Century creamware at the "Leeds Art Pottery" in Hunslet, West Yorkshire. James "Wraith" Senior worked alongside his sons George William (1882-1970), James Jr. (d.1917) and his brother-in-law John Thomas "J.T." Morton (1875-1956), who had been apprenticed to him in the 1890's. Eventualy J. T. Morton started up his own art pottery at Airy Hill in Filey in the 1930's.

Senior's and Morton's wares can sometomes be of such high quality that they can be mistaken for the work of earlier factories. Hartley, Greens and Company 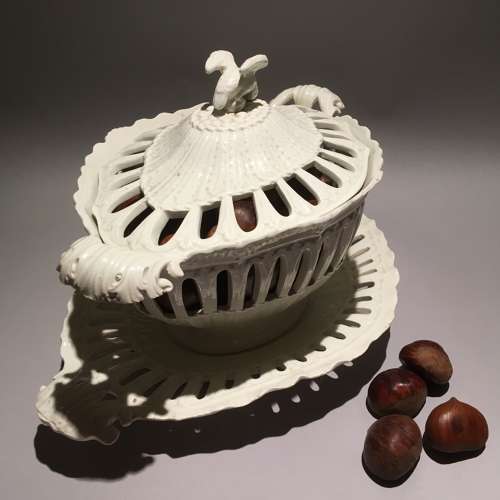 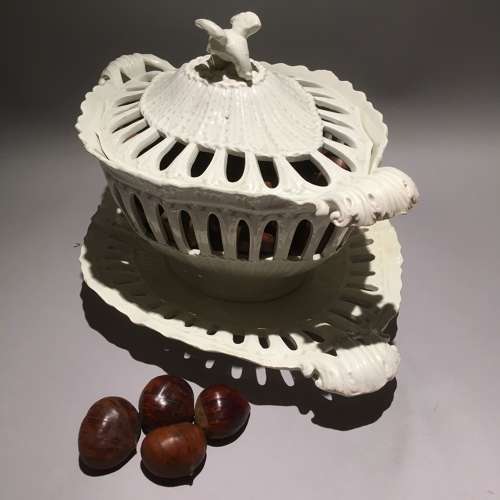 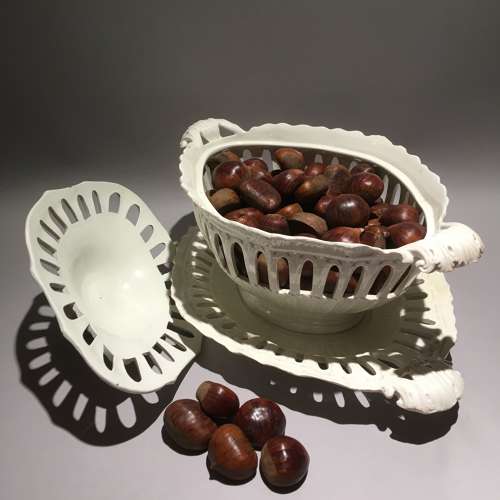 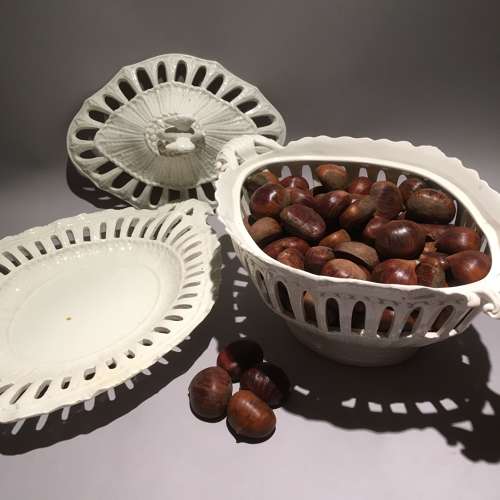 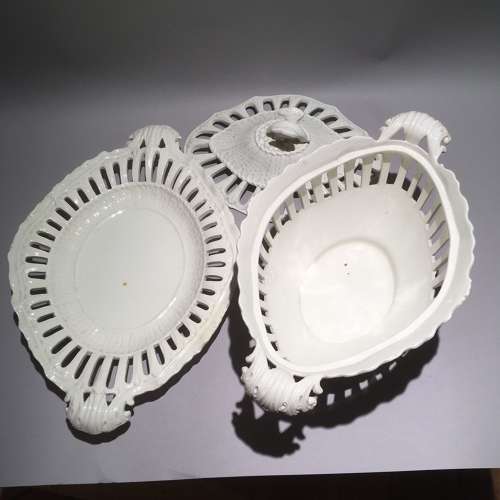 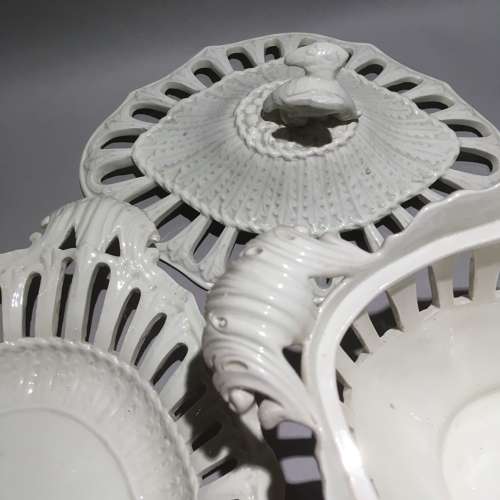 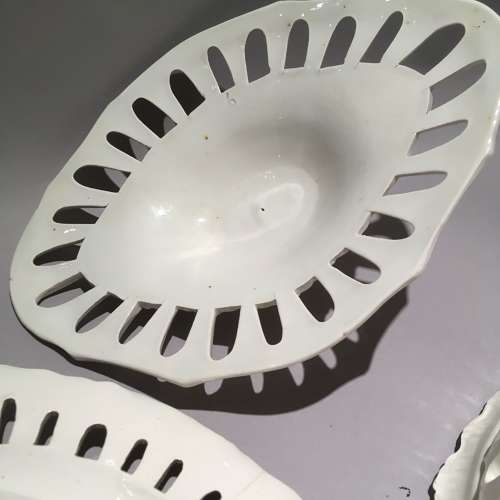 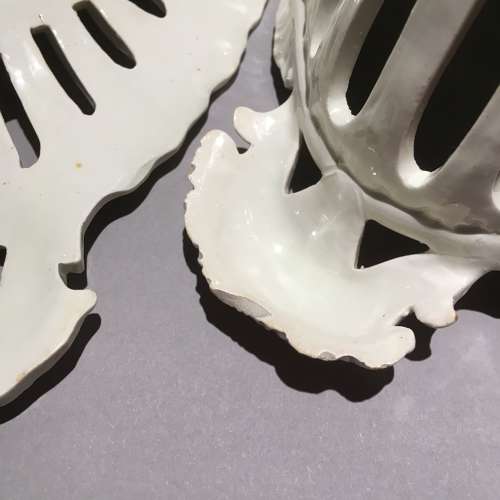 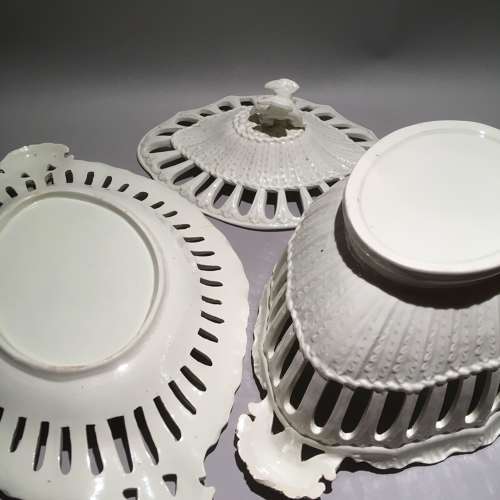 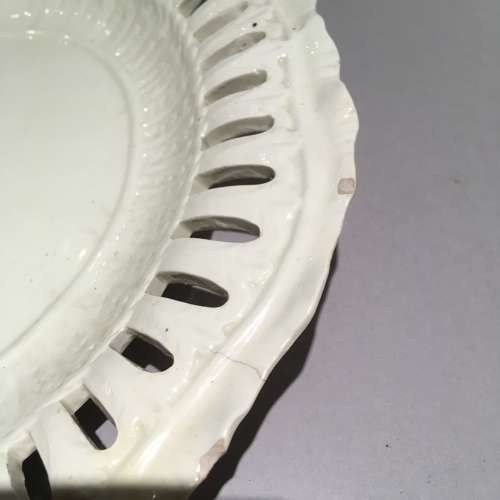 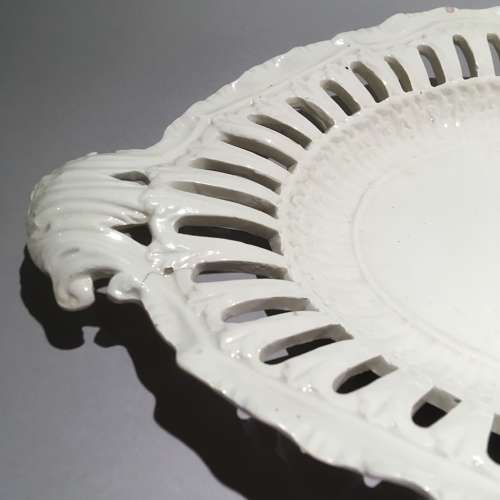 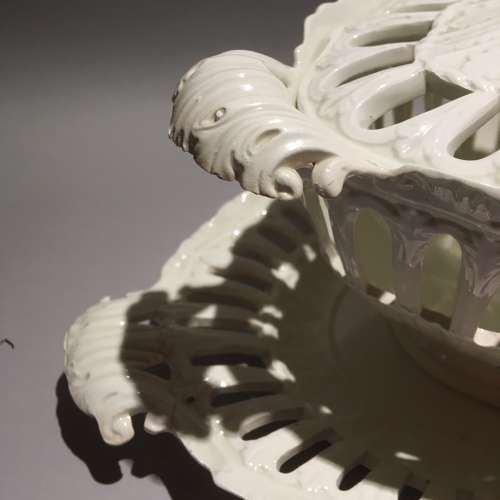