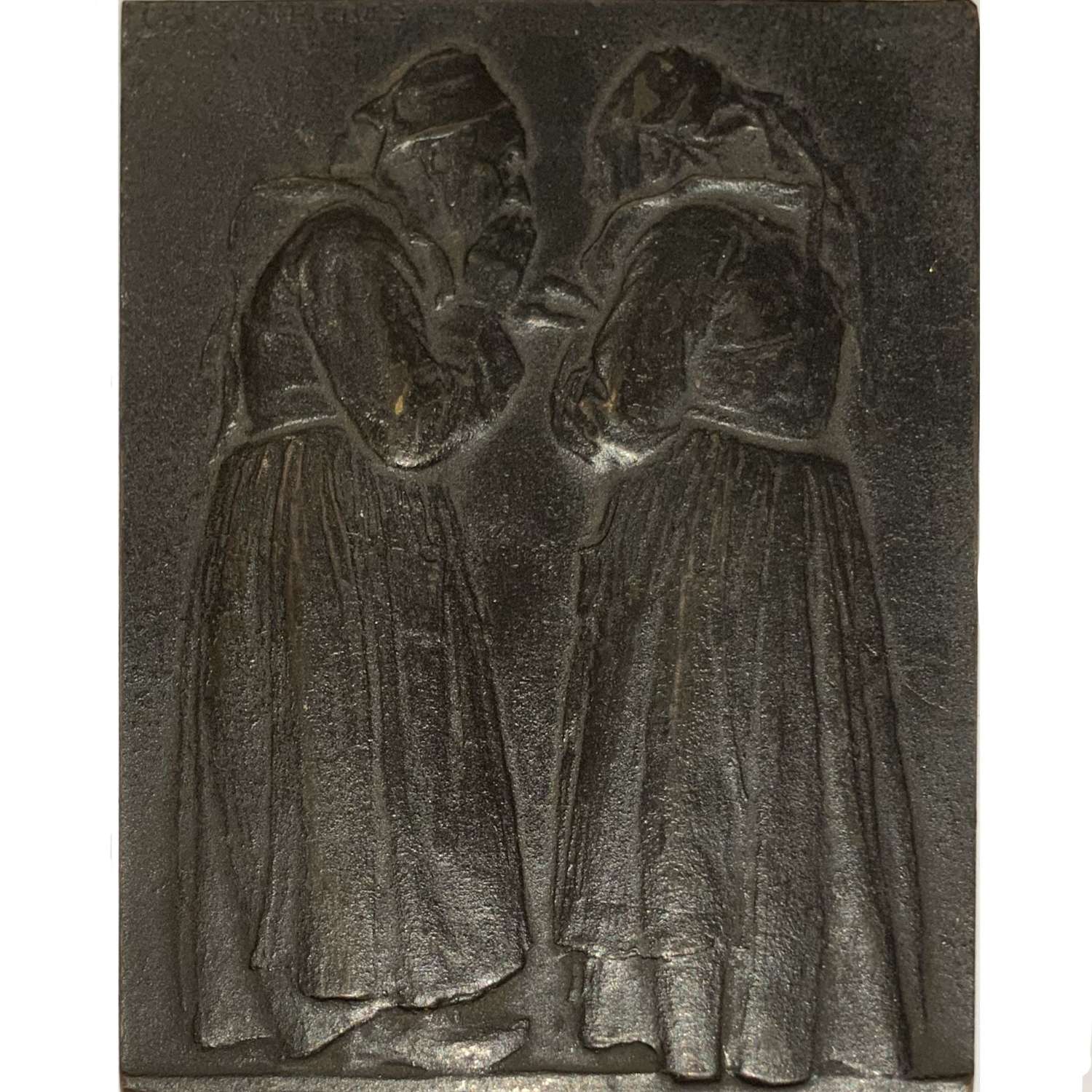 A sculpted miniature medalic portrait plaques by the French medalist André-Pierre Schwab. The plaques depicts two elderly women standing in conversation. The women wear specific Breton headdresses of a close fitting coif or coiffe, folded up with trailing ribbons behind. This shape was once specifically associated with the commune of Fouesnant in the Finistère département of Brittany, north-western France.