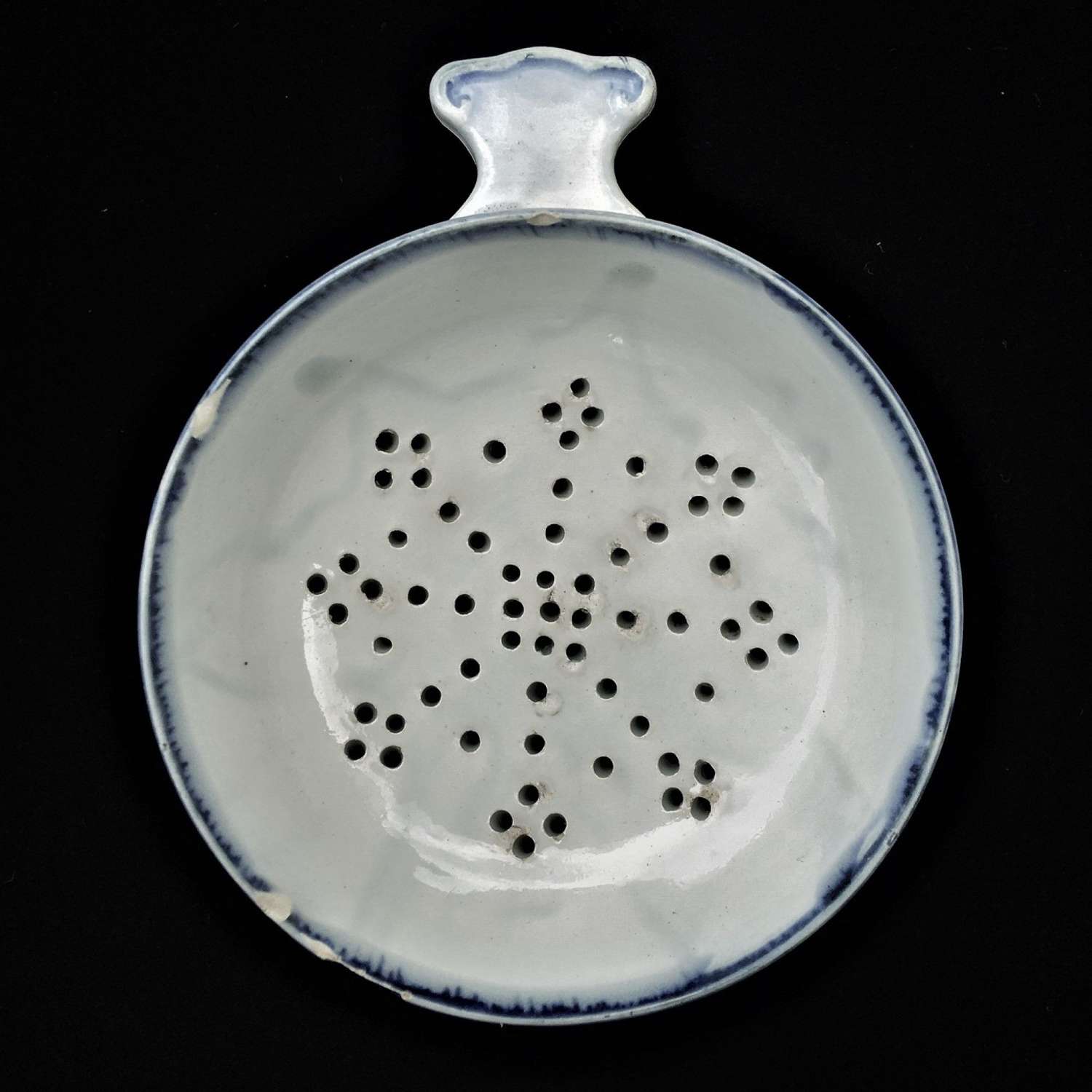 A Rare 18th Century Saltglaze & Cobalt Blue Egg Drainer/Strainer.
English (probably Staffordshire or Yorkshire), Circa 1770.
Measures: 9 cm diameter across the bowl;  11.1 cm from the tip of the handle to the front of the bowl; 2.1 cm high

The circular earthenware body, glazed with feathered cobalt blue highlight to the rim. Curved sides with an indented band to the outside and an applied moulded handle of oriental inspired 'lingzhi' form. The cobalt blue gently pooling within the rim of the handle's shape. The bowl pierced with holes, making a stylized 8-point star or flower pattern. Pooling to the saltglaze around pierced pattern indicating it was inverted while the glaze was wet.

18th Century factory documents sometimes call these type of strainers "egg drainers" and so this is how they are now described. They were often included within breakfast sets and probably used to serve poached eggs - though they could equally have been used for straining tea or to prevent lemon pips from spoiling punch. This item dates to the last half of the 18th Century - probably to around 1770 (possibly slightly earlier or slightly later).

In good condition is good for its age. There are five small chips/nibbles around the rim. There is one chip on the rim which has been overglazed, indicating that it was there at manufacture before glazing and firing. There is some wear around the pierced draining holes. 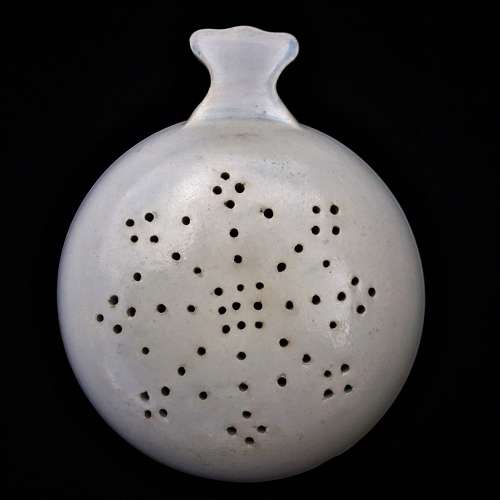 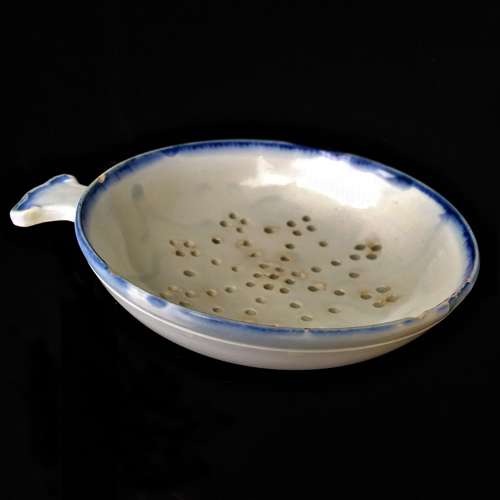 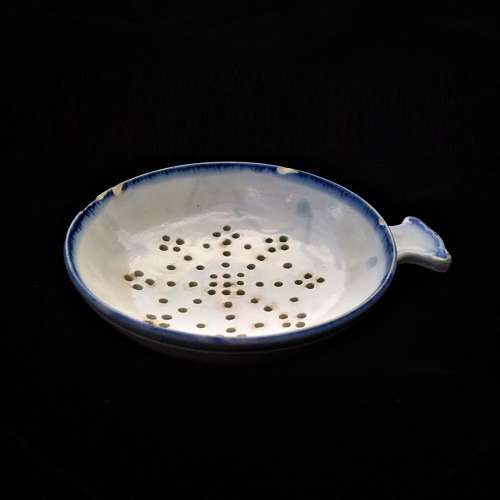