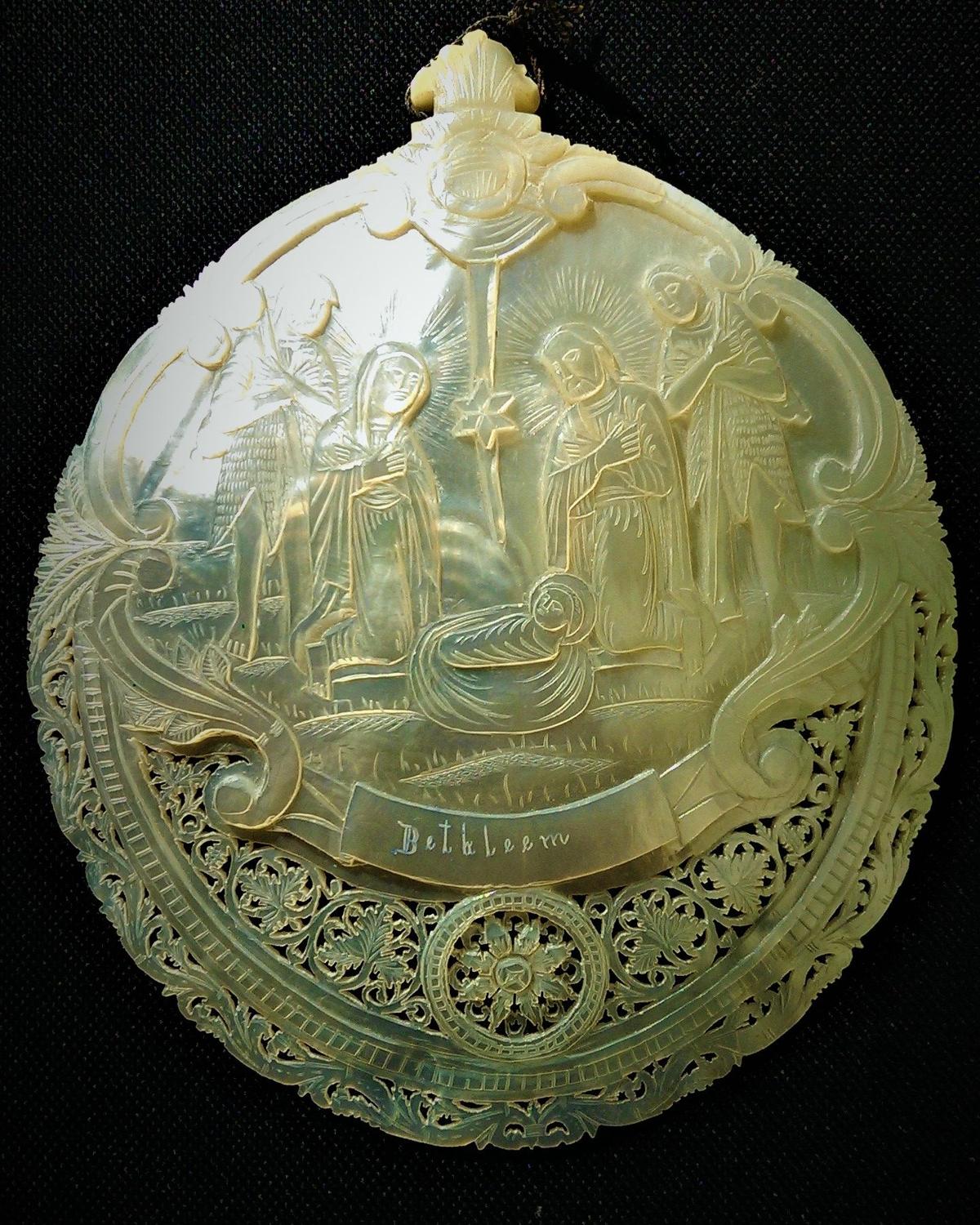 Baptismal spoon in mother of pearl carved with the Nativity

Notes:
These carved shells served both as devotional plaques and baptismal spoons. They were popular as souvenirs amongst the wealthiest European pilgrims to the Holy Land, who sometimes gave them as christening gifts or presented them to churches on their return. The carving is generally attributed to monks from the Franciscan Order, to whom Pope Clement VI had granted Custodia Terræ Sanctæ in 1342, who practised the art of shell carving to provide revenue for their mission to guard "the grace of the Holy Places". The Fransiscans also trained Arab craftsmen and women to undertake this work. Mother of pearl items were retailed outside the holy sites and the industry was noted in the writings of Richard Pococke (1704-1765) on his visit to Bethlehem in 1727. The art form reached its peak in the early decades of the 19th Century. Suitable oysters for the mother-of-pearl were originally found in the Red Sea but by the later 19th and early 20th Centuries it became necessary for them to be sourced from further afield. The skills and techniques of the finest mother-of-pearl carving are now all but lost.

Literature:
Richard Pococke, "A Description of the East and Some other Countries, Vol. I: Observations on Egypt", W. Boyer, London, 1743

Now with the International Museum of Nativity Scenes, Greccio, Italy