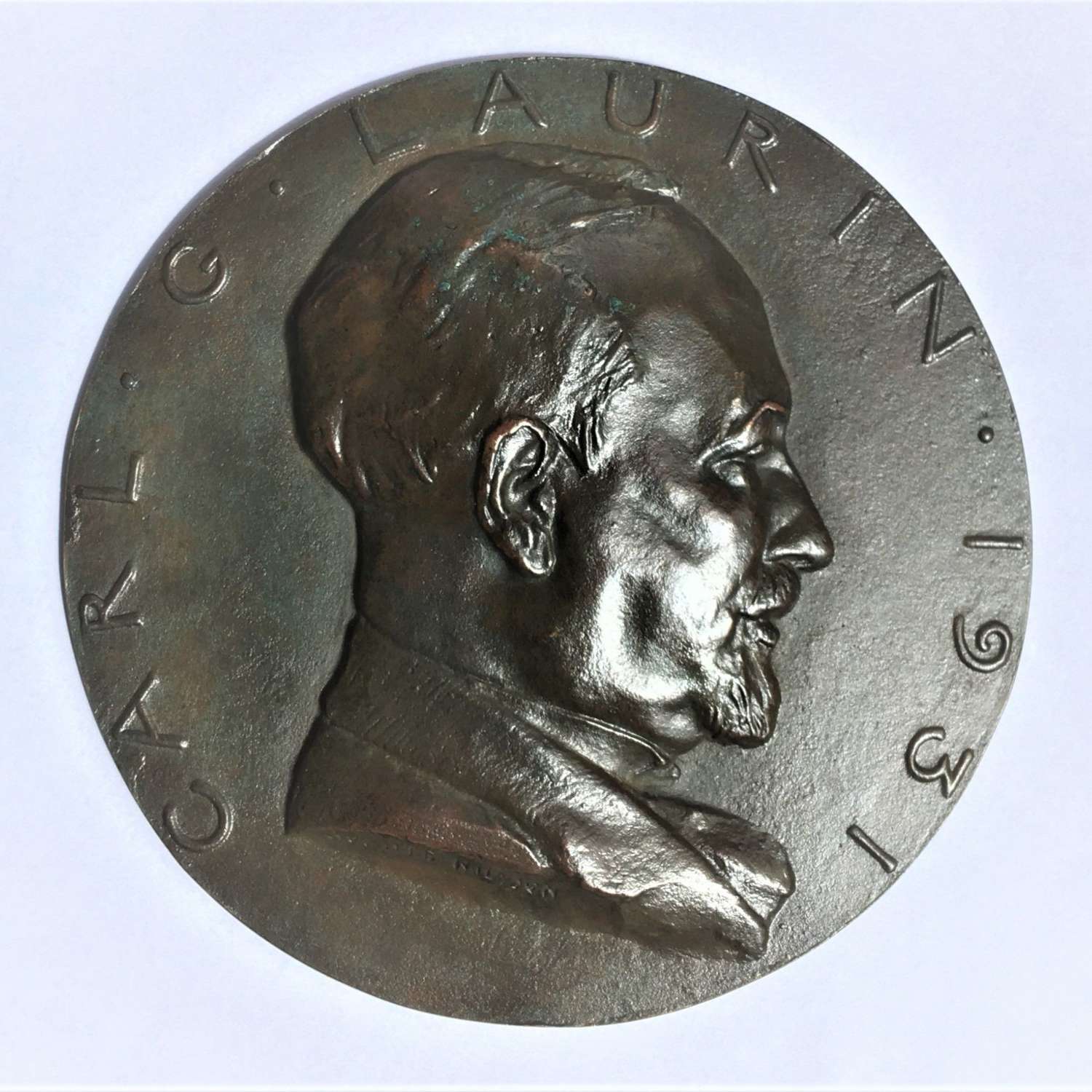 Carl Laurin was the son of the Swedish bookseller and publisher Gustaf "Gösta" Leonard Laurin , (1836-1879). He studied at Uppsala University before travelling to Paris in the early 1890's. On his return he became one of Sweden's leading art historians, art critics, educators and aesthetes.

Carl Laurin's younger brother Thorsten Laurin (1875-1954) was an important art collector. The brothers lived in the so-called Laurinska House, one of Stockholm's landmark buildings, which was named after them.  Carl's apartment there became one of the most important gathering places for Sweden's cultural elite. His portrait was painted by many leading Swedish artists, including a substantial 1905 watercolour by Carl Larson (1853–1919) and an oil by Oscar Björck (1860-1929).

This profile plaque of Laurin was sculpted by Svante Edvin Nilsson (1869-1942), an important member of the Scandinavian emigrée art colonies in Paris before WWI and a leading Swedish medalist and advocate for the modern "plastic arts". Works by Nilsson are held by many of Sweden's important national collections and also by the Musée d'Orsay, Paris.

A version of this plaque is held by the Nordiska Museet, Stockholm [see NM.0317423]