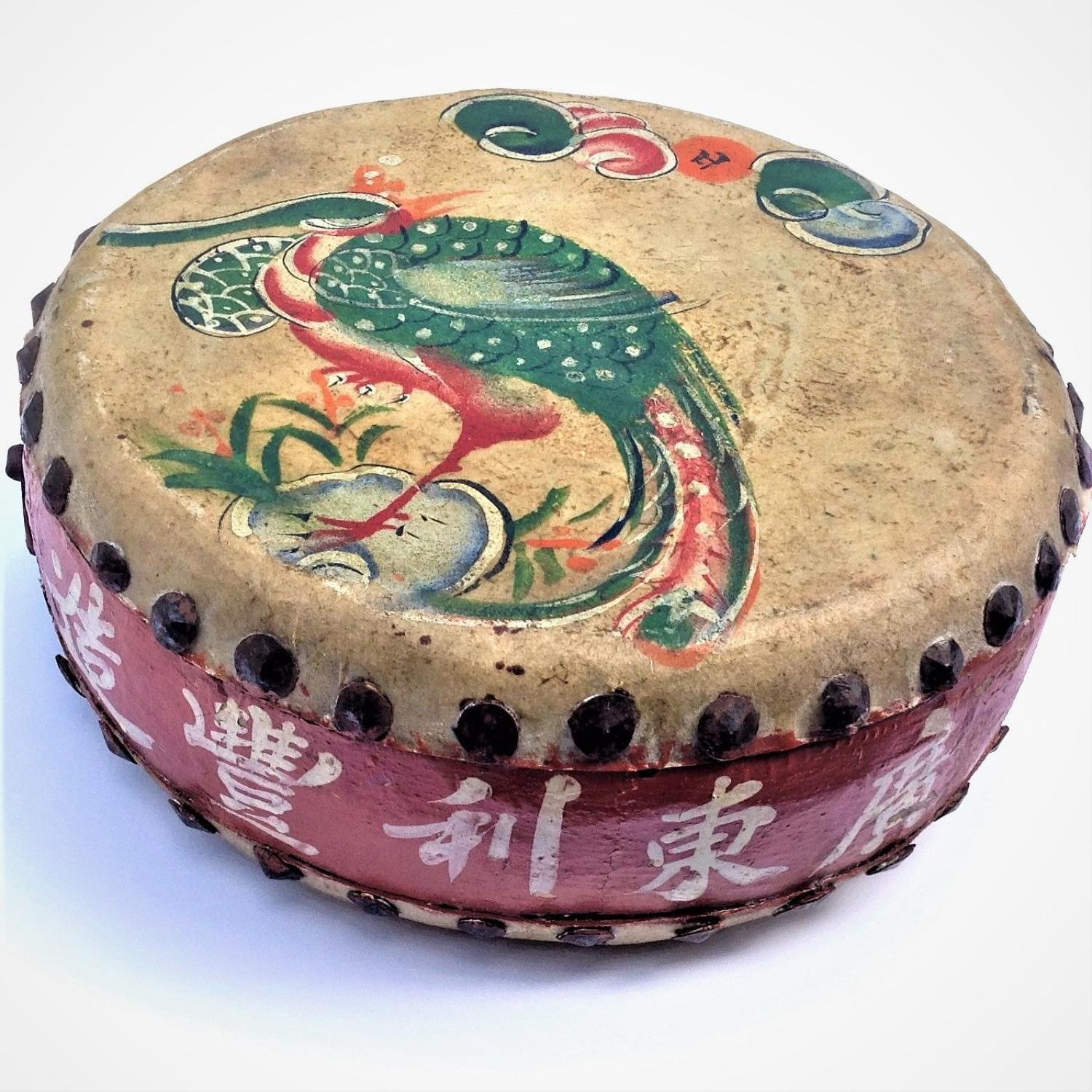 These types of drums are closely related to the traditional Buddhist ceremonial drums which originated in China, Japan and Korea and are often mistaken as such. Their manufacture is sometimes erroneously attributed to Tibetan temples, indicating a ritual use; they should, however, be associated with an altogether different kind of beat and are, in reality, more closely connected to the Charleston than China!

The Chinese tom-tom drum (sometimes called a "tack-head" tom-tom because of the distinctive hand-made nails which hold the painted skins tight) became especially popular in U.S.A. and Europe during the jazz age of the early 1920's. It was seen as the latest exotic addition to the range of percussion instruments.

Canton was a centre for the manufacture for these drums, but they were made to be sold abroad and were exported from China by companies such as Ludwig & Ludwig and the Leedy Drum Company. This particular drum has an inscription around the outside of the shallow “barrel” in Traditional Chinese characters which reads "廣東利豐造" ("Made Guǎngdōng (Canton) by Lì Fēng"). Nothing is known of the maker Lì Fēng but very similar drums are known to have been manufactured by the Haw Chong Company of Fatshan (Foshan) which bear an ink stamp confirming as such on the skins. On almost all the drums the skins are brightly painted with dragons or mythological fenghuang or Hō-ō birds which make a dramatic visual statement and also stress the exotic Oriental origin of the instruments. The distinctive sounds which these drums make also meant compositions in which their beat was used were often announced as “Oriental numbers”.

The front cover of the 1923 Ludwig catalogue “Drums, Tympani & Accessories: The Modern Drummer” shows a percussionist beside an up-to-the-minute jazz age drum kit which incorporates three different sizes of Chinese tom-tom in its set-up. A trio of almost identical drums is illustrated on Page 24 of the same catalogue [Fig 1].

The famous percussionist Buddy Rich, who debut on Broadway at a very early age under the stage-name "Traps: The Drum Wonder", was photographed in 1922 beside a drum kit which includes another almost identical drum [see Fig 2]. Another very similar drum, one of those made by the Haw Chong Co, was owned by James "Jimmy" Blades OBE (1901–1999) and was used by him for the first performance of Benjamin Britten's "The Burning Fiery Furnace" in 19661. This is now held by the Royal College of Music Museum [See RCM Museum Accession No. 2012.536].

The Music Room of an English country house 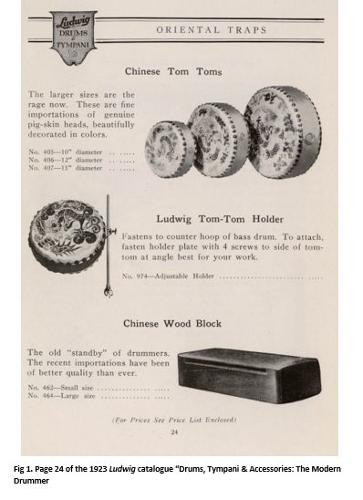 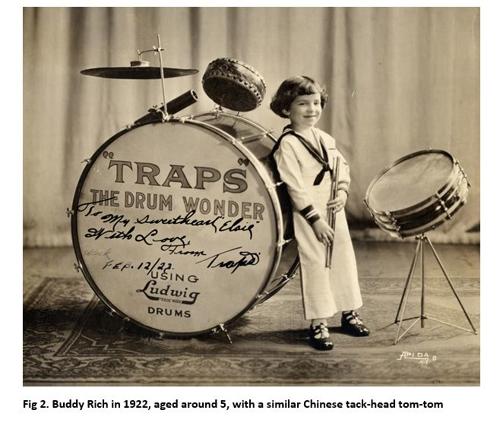 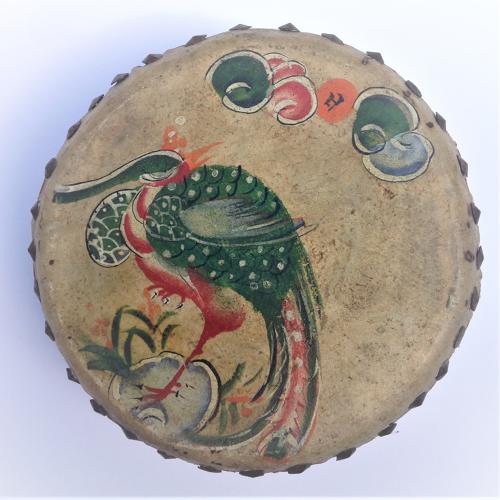 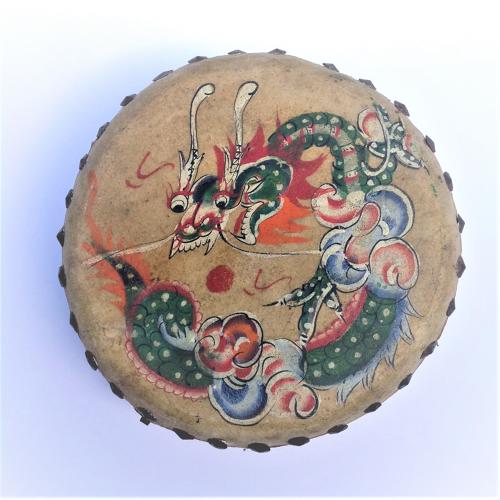 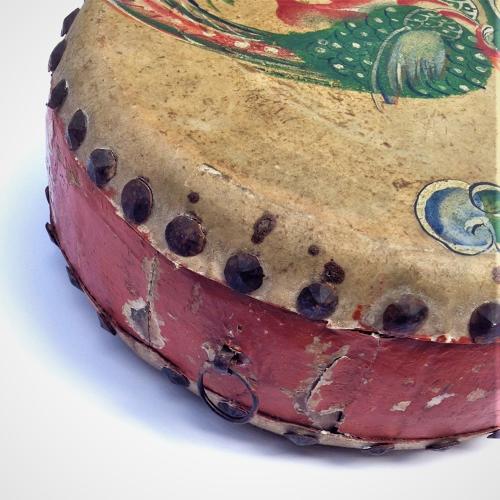 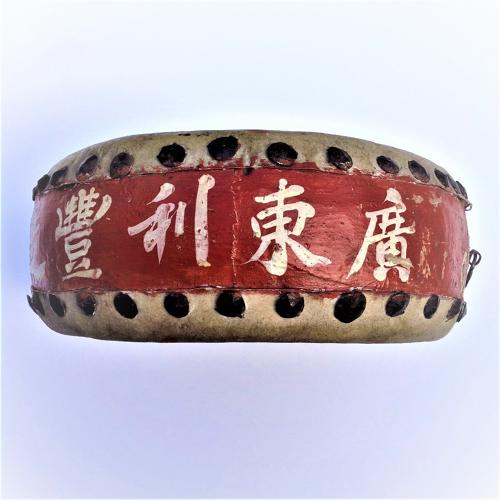 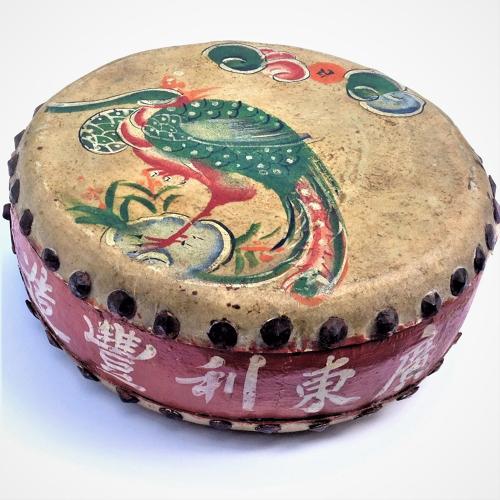