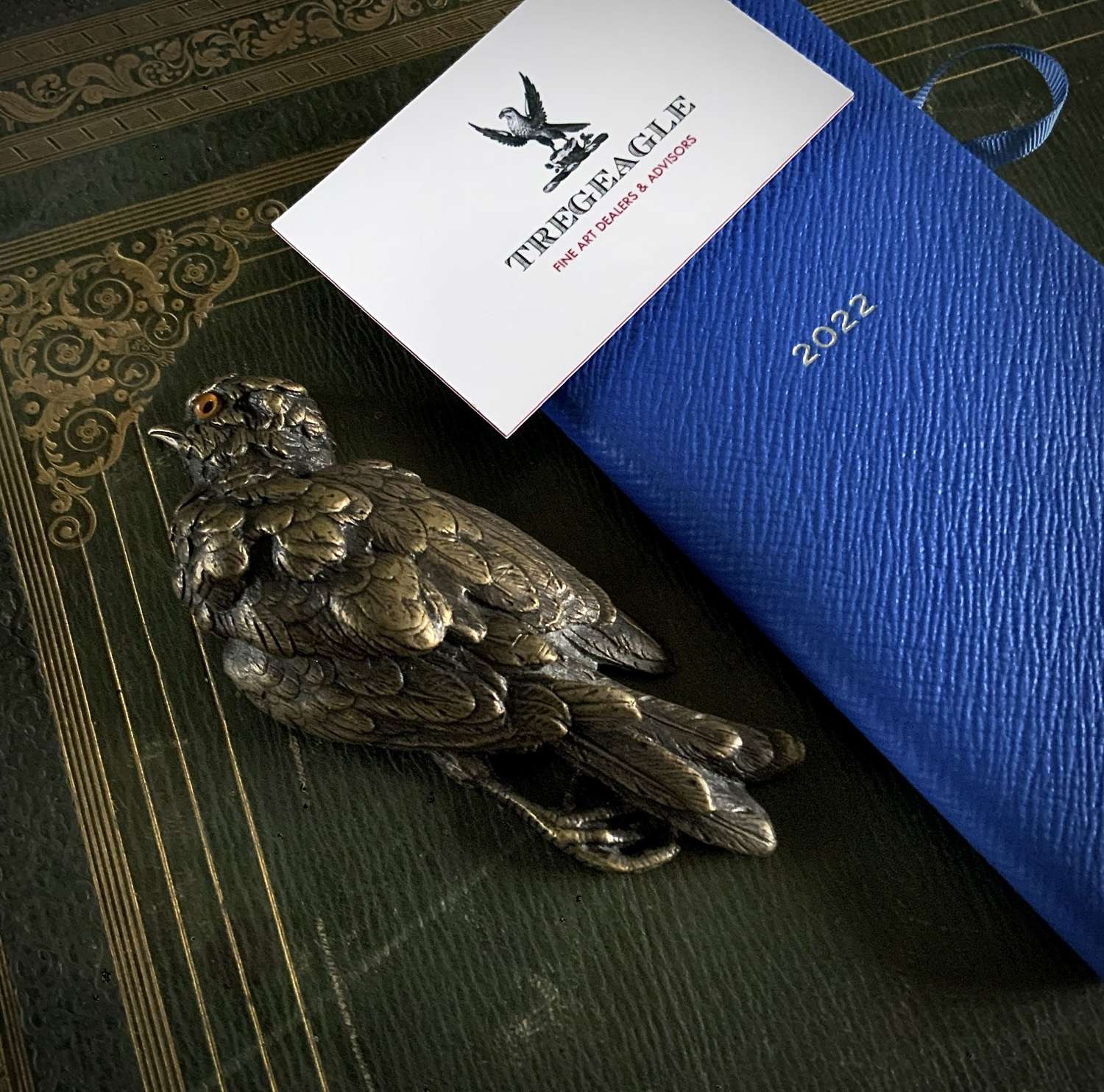 Giving a bronze cast of a dead bird might seem grotesque to our modern sensibilities but during the 19th Century, especially in France, they were supposed to symbolise “Good Fortune”! Some song birds (such as the wren) were seen as metaphors for the outgoing year (with legends they sang on New Year’s Eve). Dead birds therefore represented a farewell to the past and also served as a ‘memento mori’ - but one which was less unpleasant than others. They were also imbued with the idea that, in bringing to mind a small tragedy, a viewer might gain perspective on real-life predicaments.

Some small birds were also seen as bad omens, so having them represented in death symbolised a cathartic end to any bad luck. There is also a resonance with the Grimm’s Fairytale “The Salad”, where a kindly young huntsman is told by an old lady to take the heart from a dead bird, cook it and keep it and, in so doing, he will find a piece of gold under his pillow every morning. The woman tells him “It is the bird’s heart that will bring you this good luck.” Having a gilded representation of dead bird therefore ensured good fortune.

So, rather than being inauspicious, these weird paperweights were supposed to bring happiness and prosperity to a superstitious recipient. (There was also something Bonapartist about them - but it is very difficult to research what this was!)

Apparently they were much in demand as New Year presents during the French Second Empire (reign of Napoleon III). Lazy cataloguing now invariably attributes unsigned ones to the animalier sculptor Paul Comolera (1818-1897), but numerous other sculptors (such as Louis Théophile Hingre (1832-1911) and Jules Moigniez (1835-1892)) made them too. It seems they were very popular for a while and during that time there was quite a market to be catered for by the various French bronze foundries.