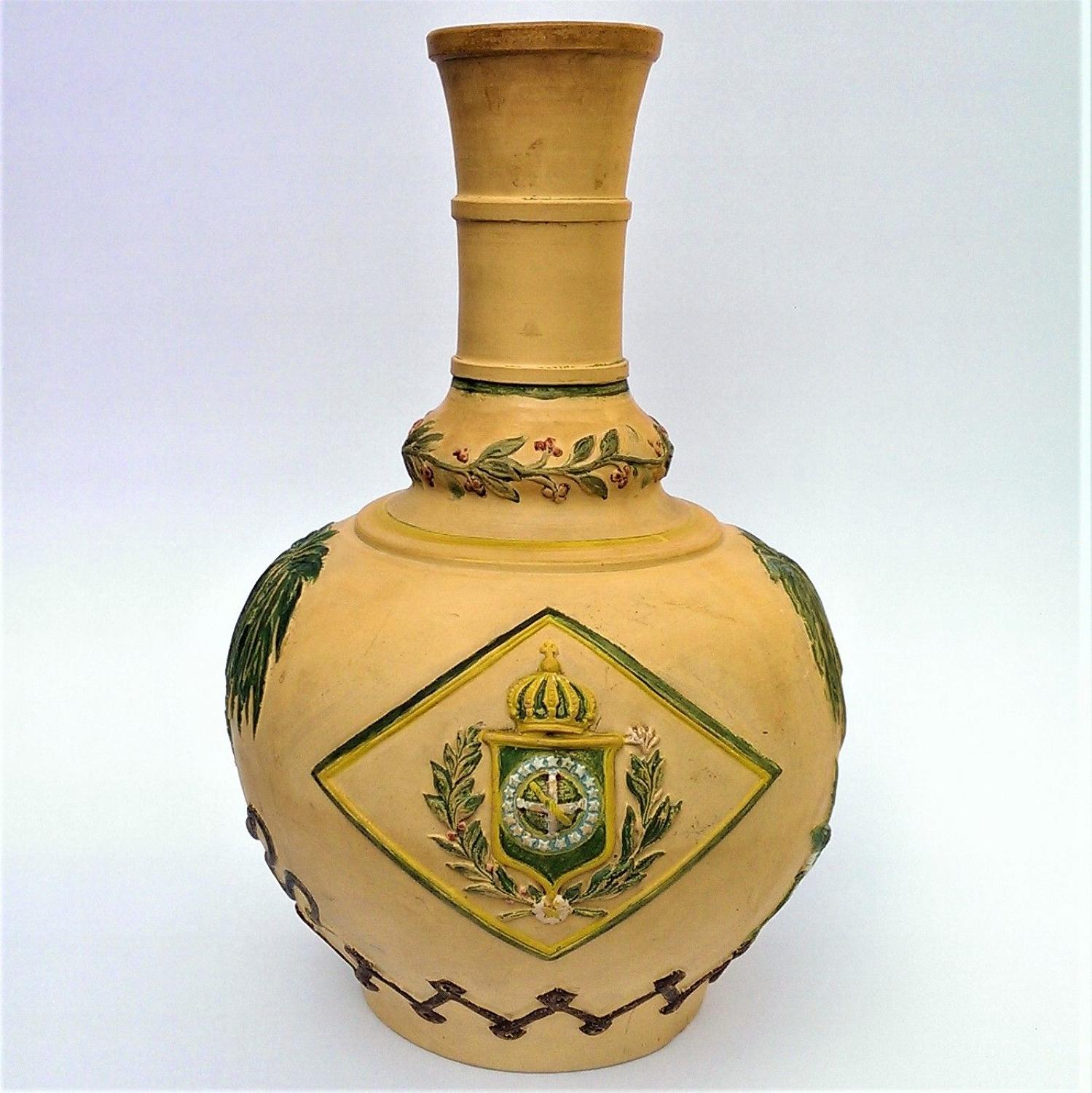 A TERRACOTTA BOTTLE-SHAPED CARAFE
Bearing the coat of arms and national emblems of the Empire of Brazil
Circa mid-1870S
11.42 in. (29 cm.) high

Unglazed with painted polychrome relief moulding, bearing the coat of arms of the Empire of Brazil with a coffee branch (to the left) and tobacco branch (to the right) within a diamond-shaped lozenge between relief moulded national emblems of the palm tree, parrot and snake. The neck decorated with a band of coffee branch and berries and a geometric pattern of Amazonian timber trellising to the bottom. Retaining much of its original polychrome.

Brazil was a monarchy from 7 September 1822 until 15 November 1889. As a colony of Portugal, the Portuguese royal family (the House of Braganza) had sought refuge in their dominion in 1808 (following Napoleon's invasion of the Iberian Peninsula). Brazil became the Portuguese seat of a monarchy in exile until Napoleon was subdued - at which stage the United Kingdom of Portugal, Brazil and the Algarves was formed and King João VI returned to Portugal, leaving his eldest son and heir, Pedro, to govern Brazil as regent. However, Pedro declared Brazilian independence and, as Pedro I, was acclaimed the first Emperor of Brazil - ruling until 24 September 1834. He was succeeded by his son, Pedro II, who ruled as Emperor for over 58 years until Brazil was declared a republic in 1891. Pedro II is viewed as an enlightened monarch who steered his country towards modernity.

This carafe is in a popular shape which could serve either as a water bottle, wine decanter or decorative vase.  It is possibly of English manufacture but was certainly commissioned for some Brazilian national function – most probably for the residence of Francisco Inácio de Carvalho Moreira, Baron de Penedo (1815-1906). Dom Penedo served at the Brazilian Empire’s Ambassador in London from 1855, though the “Christie Affair”, up until the military coup which saw the Brazilian monarchy deposed and he finally resigned, feeling unable to serve the new government.

His residence at 32 Grosvenor Gardens in Belgravia, near Buckingham Palace, was famous for its lavish receptions, with over 60 guests regularly being entertained to banquets prepared by the celebrated chef Cortais (who had formerly been retained by a Russian Grand Duke). The Prince of Wales (the future Edward VII) and his wife Princess Alexandra of Denmark were frequent visitors, as was the banker Lionel Walter Rothschild (with whom Baron de Penedo successfully negotiated various loans on behalf of his country). On his second visit to London in 1876, Pedro II of Brazil was compelled to ask his envoy to account for the source of his wealth - since the rent alone of the ambassador’s mansion amounted to well over half his official finance allocation.

This carafe is a rare survival from a fascinating period of Brazil’s history. 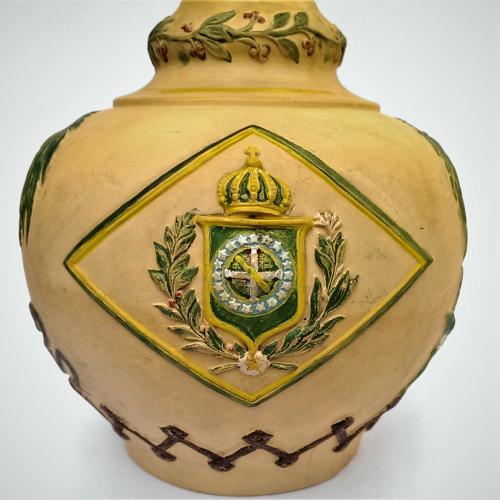 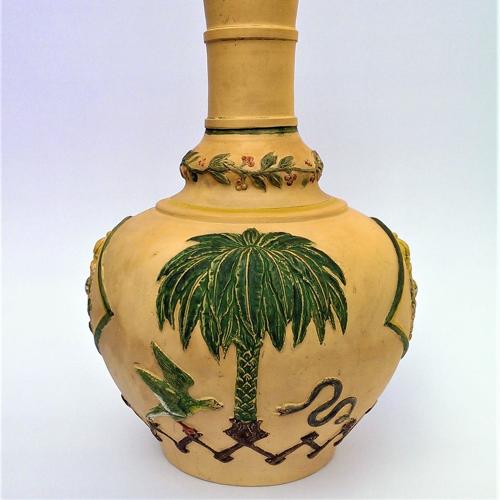