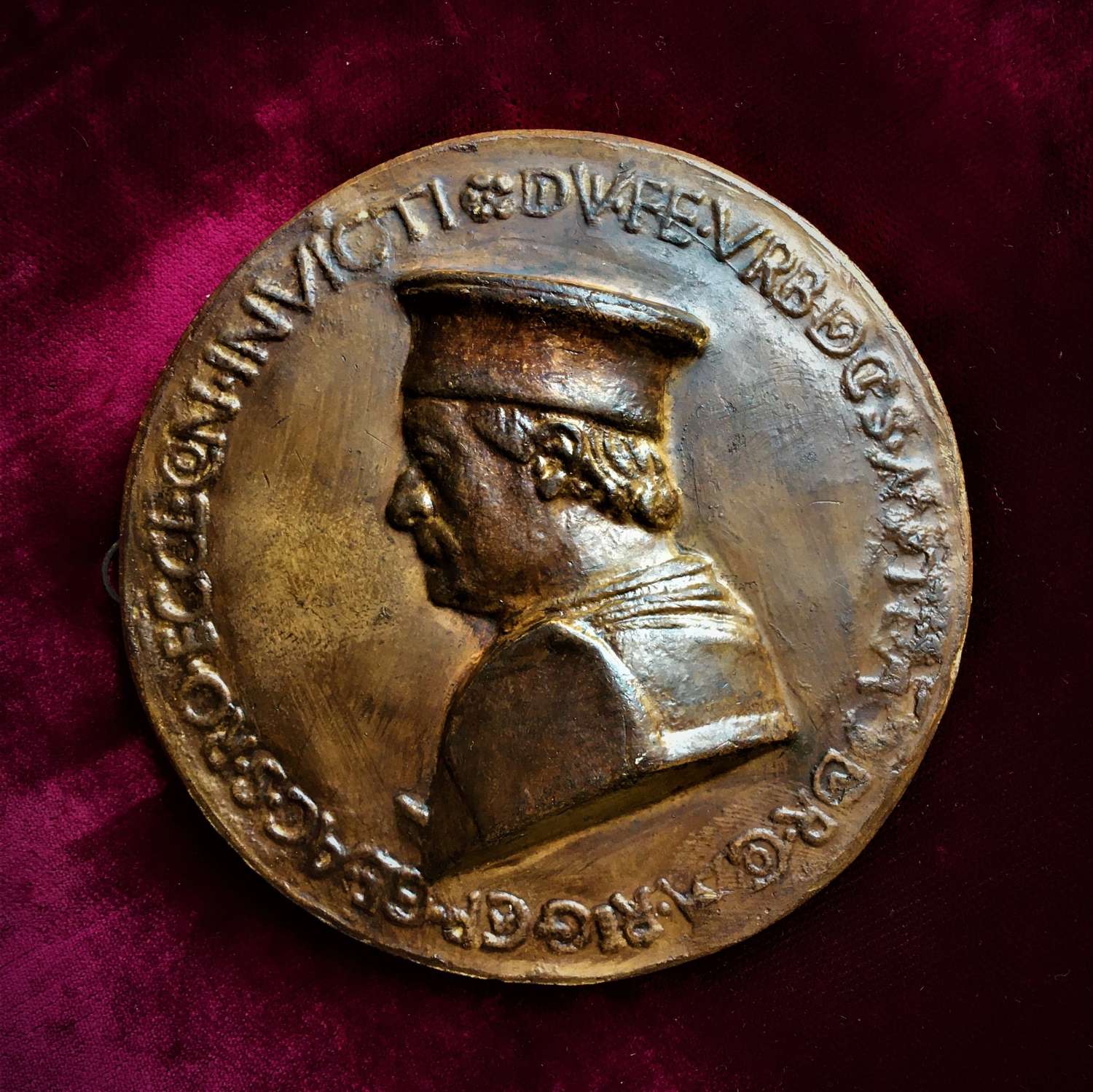 The image of Federico, Count of Montefeltro and Duke of Urbino (1422-1482) is probably most famous from his painted profile portrait by Piero della Francesca. The Duchy of Urbino was particularly prosperous during the reign of Federico who became known as "The Light of Italy". An illustrious figure in humanist and Italian Renaissance culture, he was made a Knight of the Garter by Edward IV in 1474.

The Mantuan-born artist Sperandio was active throughout northern Italy. The original medal was probably modeled immediately after Federico's death.

This is a fine 19th Century cast modelled from a particularly good original example.