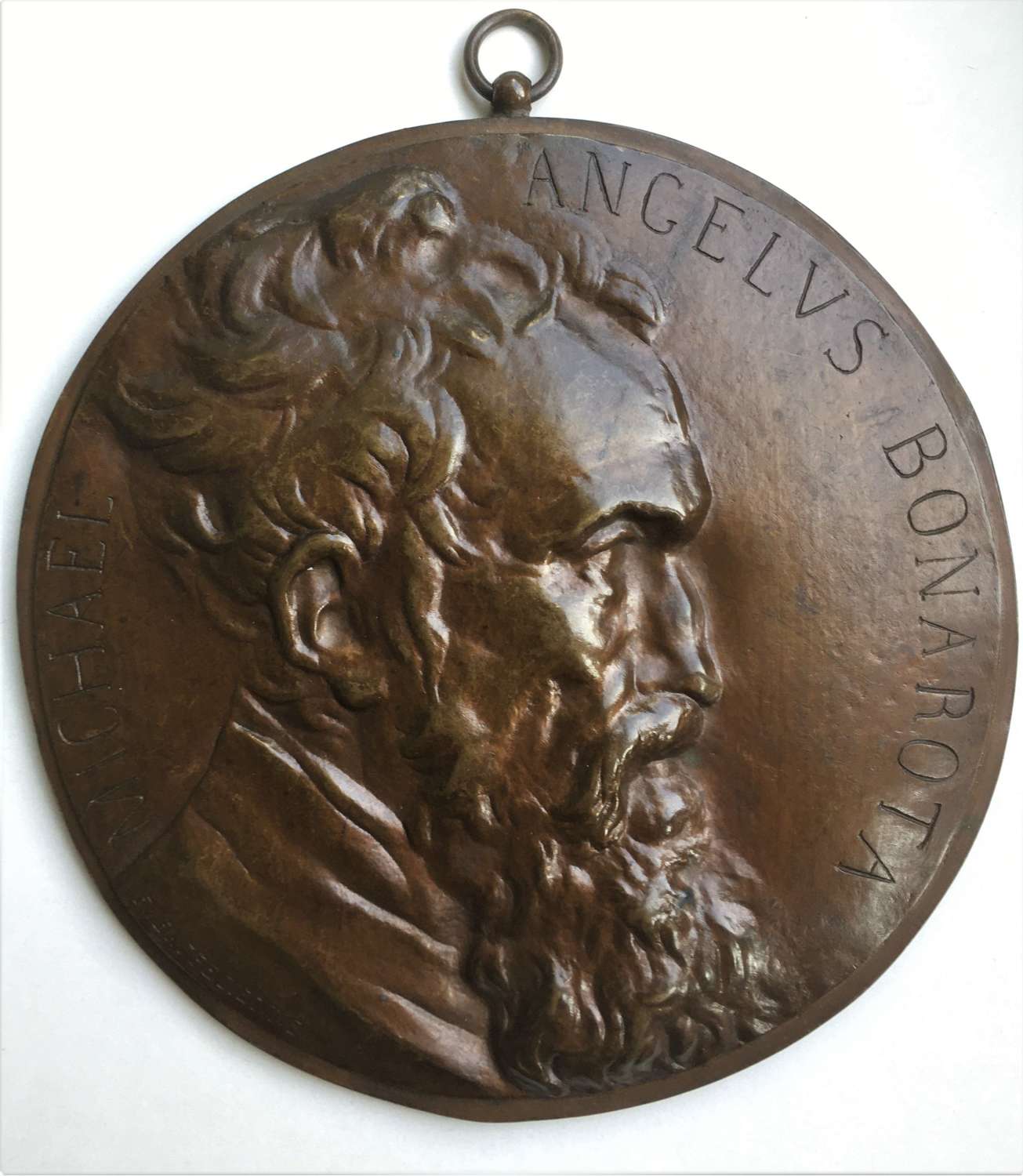 The profile is a faithful three-dimensional interpretation by Ferdinand Barbedienne of the bust-length engraved portrait print of Michelangelo produced by Giulio Bonasone (c.1498–after 1574) and dated 1546. Bonasone's original image was made when Michelangelo was 72 years old and was accompanied by the inscription "Quantum in natura ars naturaque possit in arte, Hic qui naturae par fuit arte docet." ["The extent to which Art can imitate Nature and Nature may imitate Art, is taught by he whose art was equal to that of nature"].

In addition to being a sculptor in his own right, Ferdinand Barbedienne (1810–1892) was one of the most eminent 19th Century Bronziers working in Paris, running a very succesful bronze foundry producing the work of other sculptors and copies, often in miniature, of celebrated sculptures from the past. During the Franco-Prussian War his firm briefly switched from the manufacture of art-bronzes to the casting of cannons.