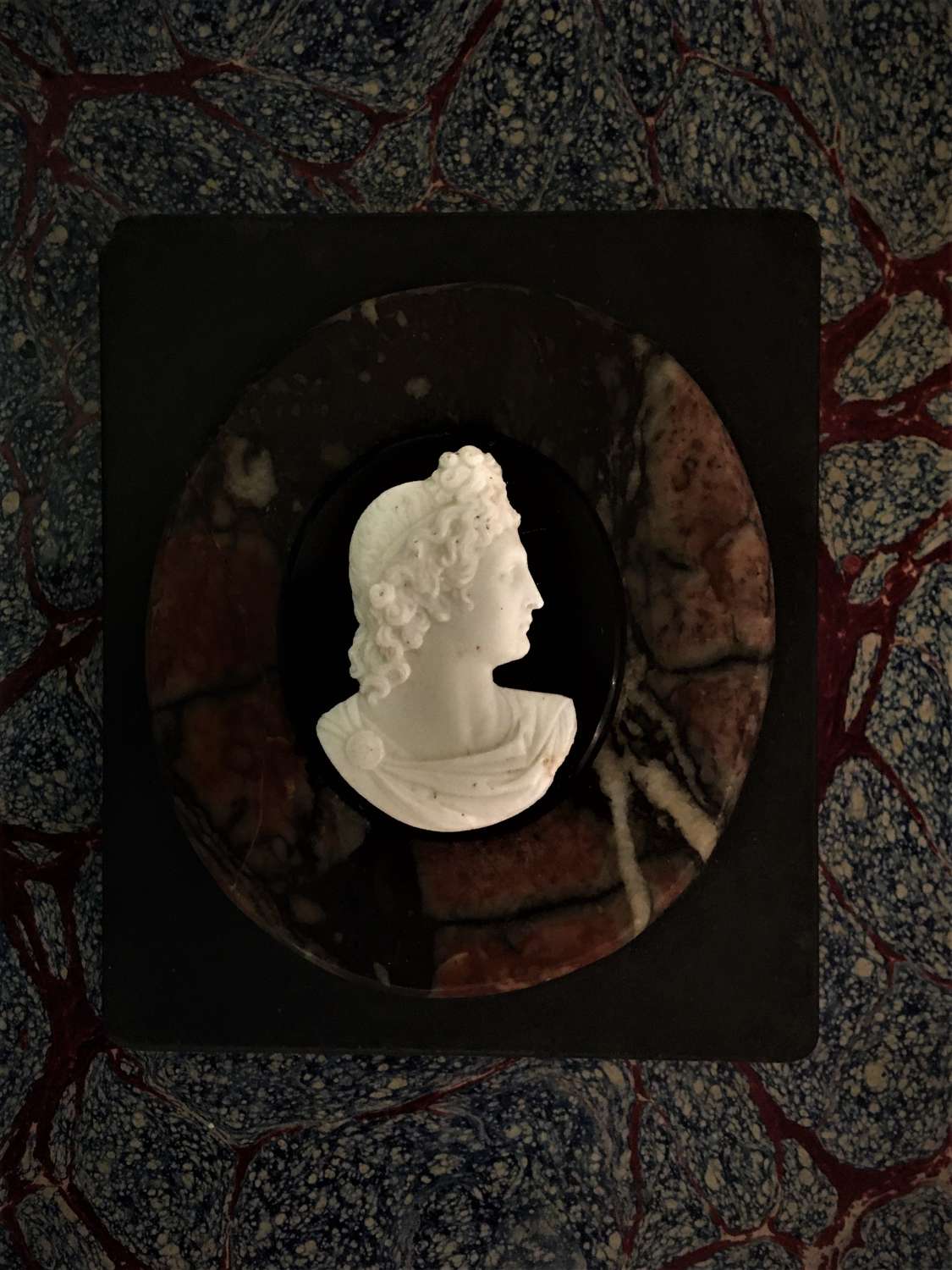 This head is taken from the famous 'Apollo Belvedere', also called the Pythian Apollo, a celebrated marble sculpture from Classical Antiquity which was rediscovered in central Italy in the late 15th Century. The statue was displayed during the Renaissance in the courtyard of the Belvedere in the Vatican from the early sixteenth century onwards. From the Mid-18th Century the Apollo Belvedere was considered by neoclassicists to be the greatest ancient sculpture. It epitomized the ideal of aesthetic perfection for European art historians and Grand Tourists. It was taken to Paris in 1798 at the time of the Treaty of Tolentino and remained there until it was returned to Rome in 1815.  It can now be seen in the Vatican Museums in the Gabinetto delle Maschere of the Pio-Clementine Museum. 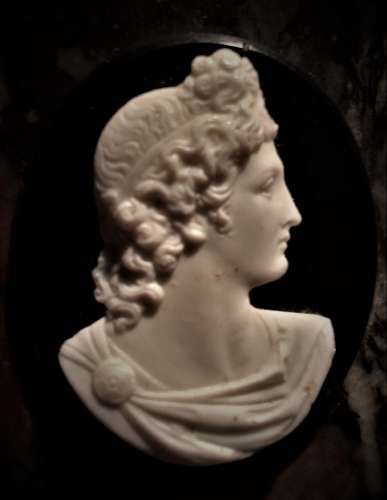