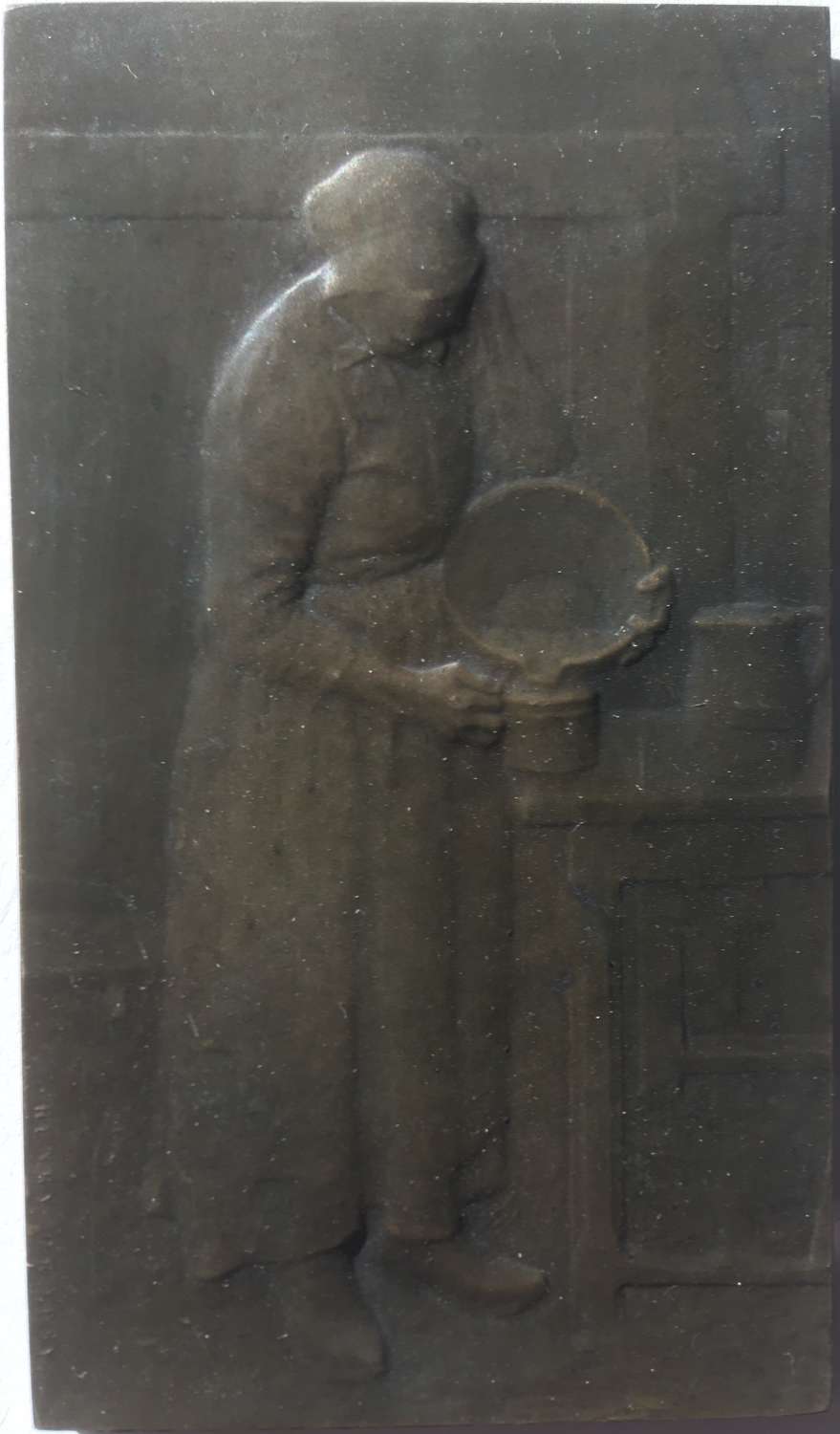 A woman, wearing a long dress, bonnet and clogs, stands beside a table looking down as she watches herself pouring milk from a lipped dairy bowl into a jug. Softly modelled, extremely fine and attractively patinated.

Henri Dropsy (1885-1969) was one of the most influential French medallists of the first half of the twentieth century. He trained a generation of French medallists through his directorship of the medal-engraving studio at the École des Beaux-Arts in Paris from 1930 until his retirement in 1955.

Henri Dropsy was the son of the medalist Jean-Baptiste Émile Dropsy (1848-1923) from whom he received his first tutelage. He studied at the École des Beaux-Arts under Gabriel-Jules Thomas (1824 –1905), Jean-Antoine Injalbert (1845–1933), Frédéric-Charles Victor de Vernon (1858-1912) and Henri-Auguste Jules Patey (1855-1930). From 1907 he exhibited at the Salon of the Société des Artistes Français. In 1908 he was awarded the second place in the Prix ​​de Rome for medal engraving; a Third Class medal at the Salon in 1912; a silver medal in 1914 and a gold medal in 1921. He received a travel scolarship in 1922 and was the recipient of a Medal of Honour in 1929. From 1930 he was professor of medal engraving at the École des Beaux-Arts (Professeur de gravure en médailles). He was made a Officier of the Légion d'Honneur and an Officier in l'Ordre des Arts et Lettres. He served as President of the Académie des Beaux-Arts in 1952.