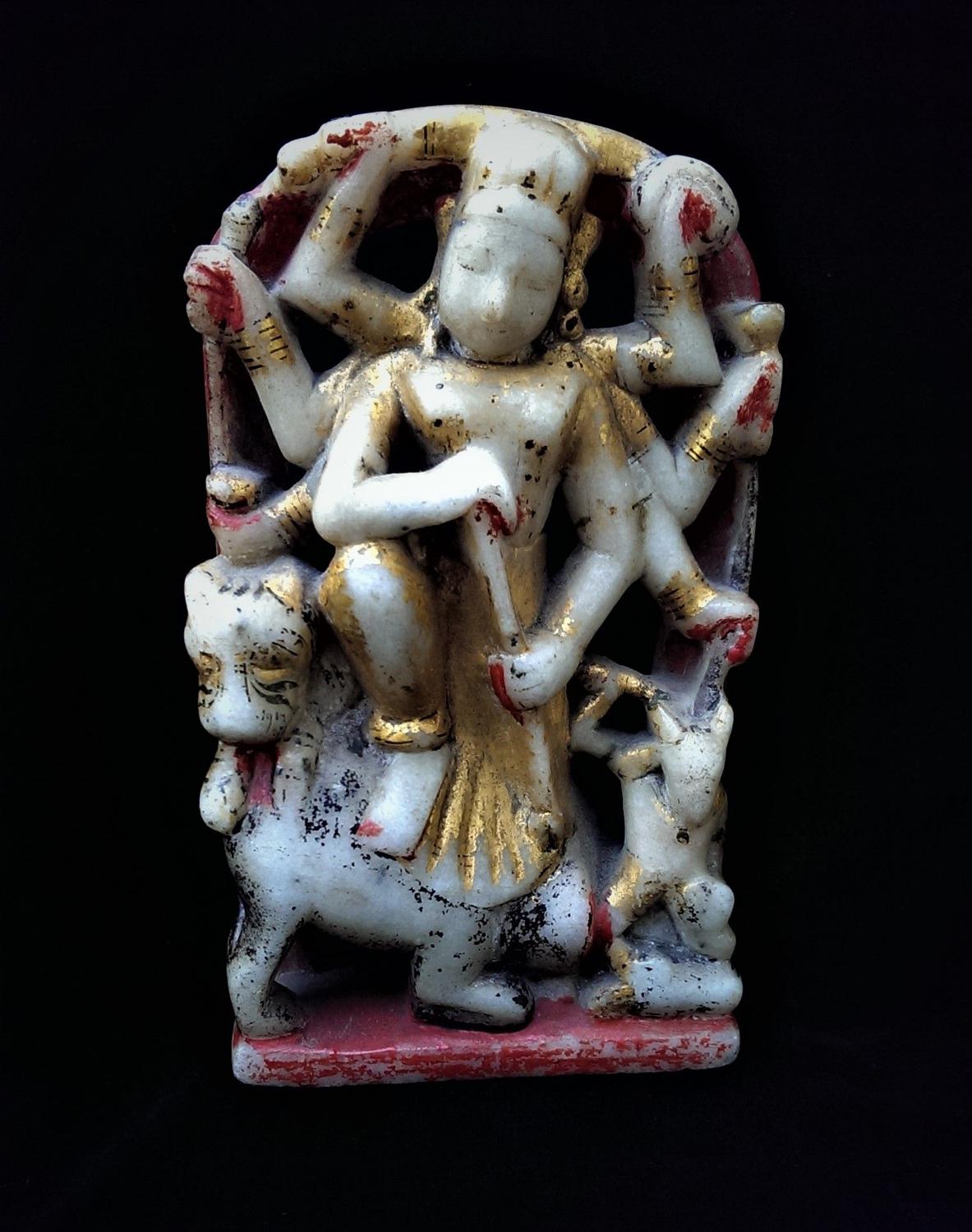 Jaipur craftsmen were particularly famed during the 19th Century for their brightly painted soapstone (alabaster) images of Hindu and Jain deities. This carving here, depicts Durga slaying the buffalo demon Mahishasura. The battle between Durga (an invincible goddess of victory) and Mahishasura (a manifestation of evil) is described in various Hindu texts. Durga is depicted with multiple arms and various weapons gifted to her by the gods, mounted on a tiger.

According to the legend Mahishasura meditated for thousands of years in order to please Brahma. Impressed by his devotion, Brahma offered to grant him a wish. The cunning Mahishasura asked that no man or god to be able to kill him - Brahma duly granted the wish (wisely noting to himself that this still left Mahishasura vulnerble). Using his new found invincibility, Mahishasura went about doing what he pleased, his actions eventually threatening to destroy the whole world. Therefore, the gods manifested Durga who, incarnate as a goddess, was able to overcome and destroy Mahishasura, afterwards becoming known as Mahishasuramardini meaning "the slayer of Mahishasura".

The Ashmolean Museum, Oxford holds a group of similar statuettes which were presented to them by the Maharaja of Jaipur. These clearly all originate from the same workship as the statue here.  See the Ashmolean Museum's Mughal India Gallery (EAX.2520; EAX.2521; EAX.2524; EAX.2525 etc). 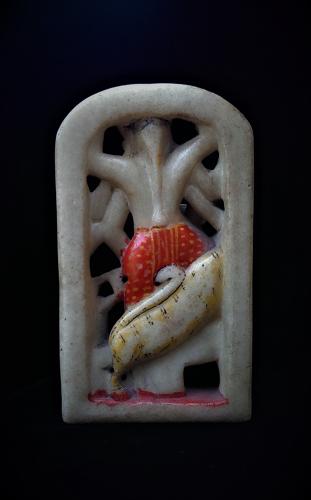 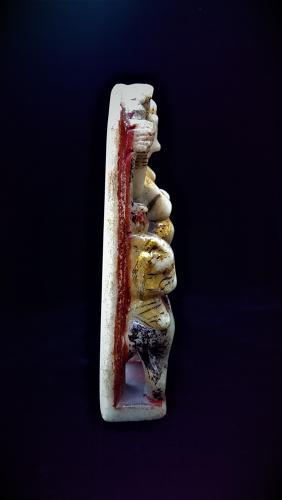 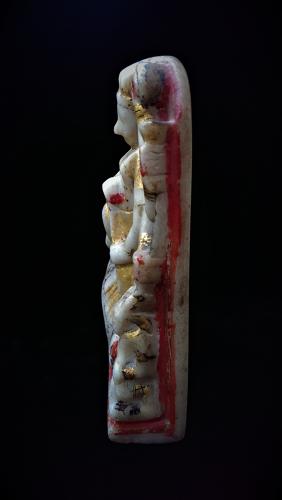