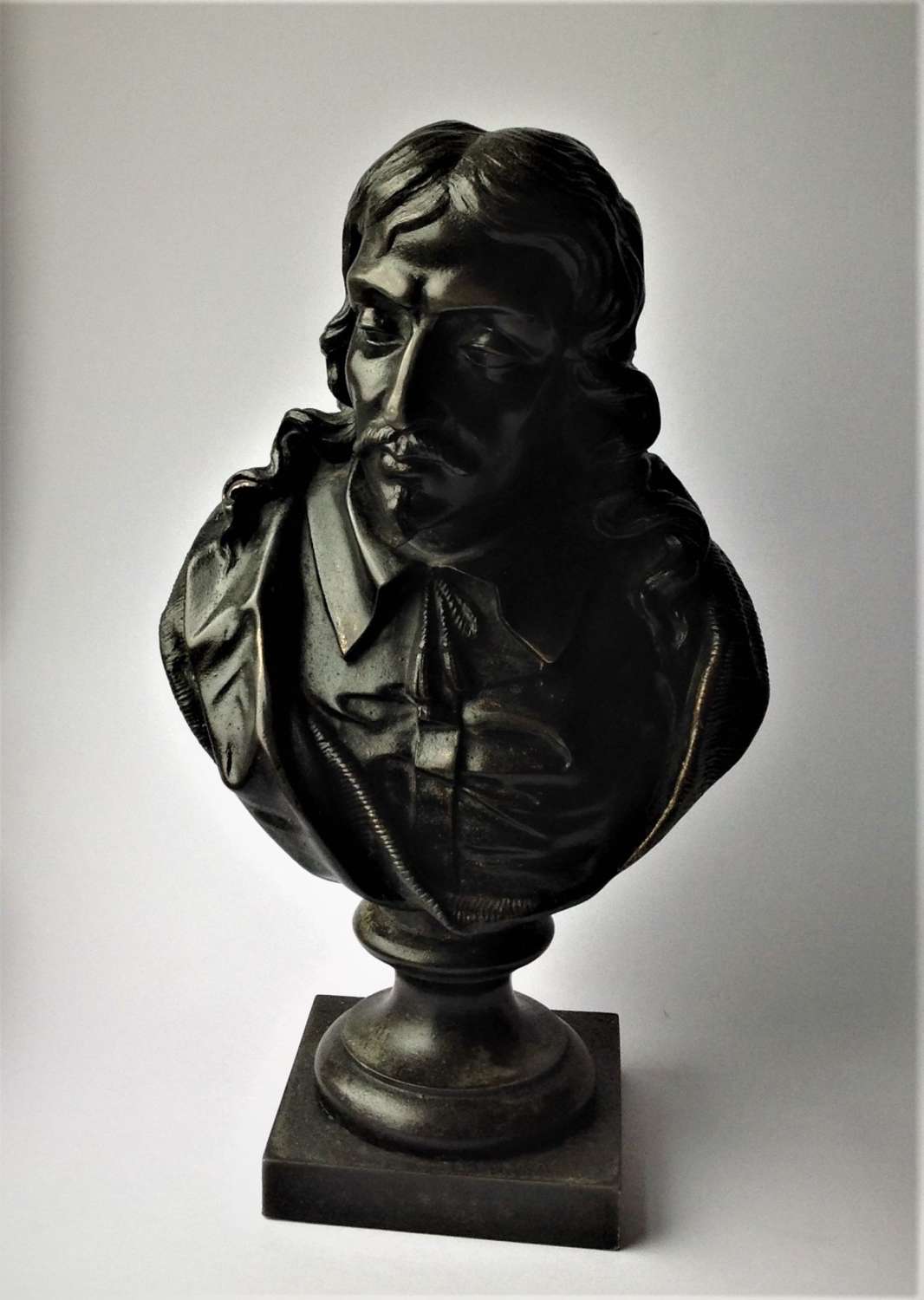 This bust of Milton is one of a number of similarly-sized casts of famous historical British authors which were modelled by the French sculptor Ernest-Eugène Hiolle; including Shakespeare, Lord Byron and Sir Walter Scott.  In an endeavour to create original works of art, rather than relying on other precedents which were merely copies of other busts, Ernest-Eugène Hiolle appears to have scoured original sources to break with the conventional representations. Although usually depicted as clean-shaven, Hiolle has portrayed Milton in his youthful prime, sporting the kind of moustache and goatee which would have been fashionable in the 1640's. For this reason the bust seems to be based on an engraved image of Milton by William Marshall (1617-1649), which appeared as the frontispiece to Milton's 'Poems', published in 1645 (see BM P,3.200). This has a good case for being an authoritative likeness (though the humorous verses in Greek by Milton which accompanied the original print indicate the poet denied that it bore him any resemblance). Other images which show Milton with facial hair are the John Faber Jr mezzotint of "Johannes Miltonus" published in the 1740's, after the portrait owned by Cuthbert Constable (see NPG D5688) and also the so-called "Strawberry Hill Portrait" by Vandyke, once considered to be a likeness of Milton and published as such by Sylvester & Edward Harding in 1796 (see BM 1908,0810.6).1

As well as historical portrait busts, Ernest-Eugène Hiolle specialized in classical, contemporary and allegorical sculptures. He was born the son of Hipolite Hiolle, a cabinetmaker in Valenciennes, and began his artistic studies at the Académies des beaux-arts de Valenciennes, where his master was Laurent-Séverin Grandfils (1810-1902), before moving to the École des Beaux-Arts in Paris and becoming a pupil of François Jouffroy (1806–1882).  In 1862 he won the sculpture section of the prestigious Prix de Rome (he had already achieved the second prize in 1856). This allowed him to stay at L'Académie de France à Rome in the Villa Médicis from 1863 to 1868 and he married during his time in Italy.

From 1866 he exhibited at the Salon and won medals in 1867 and 1869 and a gold medal in 1870. He was awarded a Medal of Honour at the Exposition Universelle in 1878. He sat on the jury of the Salon from 1886-1889 and served as Professeur de Modelage at the École des Beaux-Arts in Paris. He was a Founder Member of the Société Des Artistes Français and was made a Chevalier of the Légion d'honneur in 1873. 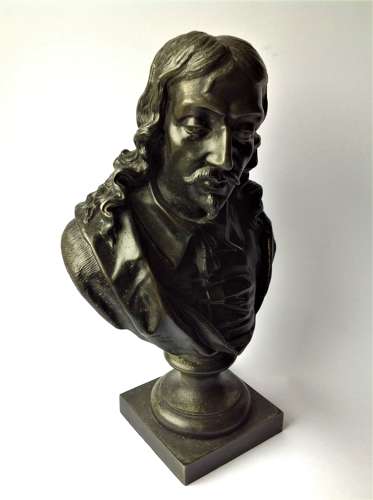 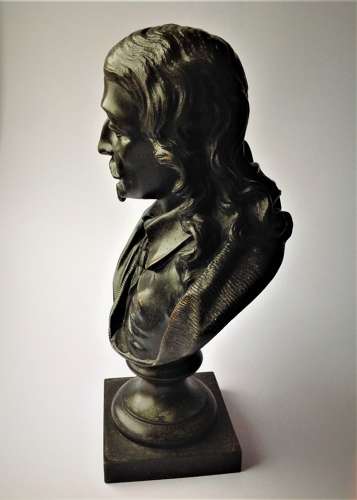 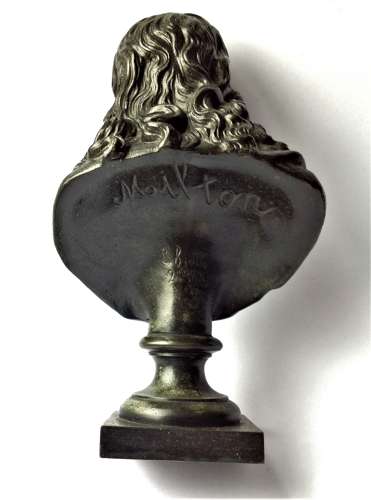