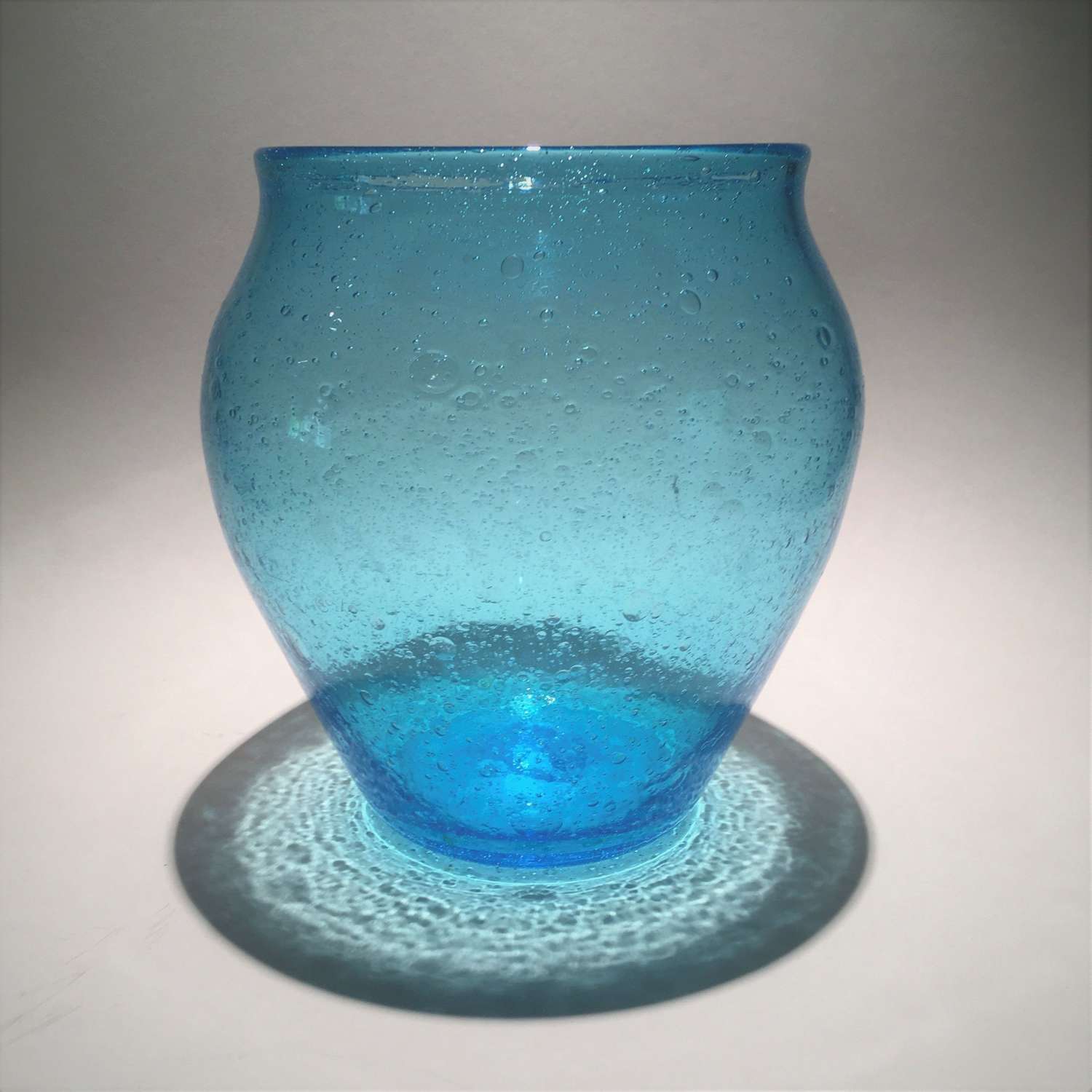 In 1927 William Riley took over as the Director of the John Walsh Walsh Glassworks in Birmingham. Riley was married to Catherine Walker (the great grand-daughter of John Walsh Walsh). He was a qualified engineer and, under his leadership, the company developed a number of innovative new processes and ranges.

The vase here is a striking example from the ‘Pompeian’ range, introduced by Riley at John Walsh Walsh in 1929. The glass incorpotates a high number of air bubbles within the glass, in imitation of the early Roman glass found at Pompeii. 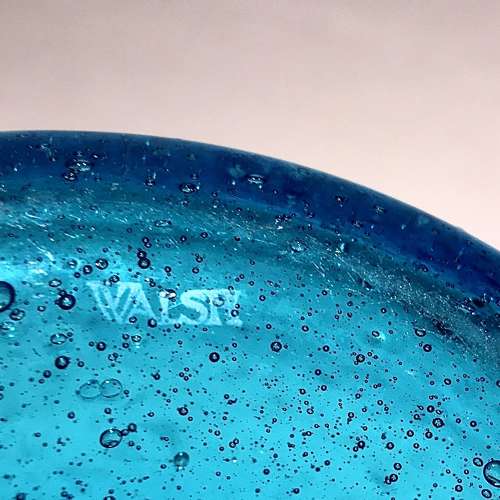