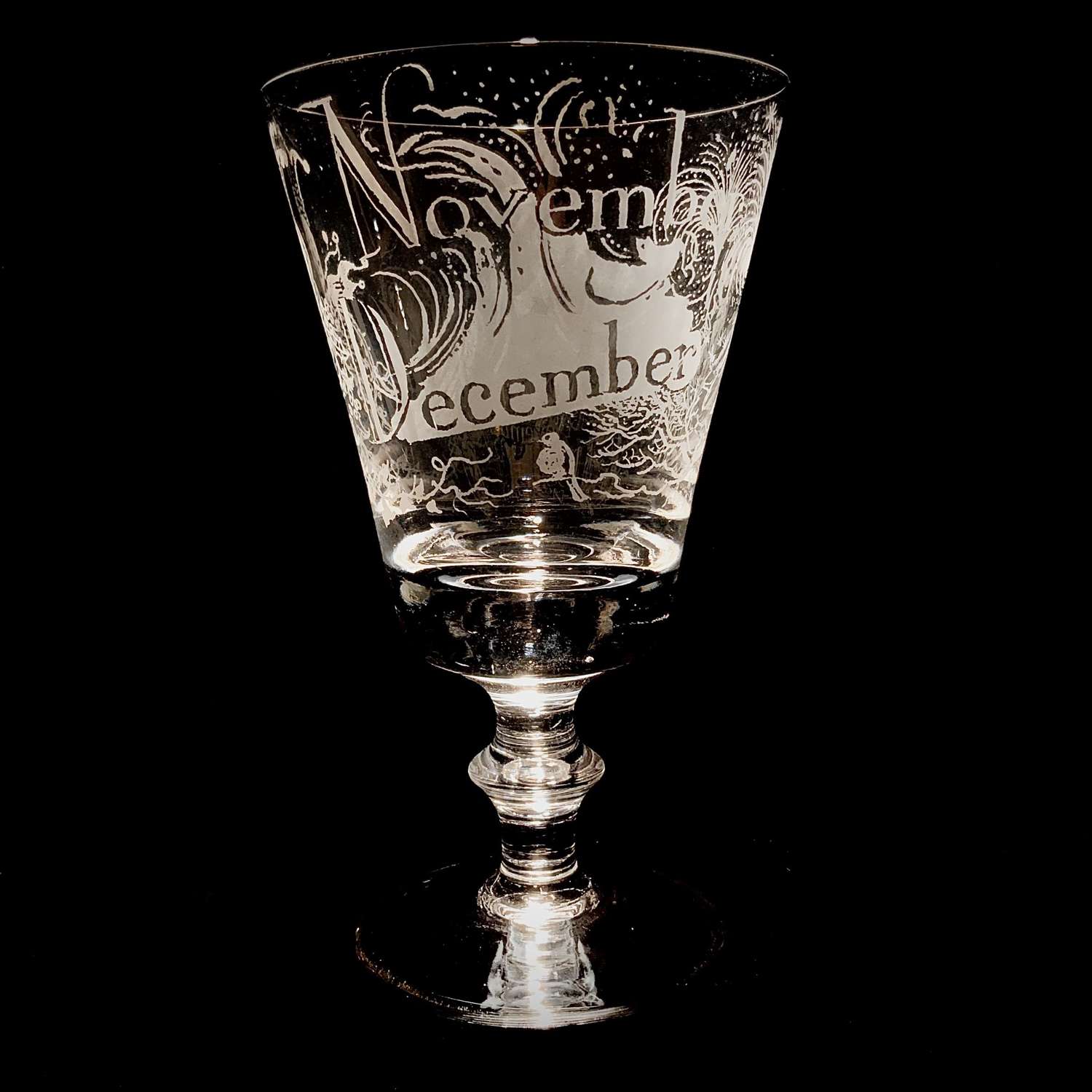 John Stanton Ward is known to have produced designs for Nazeing, but it is not certain that this goblet is one of these pieces - it may have been produced by another British glassmaker. The design is one of six, each depicting two months of the years. Various sets of these have been identified but it is not known how many where made in total or whether they formed a limited edition.

This “November/December” goblet is etched with an illustration of a "Guy" on bonfirenight, surrounded by exploding fireworks on one side and a crowned Christmas pudding with a spilling sprig of holly and ivy to the other. A robin sits in the middle beneath the names of the months. 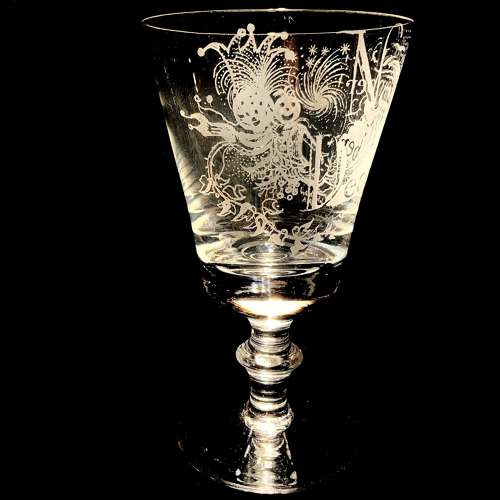 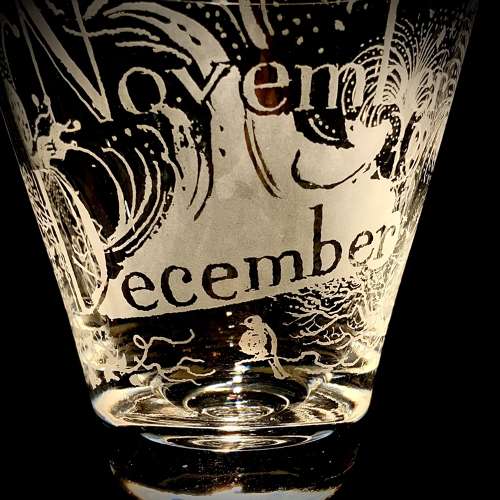 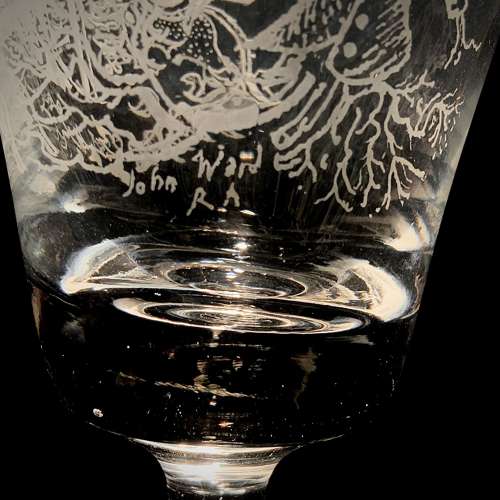 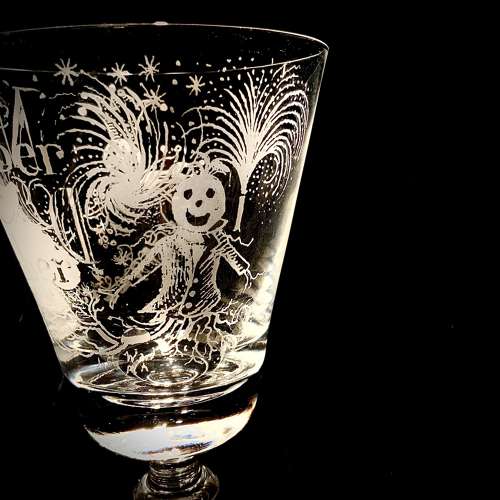 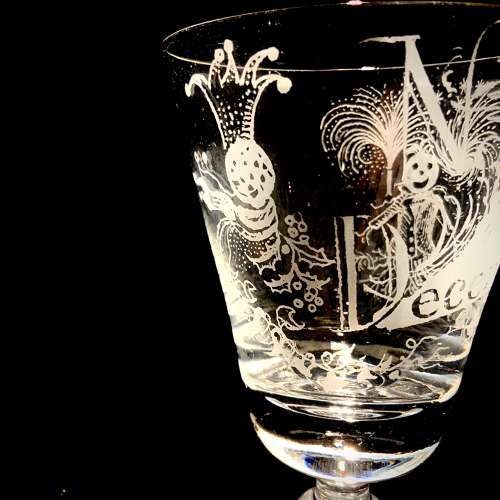